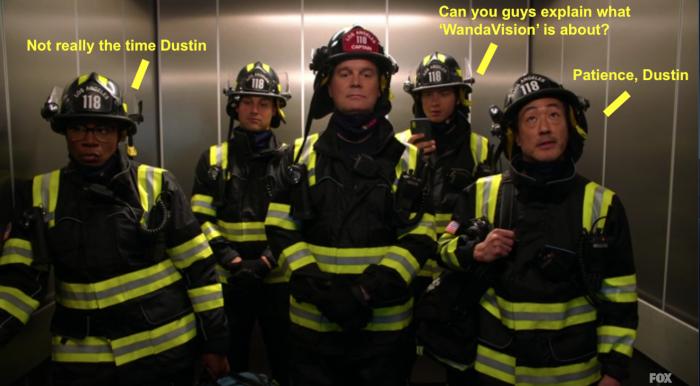 Do you have a food that you can’t keep in the house, because you’ll eat it all immediately?

I only ask because it happened to come up on this week’s episode of Podjiba (a podcast that remains nominally about television, mostly), and it’s a real conundrum, because obviously if I can’t keep a particular food in my home, it also means that I enjoy the food, but my lack of self-control means that deprivation is the only real solution.

For me, this food is hummus. Anytime I buy some hummus (along with something with which to scoop said hummus, like pita bread or chips or vegetables hahahaha let’s be honest it’s always pita bread or chips), expecting that it will last for several sessions of snacking, it is immediately, inexplicably emptied. It’s also a lesson I tend to forget and re-learn every few months.

Anyway, for the foods that Dustin and Tori can’t stop eating (and a pretty delightful Tori story that goes back to her childhood), you’ll have to listen to the top of today’s episode.

Where were we? Oh yes, television!

- This week we are graced by the return of Dustin’s Riverdale Recap! In which Dustin continues to find his way around his seven word cap.

- Tori, er, walks us through the Walker premiere!

- We catch up on some recently returned network dramas, including 9-1-1, Prodigal Son, and The Rookie!

- Then, we end with a return to WandaVision!

Did you watch any of these this week? Follow up: do any of you know who ate all of my hummus?

(Podjiba can be found wherever you get your podcasts, or embedded below, or downloaded directly from this link. Like the show? If you do, maybe consider rating and/or reviewing us on Apple or any of the other fine podcast providers! Something about the algorithm means that it will help us. Please and thank you!)

← Morning Briefing: More Vaccine is Coming, But So Are the Variants | First Look: Kristen Stewart Makes for a Convincing Princess Diana →