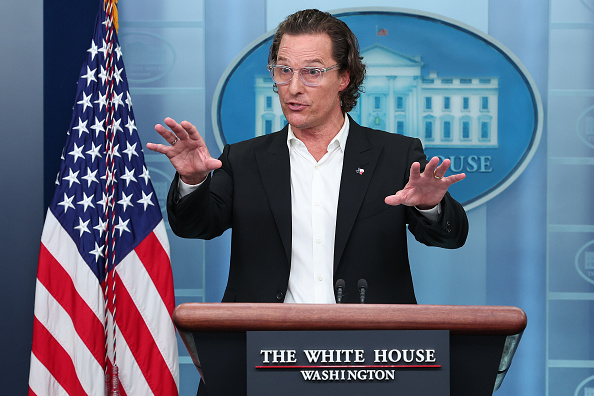 Matthew McConaughey, who was born in Uvalde and spent the last week back in his hometown talking to the parents, family members, and others associated with last week’s mass shooting, spoke today at the White House. It is not your typical speech from a Hollywood celebrity, and here’s a quick 40 seconds to illustrate that:

I watched that 40 seconds and found myself searching out the rest of the speech, which is as powerful, tearful, and as seemingly genuine as anything that’s been delivered on that podium in a very long time. I don’t have much to add to it, but I do want to do our part in ensuring that as many people see it as possible.

Will it make a difference? I don’t know, and based on the reporter — probably from Fox News or OAN — yelling out, “Are you grandstanding, sir?” at the conclusion of his remarks, I have my doubts. But we don’t stop trying.


← Review: 'Crimes of the Future' Is a Science Fiction Opus for the Sickos | Happy Pride, Folx: 'Gentleman Jack' Is Still a Damn Good Show →