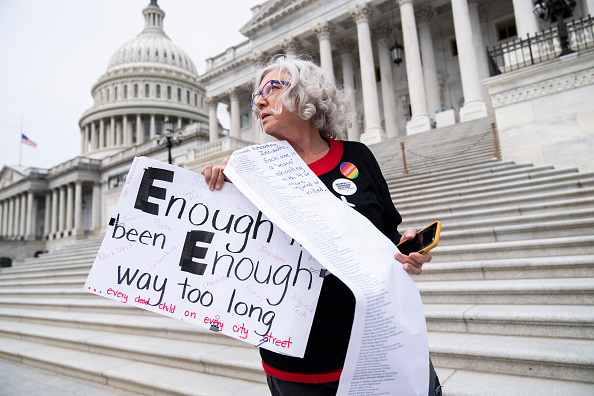 Don't Stop What You're Doing

Every day, I wake up and unload the dishwasher. I get the kids ready for school and send them off, clean up their messes when they come home after and eat everything in the snack pantry, make them yet another dinner, clean up their mess again, and reload that dishwasher. It’s the endless cycle of life. Sometimes it gets better (they make their own school lunches now!), and sometimes it doesn’t (they still haven’t figured out how to pick up a goddamn sock). Mostly, the cycle endlessly repeats itself.

It’s not that different in a lot of professions. Social workers, for instance, continue to see an endless procession of people who need their help, and some days, it must feel like no progress is ever made, that they will never “win.” I know people who have to find housing for asylum seekers and refugees in markets where there is no housing, and every day must feel like an endless, uphill battle. Teachers teach the same things and follow the same lesson plans year after year. Sanitation workers pick up the same garbage from the same houses on the same streets from the same neighborhoods month after month after month, and no matter how many times those trash bins are emptied, they’re full all over again the following week.

The point is: They keep doing it. They keep doing it because while it may not feel like they’re making any progress, if they didn’t do it, parts of the world would crumble. If I didn’t unload the dishwasher every morning, I wouldn’t have any clean dishes with which to make dinner. If social workers and teachers didn’t go to work every day, the very fabric of our society would collapse. If those HIAS employees didn’t fight tooth and nail for a walk-in closet 50 miles away, asylum seekers and refugees would walk from one terrible situation right into another. If the sanitation workers decided to stop coming to work, we’d literally drown in our own filth.

What I’m saying is: It must feel endlessly futile to have the same goddamn arguments after every single mass shooting. We scream and we yell and we gnash our teeth and we repeat the same necessary talking points and send the same tweets and donate money to the same organizations and reuse the same cardboard signs at the protests outside the same courthouses with the same people and nothing ever seems to change.

But imagine what would happen if we stopped. If we just gave up. If we stopped trying to hold politicians to account. If we stopped protesting; if we stopped donating; if we just stopped … voting. American society is hanging by a thread, but y’all are keeping that thread from snapping. And who knows? Maybe if y’all keep at it, there will be two or three threads from which society can continue to cling, and maybe, just maybe, you will inspire another generation to keep hanging on.

It may feel futile when 10 years after Sandy Hook, Ted Cruz is blaming mental health and doors for the deaths of 21 people, but you’re doing the Lord’s work. Just keep pushing that boulder up the hill, folks. You may never get to the top, but you are the only thing standing between the town beneath being smashed into smithereens.

This is how it's done. pic.twitter.com/GHNwQZzVhR


← J.J. Abrams Could Be Getting the Axe at Warner Bros. | Conan O'Brien Celebrates His New, More 'Sirius' Podcast Studio →