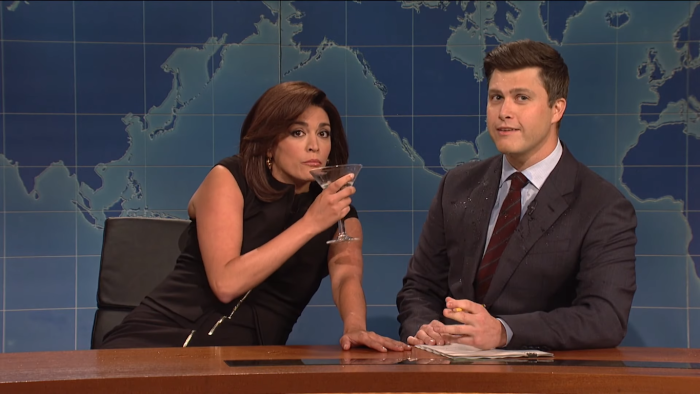 Last night on Fox News, Jeannine Pirro predicted something bad would happen to Joe Biden in the next two months and he wouldn’t even be on the ticket.


"Something is going to happen before the election and he's not even going to be on the ticket" — Jeanine Pirro predicts something horrible will happen to Joe Biden in the next 2+ months pic.twitter.com/dVQ3ImHfb3


Last night and this morning, Democrats are going ballistic, suggesting that the FBI should look into this because Jeannine Pirro is threatening Joe Biden.


I am waiting for #FoxNews to fire Jeanine Pirro for her
threatening on-air remarks that she "felt" something was going to "happen" to @JoeBiden before the election.
You should denounce such remarks and insist she be taken off the air.
You won't which is how you are a failure! https://t.co/bteb4LFeOQ


An empty threat against the life of Joe Biden is not what’s going on here. What’s going on here is that Jeannine Pirro is trying to scare Fox News viewers into believing that the harmless, old-white guy leading in all the polls might die, and then what happens? Fox News wants its viewers to think that it’s inevitable that a Kamala Harris will be put in charge of the country, and while they can deal with Joe Biden running America, the thought of a Black woman running the country terrifies them.

That is all this is. Jeannine Pirro is not threatening Joe Biden. She’s trying to scare her viewers into believing that a Black woman — from Oakland, no less! — could become the President. I know a few Fox News viewers — family members — who have grown somewhat disillusioned with Trump, and probably wouldn’t mind the stability and lack of drama that comes with Joe Biden, but the thought of Kamala Harris running the country would terrify their racist asses. Jeannine Pirro is playing exactly into that.

← Review: 'Morgana' Delivers A Sexy, Surprising, And Inspiring Late Bloomer Story | Theaters Will Reopen In Much of the Country Next Weekend; Here's What We Know →