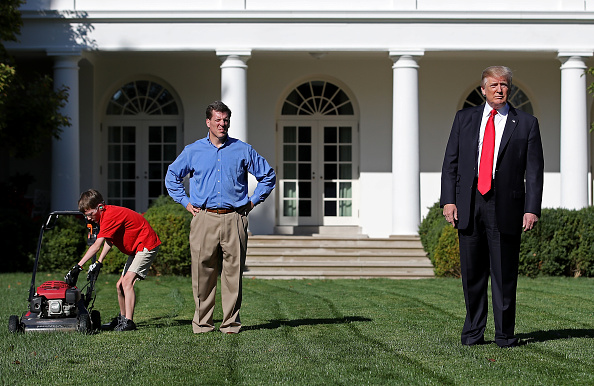 Donald Trump changed his permanent legal address to Mar-a-Lago a few years ago, and he has plans to move there after he leaves the White House. His neighbors, however, aren’t keen on it. And the thing is? They can — and expect to — keep him from moving in. Apparently, Trump signed a deal in 1993 agreeing that Mar-a-Lago would remain a private club and never a residential hotel. He also signed a second agreement assuring that Mar-a-Lago would never be used for “any purpose other than club use.” His neighbors are seeking to enforce those agreements now.

Just how amazing would it be if the President was barred from living in his own hotel! I love the pettiness of his neighbors here, too. All around A+ job! The city of Palm Beach, meanwhile, will have to weigh in on this matter soon.

Hey @realDonaldTrump,
They're kicking you out of the White House.
Your Mar-a-Lago neighbors are suing to keep you from living there.
And NYC went for Biden 4-to-1.
Karma is real.

In other small but satisfying humiliations, Secretary of State Mike Pompeo invited 900 guests to his Christmas Party last night, which was to be indoors where masks were not required (except for the Santa, apparently). Only 70 people ultimately RSVPd and only a few dozen actually showed up to the party. Pompeo — who has spent over $40,000 of taxpayer money hosting holiday parties in recent days — ultimately didn’t even give remarks. It’s clearly for the best because this morning, well, we got this news:

"Secretary Pompeo has been identified as having come into contact with someone who tested positive for COVID. For reasons of privacy we can’t identify that individual. The Secretary has been tested and is negative. In accordance with CDC guidelines, he will be in quarantine."

I suppose there is consolation in the fact that a small superspreader event could have been a much, much larger one.

Finally, in this small but satisfying humiliation, Scott Baio inadvertently trolled … himself? It started here, with Baio thinking that somehow the number of Twitter followers someone has correlates with the number of votes they should have received:

Christopher Titus weighed in, Scott Baio Chachi’d himself, and then Titus milked it for all it was worth:

You know, you think back, at your life, what you tried, risks you took, what you stood for and although I’ve made some mistakes, on my death bed I will be able to be at peace because at least I’ll know that I never reached the heights of a Gilligan, at least I was never “Chachi”

Getting owned by Christoper Titus is a new level of low (no offense to Christopher Titus).