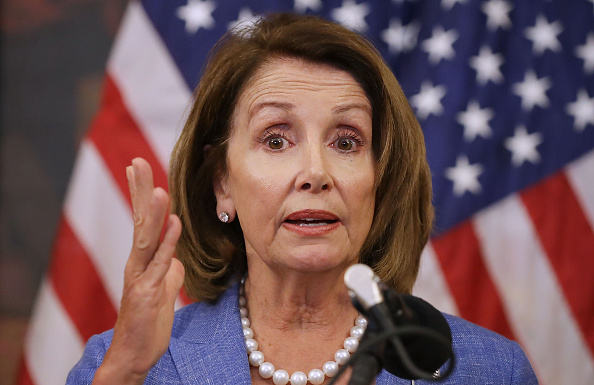 Increasingly, the Democratic Congress Is Complicit in the Crimes of Donald Trump

At this point, the impeachment case against Donald Trump is not a difficult one to make. Donald Trump’s personal attorney, Rudy Giuliani, has made several attempts to pressure the Ukrainian government into investigating Donald Trump’s leading opponent (for now) in the 2020 election over Joe Biden’s decision to compel the Ukrainian government to fire a prosecutor — who happened to be looking into a natural gas company upon whose board Hunter Biden happened to sit — known widely to other world leaders as corrupt.

For Donald Trump, however, it shifted from dubious and highly unethical to straight-up illegal when, according to a whistleblower, Donald Trump allegedly got personally involved and tied military aid that had been approved for Ukraine to an investigation into Joe and Hunter Biden. In other words, he used the power of his office to smear a political opponent. That’s a clear-cut case of abuse of power, although you won’t find a lot of Republicans — save for Mitt Romney — speaking up on the issue.

If the President asked or pressured Ukraine’s president to investigate his political rival, either directly or through his personal attorney, it would be troubling in the extreme. Critical for the facts to come out.

The fact that Republicans are not holding the President accountable is of no surprise to anyone. We’re three years in, and aside from the occasional strongly worded email Susan Collins leaves in her drafts folder or a “this looks bad, but let’s wait for the facts” tweet from Mitt Romney, the Republicans do not care.

The Democrats in the House, however, have the power to do something about it, namely initiate impeachment proceedings. Nancy Pelosi, however, continues to put the brakes on impeachment, despite the fact that in an equivalent situation, the Republicans would have already attempted to impeach a Democratic President at least 14 times in three years. They may have failed all 14 times, but the Democrat would be running as the first Presidential candidate ever to be impeached 14 times.

The Democrats, meanwhile, are gambling that voters will remove Donald Trump in 2020 of their own accord, but what’s so inexplicable about their decision not to impeach is that voters will still have that option in 2020, whether Trump is impeached or not. Instead, Democrats continue to let Donald Trump get away with what is essentially cheating by repeatedly abusing his office, either by obstructing justice or using the powers of the Presidency to smear a political opponent.

The Democrats owe it to their party — and the prospective 2020 nominee — to at least air out the allegations in an appropriate forum free of the whataboutism propaganda campaign that Trump and his people are currently engaged in on Fox News and Twitter. This is exactly what we expected when the allegations against Trump began to surface last week. Here is what I wrote on Friday: “[Trump] covers up and denies, and once he’s dead to rights, he admits it and then suggests that something Obama or Hillary did was just as bad, then Fox News normalizes it, and the Republican Congress runs away from reporters as fast as they can until the whole thing blows over because Trump has made another mess for himself that the media turns its attention toward.” Replace Obama or Hillary with Biden, and this is exactly what has happened over the course of the last three days.

Look: If a kid continues to steal candy and gets away with it every time, at a certain point, you have to stop blaming the kid and start blaming his parents. Trump is a criminal, but in their own way, Democrats are complicit in allowing him to repeatedly get away with it. Laws are useless if they are not enforced, and this entire two-year nomination process for a Democratic candidate is absolutely meaningless if Donald Trump uses the powers of his Presidency in an effort to smear and disqualify his opponents. Holding up $250 million in aid from a foreign country is the opening volley in the 2020 campaign. If he gets away with that — as he got away with obstructing justice in a probe investigating how the Russians helped to get him elected in 2016 — we move ever closer to the authoritarian style government of Russia, where Putin imprisons his opponents and has them removed from the ballots. In fact, with the way that Democrats have been acting, if Biden or Warren is essentially booted from competition, Democrats will stomp their feet a few times and then put all their eggs in the 2024 basket, when Trump runs for a third term. “We’ll get ‘em next time.”


← The One Deduction We Can Make From the Trailer for 'El Camino,' the 'Breaking Bad' Sequel | Twitter Deservedly Dunks On That 'The Horrors Of Cuban Socialism' Guy →