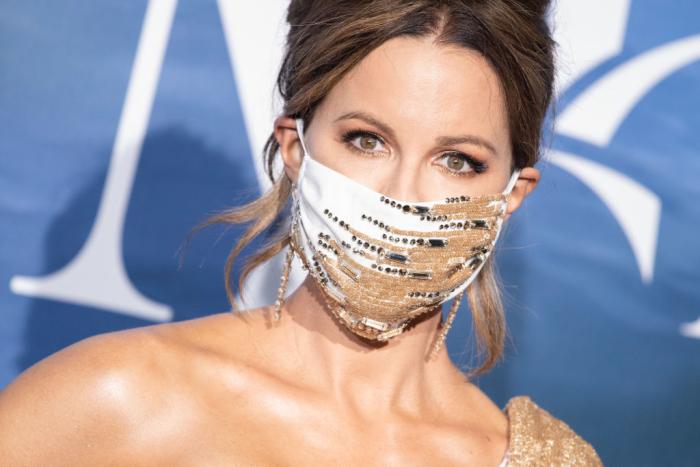 Sometimes people will email me and very kindly tell me that they stopped reading the news and that their only source of political news now comes from Pajiba. This is very kind, but I do wonder for those who don’t consume political news all day long whether I am a particularly good gatekeeper. I am basically the NYTimes, The Washington Post, The L.A. Times, and Axios filtered through Soledad O’Brien and a fear of being shamed by Bernie Twitter and an equal fear of being called out by moderates as being too Bernie.

The point is: Politically, I am very online, and there are a lot of stories I see and talk about that — for better or worse — are not as widely discussed by the casual news-and-politics reader. I obviously stay as far the hell away as I can from the likes of Louise Mensch or the Krassenstein Brothers, and I don’t go anywhere near The Daily Kos, but I get enough emails from drive-by MAGA idiots to know that they still think that we maintain our youth and good looks by drinking the blood of babies here at Pajiba.

All of which brings me to a piece from Ben Smith in the NYTimes yesterday that gave the Wall Street Journal — and the mainstream media itself — a pat on the back and an attaboy for appropriately gatekeeping the Hunter Biden story. As Smith tells it, before Giuliani went to the Post, some folks on the Trump team packaged up the Hunter Biden story, put a bow on it, and delivered it to the Wall Street Journal hoping that the paper would run it and legitimize the story the way that the NYPost obviously could not. Trump wanted the piece to run before Thursday’s debate and the world to be familiar with the details of the story so that when Trump began dropping references to it during the debate with Biden, those references would resonate. The Trump campaign had manufactured an October surprise, and all they needed was one legit news outlet to run with it.

That didn’t happen. There was some talk last week that the Op-Ed side of the WSJ would have an explosive piece on Hunter Biden (I’m not sure if that ever transpired), but when the news side of the Journal didn’t come through for Team Trump, a central figure in the “scandal,” Tony Bobulinski, released a statement and held a press conference before the debate to reveal his findings. Bobulinski was even invited as Trump’s guest to the debate.

Guess what? No one gave a shit. Trump believed that by the end of the debate, Bobulinski would be a household name. Instead, ninety-five percent of America still has no idea who he is, and the only people who do are readers of Breitbart and other right-wing rags. As the debate was ending, meanwhile, the WSJ finally finished their reporting and released a story. Their takeaway? “Corporate records reviewed by The Wall Street Journal show no role for Joe Biden.” All the references Trump made to the story during the debate mostly fell flat and sounded like the ravings of a lunatic that they are.

It was a huge blow to the Trump campaign, and more importantly, to Steve Bannon and those like him who use mainstream media to launder their conspiracy theories. Their disinformation strategies have rarely failed them before, but the mainstream media did not pick it up this time, and those that did only did so to discount it. The Journal — the most respected conservative-leaning newspaper in America — held strong. Meanwhile, Lesley Stahl also refused to entertain that line of attack from Trump on 60 Minutes. Unlike Hillary’s emails, or Hillary’s health, or Hillary’s “crimes,” the media did its job and appropriately silo’d the Hunter Biden story into the rightwing nutjob echo chamber, where it will continue to clang around for months, if not years to come.

It worked. There are nine days until the election, and the Hunter Biden non-story has never picked up much traction. Now do that again, but with questions about Biden’s mental health: Stop asking Biden whether he’s senile — as they did on 60 Minutes — because the only source for that line of thought comes from a man who recently took a test for dementia that Trump likes to remind us he passed: Person, woman, man, camera, tv.

Meanwhile, as for QAnon, I don’t know what to do about that. The mainstream media has given it very little air — it’s been promoted almost entirely by social-media algorithms — but I think the refusal to cover it, and stories about how baseless it is only strengthen their beliefs, because ignoring it and discrediting it is exactly what baby-blood-drinking elites would do. wink wink

Photos of Kate Beckinsale are often used instead of images of Donald Trump on this website because she is more aesthetically pleasing, and also for superstitious reasons. Also, I am surprised that Beckinsale has never, to my knowledge, been associated with QAnon.