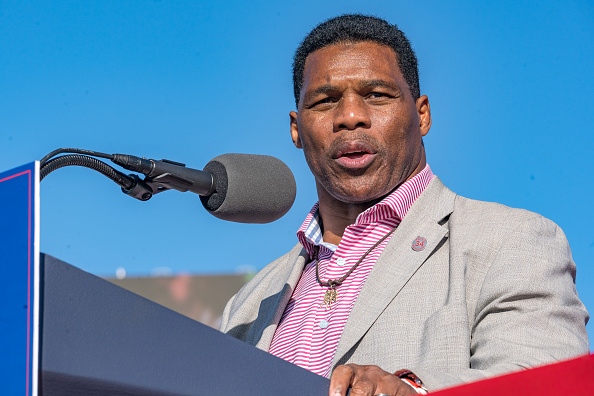 Although the media has mostly shied away from discussing issues with Georgia Senate candidate Herschel Walker that would undoubtedly get a Democratic candidate disqualified, they rightfully weren’t hesitant to bring up an issue that is somehow more damning to Republican voters than pointing a pistol at your ex-wife’s head or holding a knife to her throat.

In this case, it has been revealed that Herschel Walker has a 10-year-old son he has not previously acknowledged, according to The Daily Beast. The issue here, however, is more one of hypocrisy. He hasn’t seen his estranged son since birth, the boy’s mother had to sue to establish paternity and receive child support payments, and Walker has stated on the record on numerous occasions that “fatherless homes” and “deadbeat Dads” are a “major, major problem in African-American communities.”

It’s not the first lie or omission of Herschel Walker’s campaign. He also lied and said that he worked with law enforcement in Georgia, as well as the FBI.

NEW: Herschel Walker has been claiming that he worked as a Cobb County police officer and an FBI agent: “I spent time at the FBI training school. Y’all didn’t know I was an agent?” Walker never worked for the FBI and Cobb County police said they have no record of his involvement.

Walker was romantically involved with 3 women around the time of this child's conception & birth—including being engaged to the woman who is now his wife. He has been plagued with accusations of domestic violence, including allegedly threatening to shoot two women in the head

So far Herschel Walker has been caught:

Somehow, despite the fact that Raphael Warnock is a Reverend running against a deadbeat father with a history of violent mental health episodes who has told a number of easy-to-disprove lies, he remains in a dead heat with Walker in the race for Georgia Senator. Meanwhile, the NYTimes, which never misses an opportunity to “both sides” a race, ends their piece on Walker by noting that Warnock “is contending with his own child custody dispute with his ex-wife, who has sued to have his child support payments ‘recalculated’ given his increased income since taking office last year.” THAT IS NOT THE SAME THING. AT ALL. That is a request to increase child support payments in light of a change of income and not “has never seen a child he fathered and had to be forced by a lawsuit to pay child support!” STAAAAAAAHHHHHP.