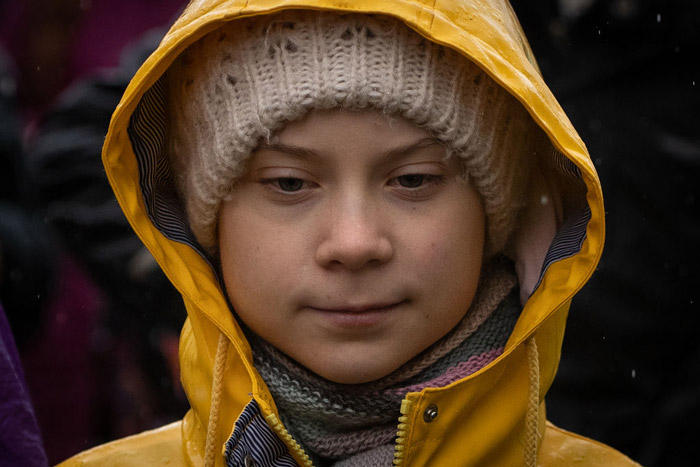 Greta Thunberg Scorched Trump On Twitter And It Was Perfect

17-year-old environmentalist Greta Thunberg has endured a lot of abuse from conservatives as she’s battled for climate change legislation. Donald Trump even used his platform as president to trash talk the minor who’d become the poster girl for preservation. Well, while Trump was losing his mind with a string of election-spurred Twitter tantrums, Thunberg coolly responded with a real scorcher.

But to understand the full impact, we’ve got to step back to December of last year. That was when Time Magazine named Thunberg their Person of the Year.

As Trump is obsessed with being on the cover of Time, that really chapped his ass. So, this is how the then 73-year-old responded to a teenager being praised for her selfless activism.

So ridiculous. Greta must work on her Anger Management problem, then go to a good old fashioned movie with a friend! Chill Greta, Chill! https://t.co/M8ZtS8okzE

At the time, Thunberg responded by cheekily changing her Twitter bio. 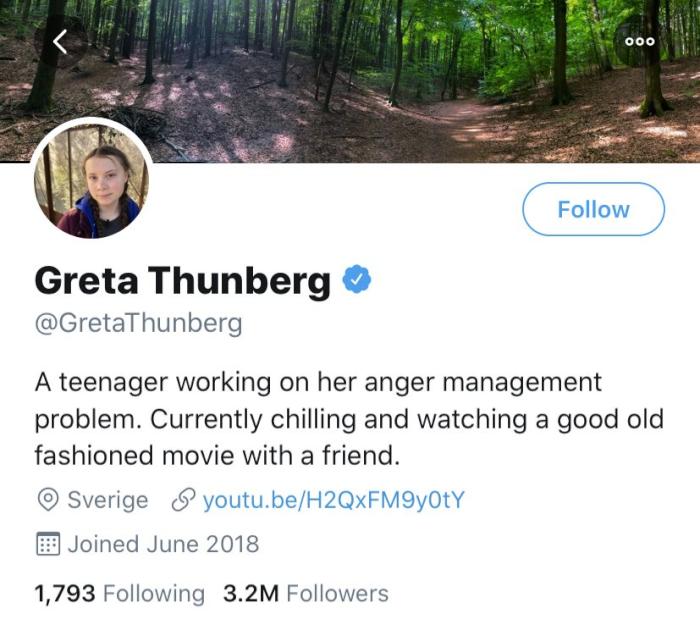 Now, let’s fast forward to yesterday. Trump is freaking out, because a win is not certain. In fact, he’s losing ground. So out comes a barrage of bellowing tweets, including some that Twitter flagged for bullsh*t.

ANY VOTE THAT CAME IN AFTER ELECTION DAY WILL NOT BE COUNTED!

Anyhow, in the midst of all that misinformation and moaning, Thunberg dropped this tweet.

So ridiculous. Donald must work on his Anger Management problem, then go to a good old fashioned movie with a friend! Chill Donald, Chill! https://t.co/4RNVBqRYBA

There was much rejoicing over this sharply executed burn.

how it started: how it’s going: pic.twitter.com/VbyeDWPSsl

Revenge is best served when it's cold 😀 pic.twitter.com/ZF5FpXAGSC

This is the most savage burn I have ever seen on Twitter! Brava, Greta!! pic.twitter.com/klRJkqrL3T

There was also a bunch of Trump Stumpers yelling at a 17-year-old, because Trumpers gonna Trump. We don’t need that nonsense here. But I’m including one, because shot/chaser.

So u saying Trump is a teenager? pic.twitter.com/jsjuK3UqRM

← Joe Biden Is On the Cusp of Victory | Disney Removes 'Death on the Nile' and 'Free Guy' From Calendar; Company Makes Major Layoffs →