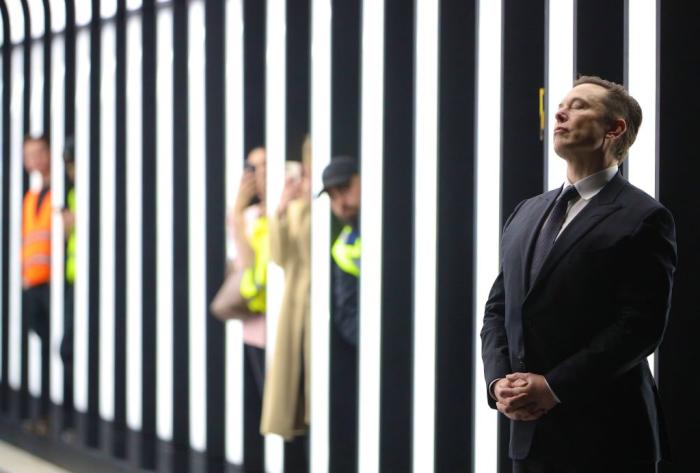 Elon Musk, seen here basking under a heat lamp, last week purchased over 9% of Twitter stock and became their largest shareholder. The company announced that Musk would join its board of directors. Last night Parag Agrawal, CEO of Twitter, released a statement that Musk had declined the invitation.

Elon has decided not to join our board. I sent a brief note to the company, sharing with you all here. pic.twitter.com/lfrXACavvk

Despite the boilerplate text, the words that jump out have to be “contingent on a background check.” If Musk changed his mind about joining the board in one of his trademark impulse decisions the hypothetical background check would be irrelevant. That it’s mentioned at all is notable. It’s like if I tried to get a concealed carry permit and then later emailed the police chief saying “Thanks for your help, but after learning about the background check I’ve decided not to proceed.”

As the scion of an apartheid-era emerald mine owner who has committed blatant stock price manipulation via tweets and whose primary company faces increased scrutiny over the misleading language and safety issues surrounding Tesla’s “Full Self-Driving” feature that has contributed to multiple accidents, some fatal, it’s fair to wonder what a background check may have revealed. There’s also the failed promise of the “Las Vegas Convention Center Loop,” the prototype tunnel built by Musk’s Boring Company intended to speedily transport the wealthy via individual Teslas so they don’t have to rub elbows with commoners on the subway. It’s already experienced the congestion it’s intended to avoid.

Whether Musk now intends a hostile takeover of Twitter or is content to merely own almost 10% of one of the world’s largest social media platforms remains to be seen. Being on the board would have limited him to less than 15% total stock ownership; no such limitation exists on him as a private citizen. It’s possible that as a member of the board, he wouldn’t have the same freedom to post Covid misinformation. It’s also fair to assume that as their largest shareholder as well as one of the more influential voices on the platform, he already has Twitter’s ear and an out-sized influence on any future steps taken by the company. Whatever his purported reason, I’m sure we’ll hear it from the horse’s mouth soon enough.