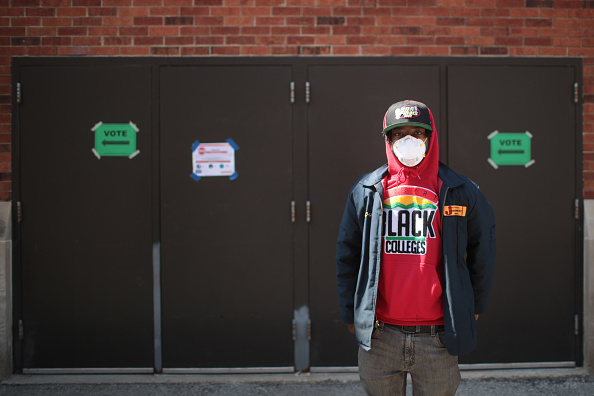 Last week, the Governor of Wisconson, Tony Evers, tried to follow in the footsteps of several other states and shut down the election, so that voters would not have to risk their lives by wading into virus to cast ballots. The Republicans, however, thought, well, you know what? Winning a seat in the state’s highest court is far more important than the lives of potentially thousands of people, so the GOP appealed their way up to the Supreme Court, which insisted that Wisconsin hold its elections as planned.

Given the fact that in places like Milwaukee, scores of polling places were consolidated into five polling stations, where mostly Democratic voters and people of color had to stand in line for hours to vote in a race for a judge’s seat and a Presidential primary that had already essentially been decided, the Democrats basically conceded the loss. There’s no way, right?

So, how’d that work out?

The Democrat beat the Trump-backed Republican incumbent, and it wasn’t even close. A Milwaukee activist summed it up thusly for The Atlantic:

“The Republicans’ effort to suppress turned people out to vote against them,” says Dakota Hall, a Milwaukee activist who runs a group devoted to organizing young voters of color. As for older voters who might have been forced to risk their health to cast a ballot, Hall says: “They conspired against their own base.”

Trump, by the way, beat Clinton in Wisconson in 2016 by half a percent. The results here show things may be leaning toward the Democrats again, in what polling shows is the swingiest of the three biggest swing states, Michigan, Pennsylvania, and Wisconsin.

In fact, with Obama’s endorsement today, the Democrats are putting even more states in play in 2020, including Florida, North Carolina, and Arizona, where a poll shows Biden leading by 9 points. Having the big man out there stumping for Joe ain’t gonna hurt his chances, either:

tfw when you elect Republicans pic.twitter.com/5GhOSKEsB9

Meanwhile, no one is more excited than Katie Rosenberg, who defeated incumbent Robert Mielke to become the mayor of Wausau last night.