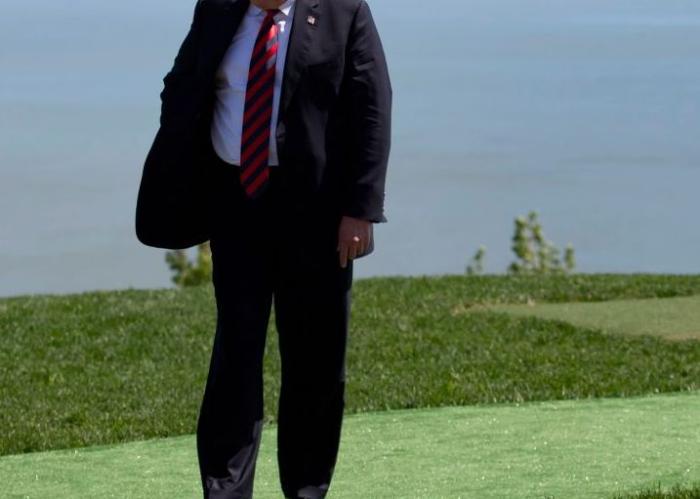 If You Don't Tell a Chicken Its Head Has Been Cut Off, It Will Never Know!

How many times have we collectively heard stories about a chicken’s body continuing to run around a farm even after its head has been cut off? The chicken’s body doesn’t know it’s dead yet, so it continues to flai around as the last signals from its brain play themselves out (this is not a myth; in fact, one chicken managed to survive 18 months after its head was cut off).

That’s apparently how Donald Trump would prefer we soldier own. While the majority of the country believes that we still need to ramp up testing efforts …

Here’s Trump saying that coronavirus testing might be “overrated” pic.twitter.com/4I36rRr7V5

Why is that? It’s very simple. If we didn’t test for Covid-19, we won’t know we have it! And if we don’t know we have it, we just continue to run around without our heads until we die. And that would be just fine for Donald Trump, because if we just get the Cornavirus and die in the corner without telling anyone about it, we wouldn’t contribute to the rising death tolls, which keep being adjusted upwards.

Is this worse than telling people to drink bleach? Probably not, but it’s close. https://t.co/ZTHjHm6rxP

Did you know that 6,125 people have died in the United States of Covid-19 since Monday. And those are just the numbers being reported. To put that in perspective, 3,600 people died yesterday IN THE ENTIRE WORLD outside of the United States. Right now, around one-third of all deaths occurring in the world are happening in the United States. Are we bigger than most countries? Yes. Do we represent 1/3 of the world’s population? We do not. We represent roughly 4.25 percent of the world’s population, and yet, we are producing more than 30 percent of the deaths. In the wealthiest country in the world, with the “best healthcare system” in the world.

Is it the virus that is killing us? The virus is definitely making us sick. It’s the racial and socioeconomic disparities, however, that is killing a disproportionate number of people. But if you don’t tell anyone about that — for instance, if you are Fox News — then your viewers continue to run around without the brains necessary to make educated decisions. Hell, if you are a Fox News viewer, apparently you believe that the Trump campaign has the momentum of a runaway freight train.

"Dear Leader, why is it that your tan is as radiant as the morning sun and your farts have the fragrance of blooming jasmines after the rain?" https://t.co/wqOTn2ZOB3

The thing about runaway freight trains is that they derail and people die.