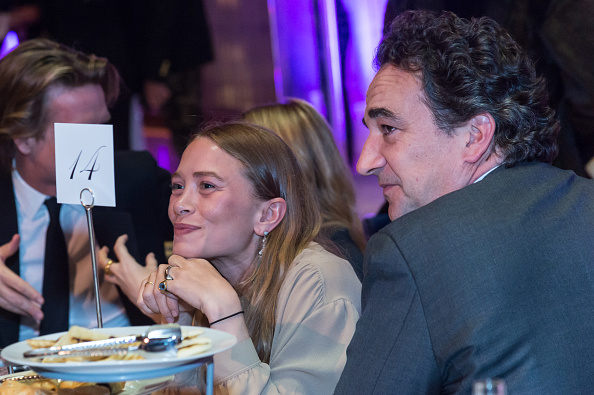 Mary-Kate Olsen's Divorce is Off to a Nasty Start

Matt Damon’s daughter was diagnosed with COVID19, which is a little too close to Contagion for me, thankyouverymuch. (She’s doing well now!) (AP)

Christopher Meloni’s house is on the market. Maybe you can request to meet the owner? I mean, probably not, but he’s exactly the type of celeb who would acquiesce to that request, no? Looks like Stabler’s home is cozy with a dash of crazy artwork. (AD)

Listen, when Naomi Klein speaks, you listen. I don’t make the rules. (The Guardian)

I wasn’t a big fan of Glee, but I was a huge fan of Heather Morris (I mean, her Britney Spears was so, so good, right?) Sounds like the cast of that show wasn’t the nicest, though. (Lainey Gossip)

You mean there is a good reason why I’m eating mac and cheese with hot dogs every day? (The Conversation)

B*TCH BETTER HAVE MY MONEY! (Dlisted)

Death of the office. As the pandemic leaves offices around the world empty, Catherine Nixey asks what was the point of them anyway? (1843 Mag)

Are you in the mood for some puzzles? The Smithsonian has a word search, crossword, and sudoku for you! (Smithsonian)

The Confessions of Marcus Hutchins, the Hacker Who Saved the Internet. At 22, he single-handedly put a stop to the worst cyber attack the world had ever seen. Then he was arrested by the FBI. This is his untold story. (Wired)

Mary-Kate Olsen’s divorce is off to a nasty start. (Celebitchy)

Some people like Julia Fox and this is for them. (GQ)

The 1918 Flu Pandemic Killed Millions. So Why Does Its Cultural Memory Feel So Faint? (Slate)

How ‘Karen’ Became a Coronavirus Villain. A popular joke about entitled white women is now a big pandemic meme. (The Atlantic)

Set this dude on fire. (Jezebel)

Where Should a Scorpio Live? Ask an Astrocartographer. 😂 (from…the NYT? OK, then.)

Weeks of sheltering in place have been isolating for a lot of people, so Cannonball Read is inviting you to introduce your new stay-at-home office assistant, co-worker, or reading buddy. Go share your stories or photos about the kids, creatures, or inanimate objects that are keeping you company right now. (Cannonball Read 12)

“Would you like my lips on yours?⁣⁣” she asks, as if that’s not going to give me heart palpitations:

Surprise! Would you like my lips on yours?⁣⁣ ⁣⁣ For a limited time, we’re selling #GALips face masks in partnership with @redbubble while also relaunching my #GALips tees. ⁣⁣ All proceeds will go to @crisistextline. For more about why I’ve chosen this wonderful and currently vital charity please watch the video in my stories. ⁣⁣ ⁣⁣ As an added bonus, for every mask sold on redbubble, (through our store or any others!) redbubble will donate one mask to @heart.to.heart.international. ❤️⁣⁣ ⁣⁣ And yes, this is my lockdown hair. ⁣⁣ ⁣⁣ Shop at the link in my bio! 💋

← What It's Like for a Reporter to Cover a Reopening Rally of Trump Supporters | Donald Trump Believes If You Don't Test, You Won't Get Sick →