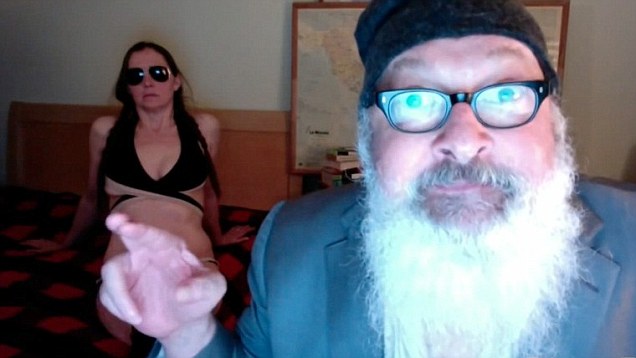 Democracy Holds, No Thanks to Democracy

Yesterday, after Representative Katie Porter threatened to pull GSA Emily Murphy’s heart out of her chest and show it to her on a whiteboard, Murphy finally relented and authorized the Presidential transition, making official what had already been unofficial: Biden won. Again. For, like, the 18th day in a row. The attempt in Michigan to overturn the election failed, and after yet another defeat in Pennsylvania, Trump’s aides apparently talked him into allowing the transition to move forward. Murphy, however, says that she came to the decision independently. The truth? Who the hell cares? The transition will begin, and Biden’s people will start meeting with Trump’s people, and on January 20th, Biden will be inaugurated, which is exactly what we all confidently believed would happen. Ahem.
Listen, y’all: The wheels nearly came off there. If Trump weren’t such a trainwreck of a human being, and if his people weren’t so wildly idiotic, and if the people on the ground had not raised a suitable amount of hell, Democracy very well could have snapped. The guardrails didn’t hold so much as Trump kept tripping on them while the millions of people held those goddamn things in place with spit and duct tape. The scary thing is: Trump provided a blueprint for a more competent person to pull off an election coup. Let’s hope it never comes to that.

In the meantime, Trump hasn’t given up, but his pathetic attempts to steal the election only look increasingly pathetic now. Fox News’ Laura Ingraham is telling viewers that Biden has won, and Donald Trump is retweeting Randy f**king Quaid. THREE TIMES. Laura Ingraham is the goddamn voice of reason.

Laura Ingraham says that Biden will be president: "This constitutes living in reality" https://t.co/lLipD9dq2T

TIME TO MAKE OAN & NEWSMAX RICH. FOX IS DEAD TO ME! pic.twitter.com/IhnDXCJ7a7

Thank you Randy, working hard to clean up the stench of the 2020 Election Hoax! https://t.co/I1hgtxe486

Are you listening Republicans? https://t.co/N5heB6gvwb

For those who don’t remember, Randy Quaid — seeking to avoid arrest — sought asylum in Canada in 2010, and Canada denied that f**ker. He once put a Rupert Murdoch mask on his wife’s face and had sex with her while his dog barked in the background and uploaded that video to YouTube. He believes the “the Hollywood Star Whackers” killed Heath Ledger and David Carradine, that the same Star Whackers were behind Jeremy Piven’s mercury poisoning, and a lot of other bananas shit, and you know what? All of the bizarre, unhinged conspiracy theories we remember about Quaid may actually be less unhinged than what the President of the United States alleges every day.

Randy Quaid is the Rudy Giuliani of Sidney Powells.

Genuinely, what is more bonkers? This lawsuit Randy Quaid filed in 2010 that was rejected because the check used to pay the filing fee bounced:

The lawsuit alleges that a cabal of crafty Hollywood lawyers, estate planners, and accountants maneuvered to turn the house into a sort of at-the-ready cash machine full of endless equity, all in Randy and Evi’s name. The City National Bank allegedly went along with the scheme because the evil coterie had made it a beneficiary of the properties bought with the Quaids’ stolen equity. “The allegations against City National Bank are absurd, and they reflect a very sad state of affairs,” the bank responded when contacted by VANITY FAIR.

Or the position of the Trump campaign on Sunday:

The publicly-stated position of President Trump's legal team is that the reason Trump lost Georgia is because Georgia's Republican Gov. Brian Kemp has been bribed by a Venezuelan front company in cahoots with the CIA to throw elections to Communists. https://t.co/1OZpTODaN1

There’s a poll out this morning that shows something like 79 percent of Trump voters believe the election was rigged, based on these preposterous lies. Imagine if they had told more believable lies, or if Trump weren’t such a complete imbecile? Maybe we’ll get lucky and never elect a man like him into power again. But JFC: It’s terrifying to think how close this came to unraveling, and how the appropriately extreme alarmism of the left and the incompetence of the Trump administration is all that kept it from doing so.


← John Cleese to J.K. Rowlling: 'Look at Me, I Hate Trans-Rights, Too!' | Director Tristram Shapeero Apologizes After Trashing Lukas Gage over Zoom →