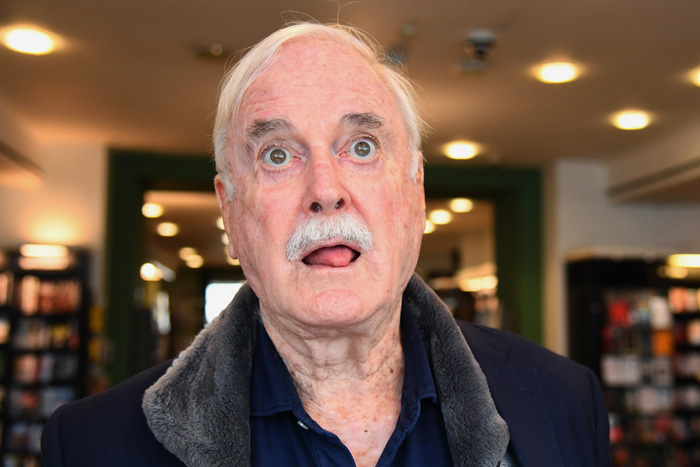 John Cleese to J.K. Rowling: 'Look at Me, I Hate Trans-Rights, Too!'

Ben Affleck and Ana de Armas lasted a whole year. Although, technically, I think this one should count as at least 40. (Lainey Gossip)

Joe Biden is well aware that Trump is too much of a baby to show up at the inauguration, which will almost definitely be virtual because of said baby. (Celebitchy)

Tiffany “New York” Pollard remembers all the men she loved and lost on national television, which just made me remember The Stallionaires. RIP Real. (The Root)

From Roxana: “Something to consider this Thanksgiving.” (United Farm Workers)

From Kayleigh: “The impression had been cemented: The Kardashians were proving that a certain kind of celebrity is ill-suited for—and might even become obsolete during—the coronavirus era.” (The Atlantic)

If you haven’t read this thread on the damage that Trump and QAnon are doing in the real world, please do. A staff photographer for The Arizona Republic was on assignment photographing a Little League game, a normal occurrence until things went real dark real fast. (Patrick Breen)

Amazon hired Pinkertons to spy on workers. Actual Pinkertons. What year is it?! (Vice)

Why do I want to punch the guy who wrote-in Bernie more than anyone on this list? That can’t be healthy. And yet… (Slate)

Were you happy to see that Allie Brosh is writing again? Malin has been a fan of Brosh and her website, Hyperbole and a Half for a long time. When she saw that Brosh’s second book, Solutions and Other Problems, was coming, she hit the preorder button immediately. "2020 has been a very difficult year, this book and Allie Brosh’s reappearance feels like a true blessing." (Cannonball Read 12)

ICYMI, this resurfaced video of Hasan Minhaj calling Dax Shepard a “schlubby white dude” was trending for all of the right reasons today.

← 5 Shows After Dark: 'Black Narcissus' on FX, 'Dancing with the Stars' Season 29 Finale | Democracy Holds, No Thanks to Democracy →