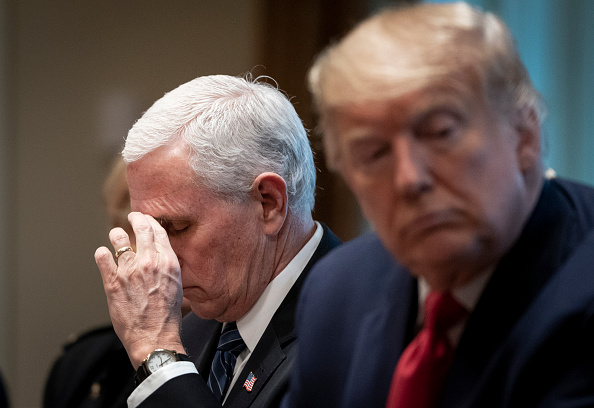 Correction: Donald Trump Completely Screwed Us On the Pfizer Vaccine

A correction: A couple of days ago, I wrote that Operation Warp Speed had perhaps gotten a bad rap for not paying for additional doses of the Pfizer vaccine. In July, it was reported that Pfizer sold us 100 million doses (enough for 50 million people) for $2 billion with the option of buying another 400 million doses. The Trump Administration passed on that option, and by the time that the United States had decided that it actually did want the additional hundreds of millions of doses, Pfizer had already committed them to the European Union.

Again, the option to buy an additional 400 million doses was publicly reported in July, and it made sense to me that Operation Warp Speed would not invest another $8 billion in a vaccine that — at the time — had not been proven, and that it was smart of Operation Warp Speed to spread the risk around and invest in several different companies (in fact, Warp Speed invested in six different companies initially, none of which were actually Pfizer).

In either respect, here is where I was completely and horribly wrong: I didn’t realize — until Michael Barbaro belabored the point in this morning episode of The Daily podcast as though he knew I was listening — that the option to buy was contingent upon the vaccine being effective. In other words, we would have only been committed to buy if the vaccine was successful. So, the Trump Administration could have picked up the option risk-free, and they only would have had to pay if it worked.

This obviously changes the equation enormously, and now, yes: It looks like Operation Warp Speed made possibly the biggest blunder of the pandemic. We could have had enough doses of Pfizer vaccine to immunize the entire country by the end of the first quarter of 2021, and yet the Administration passed on it. Why? Probably because Pfizer wasn’t part of Operation Warp Speed, and the Trump Administration didn’t want the first to vaccine to be a company that they didn’t initially back (Moderna, conversely, is part of Warp Speed).

The other possible caveat is that contractually speaking, I don’t know what triggered the option. At the time, Fauci was saying that any vaccine with at least 50 percent efficacy would have been approved, and if the efficacy of the Pfizer vaccine were 62 percent, we might have been on the hook for that option, meaning we would have spent $8 billion for 400 million doses of a vaccine only two-thirds as effective as the Moderna vaccine. This, I suspect, is what some countries committed to the Astrozeneca vaccine are going through now. They’re probably thinking, “Damn. We backed the wrong horse, and now Germany is getting all the good vaccines.”

Still, there is absolutely no excuse for not committing $10 billion to a vaccine that was at least 50 percent effective, because ultimately $10 billion is a drop in the damn bucket, considering that enhanced unemployment benefits cost around $100 billion a month.

It remains unclear, however, and no one has given us an answer, so far, on whether the United States can quickly get more than the initial 100 million doses from Moderna, or if we exercised our option to pick up more doses from that company. The unfortunate thing about Moderna’s vaccine, however, is that — unlike Pfizer — Moderna is a new company that doesn’t have the resources and supply chains to produce as much and as quickly as Pfizer, and so it sure seems, if the Johnson and Johnson vaccine is not approved in January, that we may actually have to wait until the second quarter to get all the vaccines that we need.

And that is on Trump.

This was going to be a small point in a bigger post, but now I’ve ended up devoting over 600 words to my colossal f*ck up, so I’ll just turn this into a stand-alone post and eat all the crow.

← January Jones Wrecks National Enquirer Attempt to Shame Her Bikini Photos | Reddit Asks the Question: 'What 100% Ruins a Movie For You Every Time?' →