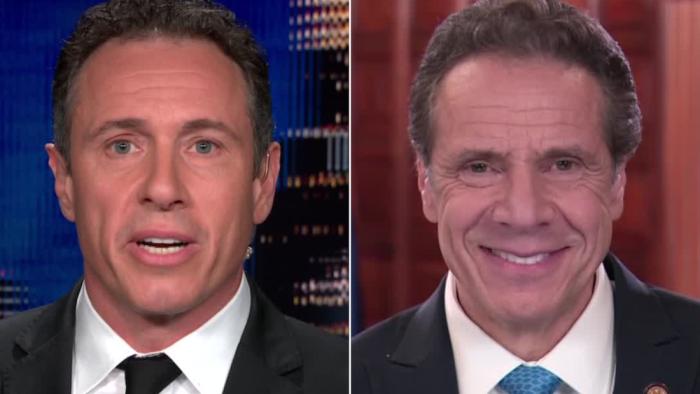 Chris Cuomo Tests Positive, Is Gonna Get So Much Sh*t From Andrew

CNN anchor Chris Cuomo is the latest news figure to test positive for the Coronavirus, and according to Marco Rubio, Cuomo will probably be gleeful over his own diagnosis.

Some in our media can’t contain their glee & delight in reporting that the U.S. has more #CoronaVirus cases than #China

Beyond being grotesque,its bad journalism

The good news is, Cuomo is feeling OK, and will continue to anchor his 9 p.m. show, Cuomo Prime Time from his home, although now he has been moved to his basement. “In these difficult times that seem to get more difficult and complicated by the day, I just found out that I am positive for coronavirus,” Cuomo wrote on Twitter. “I have been exposed to people in recent days who have subsequently tested positive and I had fevers, chills and shortness of breath. I just hope I didn’t give it to the kids and Cristina. That would make me feel worse than this illness!”

Cuomo is the third CNN employee in NYC to test positive. He and his brother’s interviews right now are some of the best things on TV, because even in a crisis, there’s normalcy in the bickering of brothers. Here is Chris yesterday from his basement “grilling” Andrew about whether he wants to run for President.

New York Gov. Andrew Cuomo says he has no plans to ever run for President, has not considered it, and will never consider it. https://t.co/igWoHEPPNm pic.twitter.com/fv1bVgfSNm

I suspect that Andrew is gonna give Chris a lot of good-natured ribbing over this (assuming he remains OK). Andrew, however, in his morning press conference addressed his brother’s diagnosis. “You don’t really know Chris. You see Chris, he has his show at 9 o’clock on CNN but you just see one dimension. You see a person in his job and in his job he’s combative and he’s argumentative and he’s pushing people, but that’s his job. It’s really not who he is. He’s a really sweet, beautiful guy. He’s my best friend.”