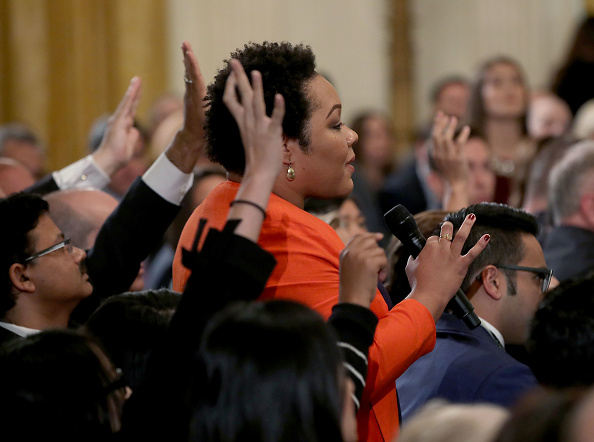 To everyone’s surprise, the jobs report this morning saw the return of 2.5 million jobs and the unemployment rate drop to 13.3 percent. Trump took to Twitter and immediately took credit for bringing all these jobs back by watching cable news and grievance tweeting.

To be fair, those numbers were unexpected, inasmuch as we didn’t expect that many jobs to return as quickly as they have. On the other hand, we just lost 40 million jobs. As businesses begin to re-open, many of those jobs are obviously going to come back. Hopefully many more millions will return in the coming months. The question is: What will happen when those PPP funds run out, and all of those small businesses running slowly can no longer pay their employees? On the other hand, what will happen when pandemic unemployment benefits run out? I don’t know. A lot of people are acting like everything is returning to normal, but there are still consistently 20,000 new cases and 1,000 new Covid deaths every day and we’re all obviously still worried about a second wave. Coronavirus didn’t go away; the media just stopped talking about it as much.

In any respect, Trump was giddy after the jobs report. Giddy.

THESE NUMBERS ARE INCREDIBLE! @MariaBartiromo

He was so giddy, in fact, that he decided to throw together a speech at the Rose Garden to congratulate himself. It was a mess. Here are a few of the highlights:

Trump on George Floyd, who was killed by Minneapolis cops: "Hopefully George is looking down right now and saying, 'this is a great thing that's happening for our country.' This is a great day for him." pic.twitter.com/LDl4V9Phzg

To be sure, that is the President of the United States suggesting that a man killed by police officers is having a great day because the bottom didn’t drop out of the economy. This statement, by the way, came right after he implored governors to use the National Guard to “dominate the streets.”

Trump on Covid: "If you have diabetes, or you have a bad heart — it's like a magnet. They say if you're heavy — so I say, thank goodness I'm in perfect shape — but if you're heavy it's not good." pic.twitter.com/PqEoAjCxhb

I have thought about it, Donny Trash. Two and a half million people out of 40 million returning to their jobs hardly qualifies as the “greatest comeback in American history.”

TRUMP: "Today is probably, if you think of it, the greatest comeback in American history." (The unemployment rate is 13.3 percent) pic.twitter.com/E33heI59A0

Meanwhile, if you just want to watch the man ramble, enjoy!

Trump is more than 15 minutes deep into one of his most incoherent rants. Get a load of how many different topics he touches upon in this one clip. He had no remarks prepared and so we're just getting a stream of consciousness. pic.twitter.com/OFGV1UVvTN

Finally, his good mood suddenly turns sour when Yamiche Alcindor inject a little reality back into the situation.

In response to a question from @Yamiche, Trump suggests his plan to solve systemic racism is to have a good economy. As she tries to follow up, he admonishes her, "you are something." pic.twitter.com/54q5SCKNb0