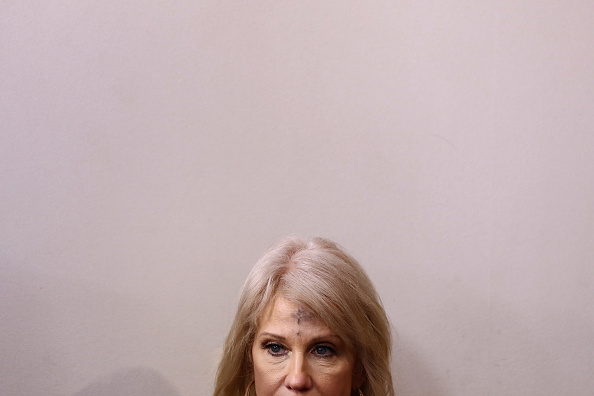 Good morning, let’s call this an “unofficial” Trumpdate, because the White House is a sh*tshow, and we need to keep you apprised.

— The CDC, which has been hamstrung by budget cuts, is also being ignored by the Administration, in some respect. Part of the plan that the CDC put together to contain the Coronavirus pandemic was to recommend that elderly and physically fragile Americans not be allowed to fly. Trump and the White House had that recommendation stricken, although by Saturday, Mike Pence was at least encouraging older people with underlying health conditions to “avoid activities including traveling on a cruise line.”

— The U.S. Petri Dish, a Princess Diamond cruise ship currently off the coast of California, will start testing its passengers and allowing them to disembark today, and head into quarantine. The 3,500 passengers have basically been imprisoned inside their rooms for a number of days, and if it were up to Trump, those 3,500 passengers would remain on the cruise ship until the Coronavirus had completely ravaged the ship’s passengers, because he is a transactional President and he doesn’t want to increase his stat line.

“Do I want to bring all those people off? People would like me to do it,” Trump admitted at a press conference at the CDC later on Friday. “I would rather have them stay on, personally.”

“I don’t need to have the numbers double because of one ship that wasn’t our fault,” Trump added, saying that he ultimately empowered Pence to decide whether to evacuate the passengers.

— This, from Peter Baker at the Times, sums up Trump’s handing over the epidemic, so far:

He has expressed an astonishing lack of knowledge while at the same time claiming to be a medical savant. He has treated the crisis as a partisan battle, wearing his red Keep America Great campaign cap to the C.D.C. and calling the governor presiding over the state with the highest death toll a “snake.” He even admitted that he wanted to leave passengers stranded on a cruise ship rather than see statistics for the number of cases on American soil go up because it would look bad.

And yes, I know who it was.

Furthermore, the attendee may have been in/around the green room just after the Vice President was present.

If Ted Cruz came into contact, and so did Paul Gosar, that places the gentleman in the green room between 1pm and 5pm.

Here are some of the other people who may have been in the green room on Thursday afternoon at the same time as the CPAC #coronavirus infectee:

God. The irony. Meanwhile, Republican Congressman and Trump lackey Matt Gaetz — who was among those who interacted with the infectee — was wearing a gas mask inside the House the other day, mocking the coronavirus response.

One of his Florida constituents died of the virus over the weekend. That tweet is going to look great in a bunch of opposition ads.

— The goddamn Surgeon General is also a Trump lackey. This was retweeted by Trump this morning — apparently, he doesn’t realize that Aaron Rupar is mocking him.

Here's Surgeon General Jerome Adams telling Jake Tapper that President Trump "sleeps less than I do and he's healthier than what I am." 😳 pic.twitter.com/bDpQWWAgUU

— And then there is this: The White House Communications director again making a joke that was retweeted by Trump, although it is unclear who or what is the target or how this is even a joke.

Who knows what this means, but it sounds good to me! https://t.co/rQVA4ER0PV


← Evangeline Lilly Has Had a Hard Year | Rachel Weisz Is Not Playing Scarjo's Literal Mother in 'Black Widow,' Is She? →