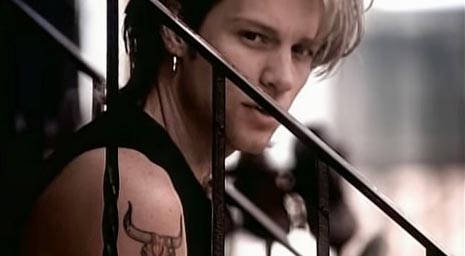 My kid has been having some issues for the last couple of months (haven’t we all?), and for a while, we would say to him, “Don’t worry. It’s going to get better,” and he’d ask us when, like he used to when he got a cold or the flu, and we’d say, “Soon, kiddo. In a couple of days. You’ll feel better. We promise.” However, when — a few days later — those issues did not resolve themselves, he’d get upset with us. “You told me it’d be better by now, and it’s not! You promised!”

This went on for a while until we eventually had to concede that things were not necessarily going to get better anytime soon and that we had to change gears. “We don’t know when it’s going to get better, kiddo, but we promise that, no matter what, we will be here for you.”

I’ve been trying to think about what to write on election day morning for a few days now, and I think that’s all that I can really offer today. We cannot promise things will be OK tomorrow, or anytime soon. I have no idea what’s going to happen over the next 24 hours in the event the election is called tonight, or the next few days in the event it takes until Thursday or Friday, or the next couple of months until the inauguration, or the next four years, in the event that Donald Trump wins again. We don’t know.

A reader emailed on Sunday and very politely asked that I write about what the next four years might be like if Trump is reelected. That is just not something I am prepared to write about. It’s too horrifying to contemplate (but thank you for the email).

But he might win. I am feeling vaguely hopeful this morning, but a Trump victory is definitely within the realm of possibility, and all I can offer is this: If he does win, we’ll still be here tomorrow. And the next day, and every day after that. We’re going to fuck up along the way, and probably fuck up trying to fix our fuck ups, but this pandemic notwithstanding, we’re going to continue to be here.

I’m not sure how much of a consolation that is for anyone, but another reader emailed on Sunday (again, thank you for the email!), to thank us for no other reason than that we offered a place of like-minded people, and maybe that’s the best consolation we can offer. No matter what happens, there are similarly-minded people here with whom you can commiserate. We cannot promise you that things will be OK, but we can promise you that we will be here for you (unless Trump is reelected and he decides to shut down oppositional voices and he imprisons us because we are not going to stop being critical of the man, we can bloody well promise you that).

I’m not sure how the day is going to go; there probably won’t be a lot of posts about movies and TV today. I expect I’ll write an Election Update post at some point, and then around 5 p.m., I’ll post an Open Thread for those who need an outlet for your grief, your celebrations, and/or the unending uncertainty.

In the meantime, I’m calling this a jinx free zone. That is to say, for the superstitious among us, jinx rules do not apply, and therefore you can make whatever prediction about the election that you’d like without fear of karmic repercussion (knocking on wood is optional). So, how do you all think that tonight will work out? Honestly.

I have a very bold prediction, which is that Biden loses Florida, it’ll be too early to call in Pennsylvania, but the election is nevertheless called by midnight because Biden surprisingly wins … Ohio, which combined with wins in Michigan and Wisconsin basically eliminates Donald Trump.

Fingers crossed, folks. Finally, I leave you with this: Election Day fell on November 3rd in 1992, as well. I remember it specifically because, though I was not old enough to vote yet, my friend John and I drove to the State Capitol in Arkansas to see Bill Clinton’s victory speech. I also remember, specifically, that Bon Jovi’s Keep the Faith album was released that day, and I believe we listened to it on the way to and from the State Capitol. It felt like kismet, and that is what I will leave you all with today.