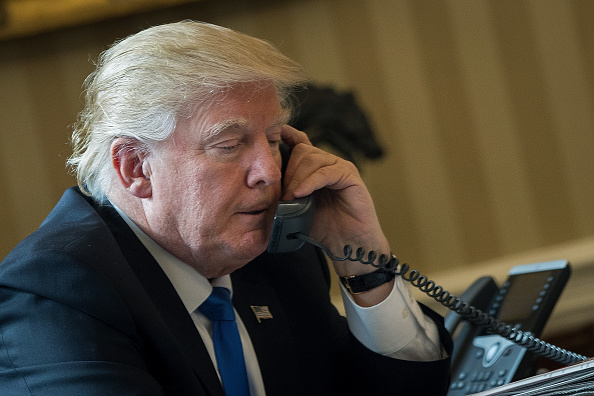 The Washington Post has obtained a recording of an “extraordinary” phone call that Donald Trump placed to the Georgia secretary of state, Republican Brad Raffensperger, in which he sought to pressure him to “find” enough votes to overturn the results.

“The people of Georgia are angry, the people in the country are angry,” Trump told Raffensperger. “And there’s nothing wrong with saying, you know, um, that you’ve recalculated.” He added later in the conversation, “So look. All I want to do is this. I just want to find 11,780 votes, which is one more than we have. Because we won the state.”

Neither Raffensperger nor his legal counsel buckled, as Trump placed extraordinary pressure on them to change the outcome of the election in the state, citing numerous conspiracy theories. Trump also threatened to discourage turnout for the Senate runoff election on Tuesday, and made vague threats to prosecute them.

“You have a big election coming up and because of what you’ve done to the president — you know, the people of Georgia know that this was a scam,” Trump said. “Because of what you’ve done to the president, a lot of people aren’t going out to vote, and a lot of Republicans are going to vote negative, because they hate what you did to the president. Okay? They hate it. And they’re going to vote. And you would be respected, really respected, if this can be straightened out before the election …

“That’s a criminal offense,” he said. “And you can’t let that happen. That’s a big risk to you and to Ryan, your lawyer.”

It was clear from the phone call, The Post reported, that Trump has surrounded himself with Yes Men, who have convinced Trump that he won the election. Trump, meanwhile, sounded pleading and desperate.

This pleading and desperate man also now has the backing of 11 more Senators (led by Ted Cruz), who will object on Wednesday certifying the Electoral College vote. David Perdue, meanwhile, has backed Trump’s call, as well, throwing his lot in with a President trying to use autocratic means to overturn an election. Republicans running for reelection in 2022 or for President in 2024 fear that whether they backed Trump’s effort to overturn the election will become a litmus test. I think this is true, but I suspect that the litmus test will work against them.