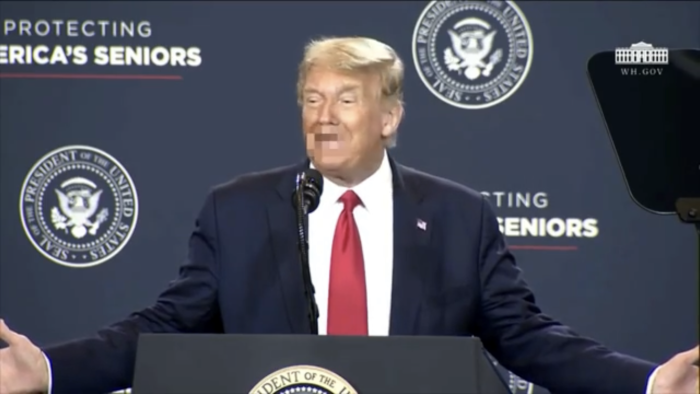 Look Back On 2020 Fondly, Thanks To Jimmy Kimmel

F*** yeah, y’all! We f***ing did it! Holy s***!! Unless some sort of inexplicably cruel joke is being played on me, we made it to 2021. Kudos, but… look, don’t lie to me. You miss it, don’t you? At least a little bit? Maybe some morbid part of you wants to look back on the year but… in a way that cleans things up a bit? Jimmy Kimmel’s got you covered.

No stranger to Unnecessary Censorship, Kimmel decided to give 2020 a farewell, using the recurring bit. Honestly, it made me look back on the year fondly, because it makes it seem f***ing hilarious. For those not familiar, the segment takes news clips and censors them in a way that makes the speech appear to be inappropriate. Simple and effective.

From Obama saying “Y’all f***ed (fired) up?!” repeatedly, to Trump smiling after spitting out “Who can I f**** (fight) today?” It all lands so well. It makes the horrible year just look ridiculous in hindsight. Something about it is even allowing me to soften the blow of this past year a little bit.

I’m not crazy. It’s a light salve not a corrective surgery, but it does the trick. For now. For a brief moment, I can look back on how things were and allow myself, mentally, to move on to how things are going to be.

← A Desperate Trump Tried to Shake Down the Georgia Secretary of State | 5 Shows After Dark: 'The Watch' Premiere BBCA, 'Call Me Kat' Premiere Fox →