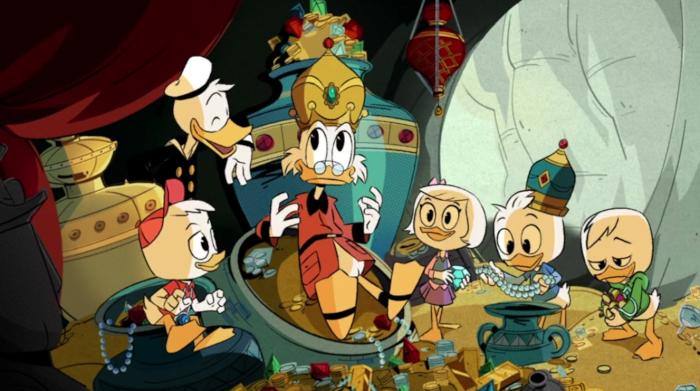 'Westworld,' 'The Boys,' And The 'DuckTales' July Schedule on This Week's Podjiba!

There’s a lot to unpack in a moment, so just to get through it quickly, some highlights from this week’s Podjiba:

— We talk about the first episode of Westworld, whether it made sense, and whether or not that matters!

— We talk about the latest episode of The Boys!

— Obi-Wan is a thing that happened!

— Dustin and Tori made season three of The Umbrella Academy sound pretty good!

— Dustin’s Five Minute Free For All was in fact free, and technically for all!

Now on to the announcement: Tori has officially released the curated list of DuckTales episodes that we will be discussing over the next couple of podcasts in July! Sadly, the celebration had to be trimmed down to two weeks instead of the full month, due to scheduling issues with the 4th of July, as well as [redacted] having to [redacted] in [redacted] for [redacted], but no matter what, know that we are still 100% committed to making sure Dustin watches a reasonable amount of DuckTales and then tells us how he felt!

If you want to watch along with us, the episodes are as follows:

Podjiba! The podcast that, for some period of time in July, will be dedicated to DuckTales, and can be found most places, including right here.