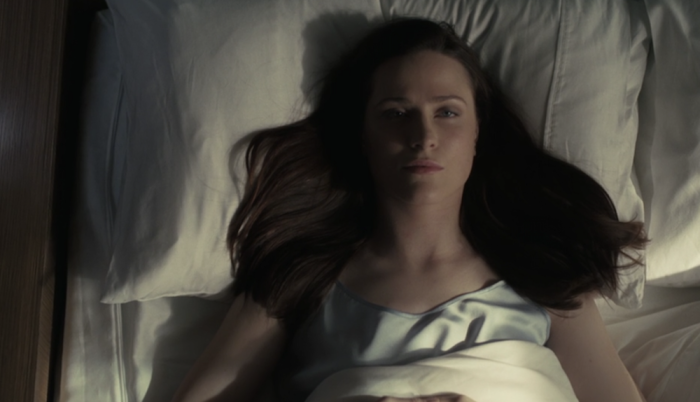 The thing about Westworld is that the show reinvents itself kind of a lot, and so very quickly. At one point it was a show about a theme park called West World, and then it was about the robotic hosts trying to attain freedom and either escape the park or go to computer heaven, and then it was about the surviving robots destroying human civilization and/or freeing human civilization from a supercomputer. Humans died and became robots, and robots died but some came back, and there were like half a dozen copies of Dolores running around in different bodies and I’m not sure how many of those still exist. The point is: Westworld has reinvented itself once again for its fourth season, and the season premiere — titled “The Auguries” — gets right to work introducing us to its new world order.

Take, for example, Dolores, who is… apparently not Dolores anymore! She’s Christina, a writer in NYC who creates the backstories for the NPCs in video games. Or Caleb, who is still Caleb doing very Caleb-y things, only now he’s got a wife and daughter. Maeve’s going a wee bit Scarlet Witch in a secluded cabin in the woods, and William — or the Man in Black-bot version of him, probably — is busy trying to buy the Hoover Dam. Oh, and Teddy, who died way back in season two, is now standing on a street corning watching Dolores — who, again, is Christina now.

As for the world? Turns out it’s been seven years since last we saw it on the verge of a revolution. Westworld has time-jumped right over the war and supposed collapse of civilization and dropped us into the new normal of the real world, where supercomputers are no longer predicting events and controlling human lives. But don’t worry, there are still robots — and also maybe something is still capable of controlling humans after all (specifically: flies, and possibly Christina).

What does it all mean? Damned if I know! But seeing as it’s my job to explain this show I guess this is the point in the recap where I get down to business and fake it make it make sense.

HBO continues to offer little making-of featurettes after each episode, which can be quite informative if you choose to believe what the cast and creators say at any given time. In last night’s featurette, Lisa Joy and Jonathan Nolan explicitly stated that Dolores is “dead”, and Evan Rachel Wood claims her new character, Christina, is a human. In a show where we’ve seen dead hosts return (and literally saw that very thing happen in this episode!) and countless people we thought were humans turn out to be hosts, I think it’s safe to remain suspicious. The Dolores that “died” was wiped, her memories systematically erased by Serac in his search for the key to Delos’s wealth of human data. A big argument in Westworld, and in the last season in particular, is that our experiences are what make us who we are — it’s what made each of the copies of Dolores unique, and the loss of those memories would constitute a certain kind of personality death. By that same logic, if “Christina” remembers a whole life as a human, perhaps it means she is one — at least until she finds out otherwise. From, oh I dunno, a mysterious stranger with big ol’ James Marsden cheekbones.

For now, what we do know is that Christina is a loner who is struggling in her job at Olympiad Entertainment because she keeps writing wistfully romantic stories for her background characters when all her boss wants is action and suffering. When her bubbly roommate (Ariana DeBose) asks whether she should wear white or black shoes, Christina says they both look good — but ultimately she picks the white shoes. Christina’s life is, in so many ways, an echo of Dolores Abernathy, right down to the season one maze clue she finds on her fire escape. But the main takeaway is that those fictional backstories she’s been writing for NPCs in video games might not be so fictional after all. She has a stalker named Peter who keeps calling her, begging her to stop destroying his life by writing him into a game. He claims that “the tower is real” and “all these people do what you want them to,” and tells her he needs a different ending. Because apparently in the one she originally wrote, he jumps off a roof — which Christina then witnesses Peter do.

So: free will is still very much in jeopardy, and somehow Christina is influencing it with her writing. Is Olympiad Entertainment just the next evolution of Rehoboam, another supercomputer pulling the strings of reality? Or is the video game another echo of Arnold’s maze, a game designed to lead Christina/Dolores to sentience? 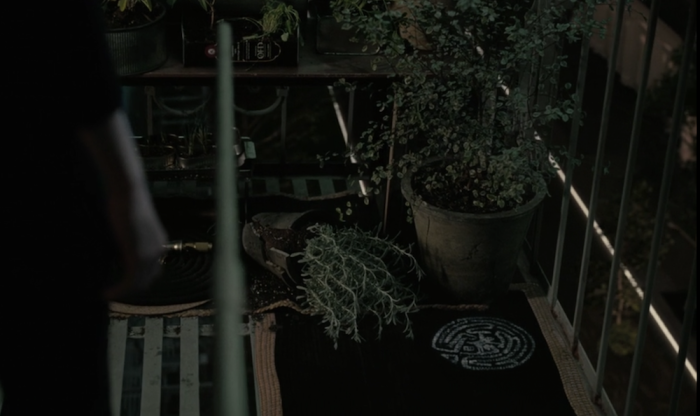 What does the Man In Black-Bot want now?

He wants the Hoover Dam, duh! Well, he specifically wants the enormous system of servers that are housed at and powered by the Dam — servers that contain something that was stolen from him. Pretty sure we just found out where the Sublime (a.k.a. Host Heaven) was transmitted to at the end of season two! William still doesn’t have the access key to open it (because Bernard has it, along with the Delos data key, which honestly is maybe all the same key), so owning the physical servers is the next best thing I guess. So he arrives at the dam, which is owned by a Mexican cartel, and offers them a deal: Either they sell it to him today, or he’ll make them give it to him for free tomorrow. They call his bluff, but then the leader goes home and sees a bunch of flies in his closet and blacks out, and the next day he kills the rest of his cohorts and signs the dam over to William for free — then kills himself. Somehow William, like Christina, was able to subvert the man’s free will, only he did it intentionally. And, uh, with flies — which maybe were a hallucination or a metaphor or something, or maybe Delos now has Swarm o’ Flies Bots to do their bidding. I’m sure we’ll find out soon. According to the featurette, Westworld hired a “fly wrangler” to help them film the scene, I’m betting that fly wrangler got more work this season.

One thing I’m a little confused about is the fact that I thought we saw the Man In Black-bot kill human William in the end credit scene after last season’s finale… but in the promo for this season, we see a captive William talking to himself. Are there simply more than one Man in Black-bot, or did human William somehow survive?

Oh, I forgot: Man In Black-bot also wants to kill Caleb and Maeve

Last season, the fate of Rehoboam and humanity ended up in Cal’s hands, after Dolores decided he was a human capable of making tough decisions and thinking for himself. Maeve broke rank with Serac to protect him, and together they chose to wipe Rehoboam and kick-start a whole new world filled with free will and chaos for humanity. It was supposed to be the start of a war, but after seven years everything has pretty much settled down apparently. Cal has started a family, but is waiting in paranoia for the other shoe to drop, while Maeve has gone off the grid to avoid being caught by Delos. Unfortunately, Maeve’s little “control all electronics” superpower goes wonky one day, shutting down the power in her neck of the woods and emitting a signal strong enough to pinpoint her location. Goons come a-callin’, led by Colonel Brigham (a host model we haven’t seen since early in the second season), and Maeve does what she does best (kills them with pinache) — then jacks into Brigham’s mindpearl and reads his memories. She sees that William is the one who sent him, and she finds out who else William is after…

This is why Maeve arrives just in time to save Cal and his daughter from a different set of goons, and together they set off to find a Senator that William is also after. Another thing bothers me, though: in Maeve’s memories, we get glimpses of her time with Cal years ago, back when they were destroying supercomputers together. In one shot, we see Cal gravely injured, with Maeve over him trying to staunch the blood. I… don’t remember that happening last season, and it feels like a weird thing to show if Cal is supposed to be just fine now. So what if Cal died and is somehow a Cal-bot now? “But then how would he have a seven-year-old daughter!” you might be thinking, and yeah sure OK fine whatever. But Maeve had a daughter too, and she was a host the whole time. I’m just saying, weirder things have happened.

He’s not in this episode, but the time jump certainly explains why he was covered in so much dust during that end credit scene last season. It was probably exactly seven years worth of dust!

Also MIA, but since she runs Delos she’s probably the one telling Man in Black-bot what to do. And also she’s still Dolores, but like… an angry evil version who I think still wants to destroy all the humans.

← How Many More Episodes of 'Riverdale' Can There Possibly Be in Season Six? | 5 Shows After Dark: 'Roswell, New Mexico' on The CW, 'Hiding in Plain Sight: Youth Mental Illness' on PBS →