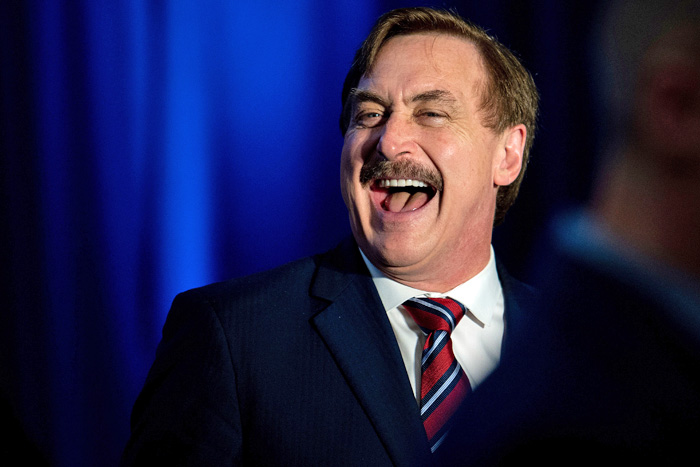 The MyPillow Guy Is Too Batsh*t Even for Newsmax

George Clooney on how he didn’t want “weird-ass” names for his kids. (Lainey Gossip)

An Instagram influencer and five other people were arrested for changing the Hollywood sign to “Hollyboob” when clearly they should’ve been given medals. (Dlisted)

Kanye West is being sued for $30 million in unpaid wages. (The Root)

From Roxana: This is truly nightmare shit. (The Cut)

Oh no, Salma Hayek, are you from Des Moines? https://t.co/CEwhlgfHyS

For my Wandavision-heads out there, this “clue” might be a bit of a reach, or it might be yet another sign that Mephisto is coming. (Comic Book)

January was busy with 95 Cannonballers writing reviews. There’s always room for one more though, so the deadline for CBR13 registration has been extended to the end of this week. If you love telling people about books and hate cancer, Cannonball Read might be the right place for you in 2021. (Cannonball Read 13)

This is Wilber. He’s the new sheruff in town. Even has a badge to prove it. Will not be enforcing any laws, only wanted the job for the hat. 12/10 pic.twitter.com/X9oYRKWcby