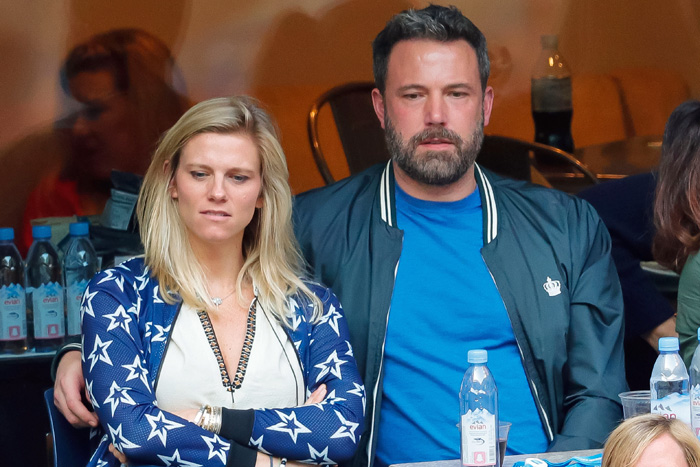 So A-Rod Might Be Dating Ben Affleck's Ex Lindsay Shookus

Because apparently Alex Rodriguez can’t just move on with his life, he’s trying to stick it to Ben Affleck by partying with… Lindsay Shookus who I don’t even think Ben remembers dating. You want to really get back at the dude for scooping up JLo? Find out where they stashed the nanny he cheated on Jennifer Garner with. That’s how you do that. (Page Six)

Apparently, Justin Bieber still ranks high enough to score a meeting with the president of France. Who knew? (Lainey Gossip)

Khloe Kardashian has admitted to having one nose job. OK, lady. (Dlisted)

Dax Shepard is complaining about Kristen Bell getting more attention than he does and started beefing up to be in a Marvel movie. This should end well. (Celebitchy)

From Kayleigh: A woman finds elephant rummaging for late-night snack in her kitchen - and it’s not the first time he’s stopped by. (The Guardian)

From Jen: 56,000 people have signed a petition to keep Jeff Bezos in space permanently. (Business Insider)

From Steven: You’ve heard of dark matter? There’s also dark fish, making up at least 65-95% of all fish biomass is a shifting layer of fish in the ocean that we didn’t know existed for decades other than the fact that something was f*cking up sonar and we couldn’t figure out what it was: (Andrew Thaler)

This one got Roxana right in the feels:

I’m old enough to remember Meghan McCain used to be the “cool” conservative who didn’t want to repeal Roe V. Wade but then Captain Beefsweats from The Federalist huffed and puffed all over her and she went, “Actually, I’m evangelical now.” (Daily Beast)

Aww shit, we got Michael Keaton on The Flash set photos. (Collider)

James Michael Tyler who played Gunther on Friends reveals he has stage 4 prostate cancer and talks about the bittersweet happiness of still being included in the reunion. (EW)

True crime fans may already be familiar with the focus of Katie Skelly’s graphic novel, Maids—the Papin sisters. KM Bezner likes the way Skelly makes a creepy story creepier. "She takes advantage of the distorted view of history and treats it as a playground, filling in some gaps and leaving others as an invitation to readers: come play with me." Are you familiar with the sisters’ tragic story? (Cannonball Read 13)

Because you needed to see a photogenic baby hippo 😁 pic.twitter.com/HE1SmEXaT8

← 5 Shows After Dark: 'I'll Be Gone in the Dark: Show Your Face' on HBO, 'American Ninja Warrior' on NBC | 'Manifest' Struck by Dark Lightning, Deader than Three Resurrected Meth Heads →