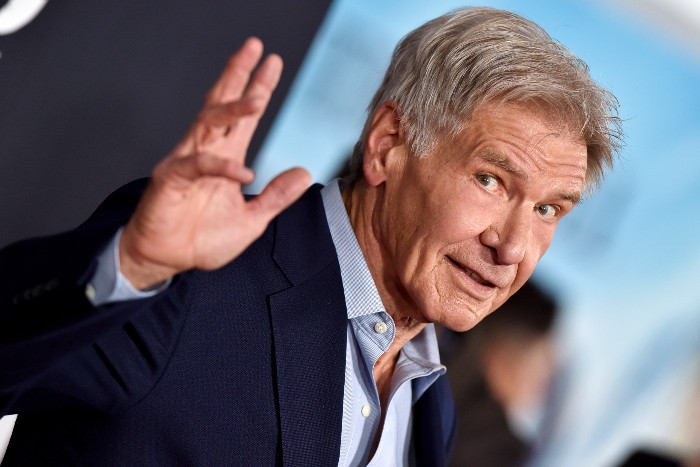 Harrison Ford has reportedly joined the cast of the Thunderbolts as one hell of a replacement for the late William Hurt. If true, Ford will take over the role of General Thaddeus “Thunderbolt” Ross, who not only formed an iteration of the quasi-titular team but later became the Red Hulk, which She-Hulk has been subtly priming people for. I highly doubt Marvel is going to get Ford into a motion-capture unitard if they follow through with that storyline, but if they do, my God. I want all of the behind-the-scenes footage. All of it. (/Film)

Also, what this guy said:

Super excited for Harrison Ford doing Marvel press tours as nerds ask him lore related questions and he just looks back with this… pic.twitter.com/7oDbqtianQ

It sure sounds like Brad Pitt has a cash flow problem. (Lainey Gossip)

Friendly reminder that M.I.A. is an unhinged anti-vaxxer. (Dlisted)

Issa Rae is not here for Ezra Miller’s bullshit. (IndieWire)

NEW: Elon Musk is being investigated by federal authorities related to his attempted acquisition of Twitter, lawyers on behalf of the social-media company wrote in a court filing in Delaware https://t.co/lxTp7KcPCK

thank you to the mesopotamians who created written language so i could one day read this sentence https://t.co/ifduYmN3mv

trader joes exec 1: pistachios without the shell, we could call them shelled pistachios

From Kayleigh: The answer WILL surprise you.

Who do you think is in between the Clintons and OJ on the cover of this book about the 1990s? Pub date 2001. pic.twitter.com/2HVOhw2HSy

From Tori: This is the way to do it: “Silk Sonic would like to gracefully, humbly and most importantly, sexually, bow out of submitting our album this year.” (Rolling Stone)

And, okay, this one isn’t entirely sexual, but Leah Remini tearing Scientology a new one is kinda hot. Let’s be honest. (Twitter)

The CBR14 Book Bingo Reading Challenge ends in 32 days! As Jake points out in his review of The Ice Coven, book challenges are great for clearing out TBRs and discovering those books that have been sitting unread on your shelf. There’s still time to start playing—take a look at this week’s check-in post for a new perk for Bingoers who complete their card. What motivates you to read the books you have? (Cannonball Read 14)

From Dustin: Let me see if I can get this headline right: The time Lesley Manville urinated down an inclined stage during a performance because Judi Dench made her uncontrollably laugh by pretending to get rimmed off stage.


← Why No One's Talking About Brendan Fraser's New CW Series, 'Professionals' | Anyone Who Says They Spent $28 at Taco Bell Is Lying Or (Literally) Full of S--- →