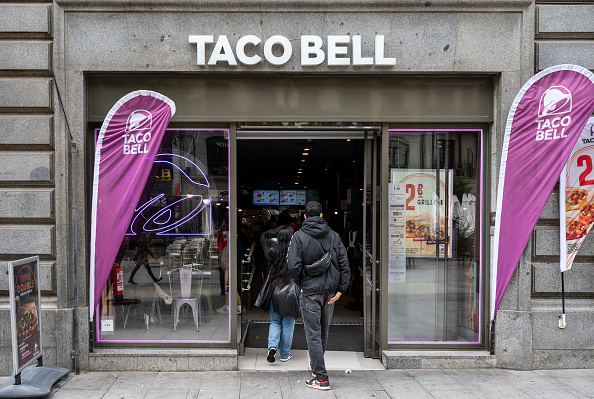 True story: When I was in high school, we ate one meal a day on most days in my house because we were poor. My single father worked two jobs every day from 2 a.m. until 6 p.m., so he did not cook. Every night, we’d eat dinner from one of the two places we could afford: Sonic (and their $3 brown bag special) or Taco Bell. We ate at Taco Bell because four people could eat there for under $15. I ate it at least 4-5 times a week until I developed an ulcer as a senior and had to take a break.

Now I eat it once every few years, for old times’ sake, when I get a rare night alone when the rest of the family is out of town. This actually happened last weekend. It was glorious! You can order from a touch screen now so you don’t have to embarrass yourself in front of a cashier, and because it had been so long, I wanted to try everything. I ordered seven items and a drink, enough food to feed my old family of four. I ate most of it, felt horrible, and woke up with COVID, which may or may not be related.

But a Fox Business guy — complaining about inflation — apparently spent 28 damn dollars at Taco Bell. For lunch. Twenty-eight dollars. During the middle of the day. A work day, no less! The Daily Show’s Roy Wood, Jr. has a take on that, and I have watched it five times now. I lose it every time.