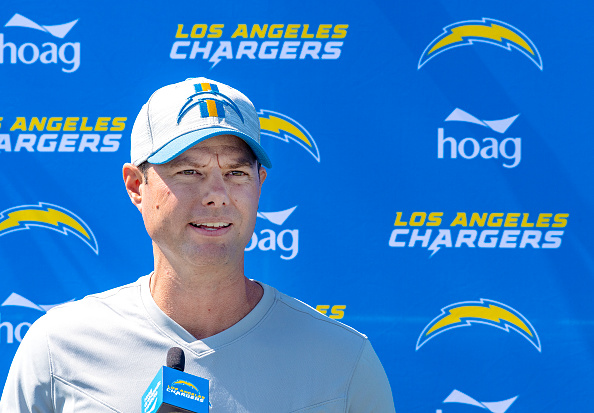 OK, Not Every NFL Coach Is a Total Garbage Person

The fallout from the investigation into the cheerleading scandal in the Washington Football Team’s organization continues. Earlier this week, Oakland Vegas Raiders coach Jon Gruden resigned after the investigation surfaced racist, homophobic, and misogynistic emails he’d sent to Bruce Allen, the former President of the Washington Football Team. Today, the Times is reporting that emails between the same Bruce Allen and Jeff Pash, the league’s general counsel and top adviser to Roger Goodell, illustrated a “clubby relationship” between one of the men charged with disciplining teams and the subjects of that discipline. Pash frequently expressed sympathy for Allen’s issues, rescinded fines, and suggested that Allen had nothing to worry about where it concerned the cheerleading scandal, though Allen himself arranged for cheerleaders to pose topless and serve as personal escorts to VIPS. For the record, we also learned that ESPN reporter Adam Schefter also had a chummy relationship with Allen, allowing him to essentially edit Shefter’s reporting about the Washington Football Team, a big ethical no-no in journalism.

In writing about Jon Gruden earlier this week, I suggested that the difference between Gruden and other executives and coaches in the league is only that Gruden got caught, which the trove of 650,000 emails involved in the cheerleading scandal continues to demonstrate. However, there does appear to be at least one exception, Los Angeles Chargers coach, Brandon Staley, whom I am singling out only because he’s the rare coach who has actually managed to say the right things (for the record, Jeff Fisher denied earlier this week that he was pressured to draft the NFL’s first openly gay player, further expressing support for Michael Sam). While we expect to hear words like these from the likes of Coach Steve Kerr or Gregg Popovich in the NBA, I’m not sure that I’ve otherwise ever heard an NFL coach express support for marginalized communities.

“I think what you’ll discover is that we have so much more in common than not” pic.twitter.com/nKfKazUQ4v

If you don’t want to watch, here’s his full quote:

“Trust is really, really hard to achieve in this world. It’s really, really challenging to achieve, especially with people with those groups that I just mentioned. People are really guarded and skeptical of people because of emails like that.

“Kindness and lifting people up and respecting people you don’t know, I just think that that’s such a big part of our thing here … listening to people and learning about people because I think what you’ll discover is that we have so much more in common than not.

I stand corrected: There’s at least one coach in the NFL who is not a complete garbage person. With QB phenom Justin Herbert, Staley and the Chargers are also riding a 4-1 record and happen to be one of the more fun teams to watch this season.

← Don't 'Drag My Name into Your Mess': Hannah Gadsby Lashes Out at Netflix Over Dave Chappelle | Trevor Noah Tackles The 'Great Resignation' →