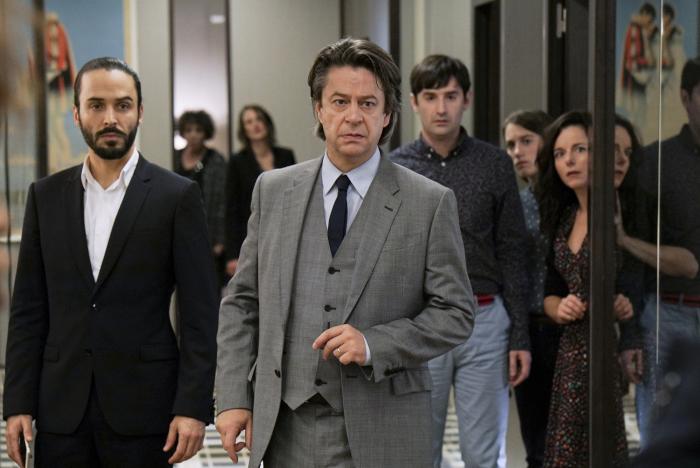 Looking For a New TV Binge Watch? Check Out ‘Call My Agent!’

In our endless search for a new television marathon, we as viewers find ourselves utterly spoiled by the sheer quantity of options available. I can log onto Netflix at any given time — via my TV, laptop, or even phone — and find thousands of episodes to choose from, across a variety of genres and ideas and required level of focus. What we as English speakers often forget are the shows available from other countries in languages not our own. What used to be the stuff of online gossip for us is now readily accessible without a second thought. However, we often forget the TV wonders of the rest of the world, a few breakout exceptions aside, such as that brief time in the UK where everyone was obsessed with Scandinavian crime shows. So it was during one lonely night I stumbled onto Netflix and wondered if I could test how much of my high school French I remembered, and that led me to Call My Agent!

Known as Dix pour cent in its homeland, where the show is broadcast on the France 2 network, Call My Agent! is set at the fictional Parisian talent firm Samuel Kerr Agency (ASK), the show follows four agents who represent some of the biggest and most prestigious names in French pop culture. After their beloved founder dies, the team are left to pick up the pieces and deal with tax issues, troublesome clients, and a very messy collision between professional and public. So far, it sounds like a typical workplace comedy, but this one has a hell of a twist: The agents are fictional but the clients aren’t. Real A-List French stars pop up as harried clients who need guidance, control, and occasionally a verbal slap in the face. Yes, that really is Cécile de France in the first episode worrying about needing to get plastic surgery. No, seriously, both Isabelles Huppert and Adjani guest star as themselves. It’s Jean Dujardin too! And Monica Bellucci! And Juliette Binoche!

The idea of blending real and imaginary in this sort of depiction of celebrity isn’t new. Extras did it, so did Entourage and 30 Rock. If you’re a major star looking to prove to the world just how normal you are then there’s no better way to do so than knocking yourself down a peg or two with self-parody. Ricky Gervais was heralded as some sort of messianic figure through his show’s often intensely cruel take on people like Kate Winslet as ceaseless narcissists. Tina Fey let celebrities lean more into the absurd when playing themselves, in keeping with the frenetic cartoonish nature of the show, while Entourage was merely masturbation disguised as humility. Ultimately, these shows were bound together by caricature, and that’s something Call My Agent! gracefully avoids.

The celebrities on Call My Agent! feel like real people. They’re not screeching divas or overgrown toddlers, but rather human beings who live weird lives and have gotten used to inhabiting that strange space. They all react to elements of their job in ways that feel natural to the scene, such as the first episode where Cécile de France discovers she’s lost the job of her dreams because Quentin Tarantino (not featured) thinks she’s too old for the part. They’re not exempt from being d*cks occasionally and the show isn’t slavishly adoring of them, but it also knows that it would be way too easy to make them all cartoons.

Call My Agent! isn’t devoid of drama, but there’s an oddly soothing aspect to the show rooted in how much its central characters both love their jobs and are very good at them. There are crises to deal with and f*ck-ups to fix, but by and large, the quartet of agents are talented, committed, and genuinely interested in their clients. As one would expect from a show about France and cinema, this is a world where people adore the movies. Of course it’s Film Twitter bait!

The central quartet of Call My Agent! are the show’s real hook: Mathias is the seasoned agent with no patience for BS and a solution for everything except the sudden arrival of his secet daughter, Camille; Andréa is a queer power b*tch workaholic who’s fallen into a relationship with the woman doing ASK’s tax audit; Gabriel is an endlessly panicked but committed agent who’s forming a connection with the company’s receptionist who’s also an actress; and Arlette is a no-nonsense old broad with no time for anyone but her dog. The cast are uniformly excellent but the standout for me was Camille Cottin, who plays Andréa. Imagine Sigourney Weaver in Working Girl with a vape pen and the sex drive of Warren Beatty and you’re halfway there. Cottin is endlessly charismatic as a woman who is exceedingly good at her job and seducing women but has begun to wonder if that’s all there is to life. She’s a future Pajiba 10 candidate if ever I saw one (and she’s also the French Fleabag in the country’s remake of the series!)

The soap opera style drama comes thick and fast. The fate of the agency is always unsure, the company’s finances never clear, and there’s kind of an incest subplot but not really? The business side of the equation can get a little insider baseball but there’s nothing here that would make the show completely impenetrable to movie world novices. What makes Call My Agent! so worth your time is its blend of workplace comedy, personal drama, and a wholehearted affection for the absurdities of cinema and the people who make it happen. There have been rumours as to who will star in the show’s fourth season, such as Marion Cotillard, and apparently major Hollywood actor who love the show have reached out for a cameo. Personally, I hope they stay away. The show is so much more fun when it’s unashamedly French.

Three season of Call My Agent! are available to watch now on Netflix.

← What's a GIF That Just Never, Ever Fails to Make You Laugh? | Stream It Or Nah? Netflix's 'Point Blank' Remake with Anthony Mackie, Joe Grillo →