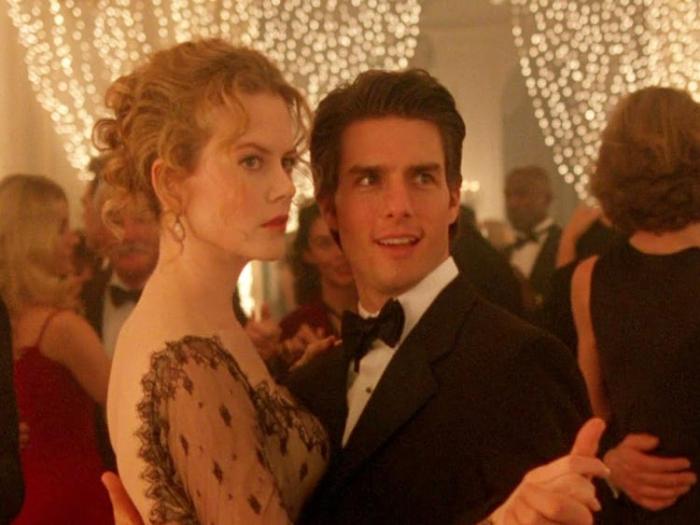 What'd We Say About Sex Parties During a Pandemic, Huh?

After being tested for coronavirus and agreeing to wear masks, about 250 people checked into a New Orleans hotel for the swingers convention on Nov. 14 to reconnect a community separated by the pandemic. A little more than two weeks later, 41 attendees have tested positive for the virus, according to the event’s organizer, in an outbreak that led local officials to call the convention a “superspreader event.” A spokesman for New Orleans Democratic Mayor LaToya Cantrell said the event was a “very stark example of what can happen when you don’t obey the social distance guidelines.”

Amazingly, the 250 people who attended the convention were only 1/10th of the usual crowd, and thank God the other 90 percent had sense enough to stay home during a pandemic instead of swapping bodily fluids with strangers. Didn’t y’all get the memo? This year, sex parties are virtual.

It wasn’t the only sex party to make headlines in recent days. In Brussels, a doctoral student held a sex party with 20 men in violation of COVID protocols. Guests included Hungary’s prominent anti-LGBTQ politician Josef Szajer. Szajer tried to escape through a window but was nabbed by police. It’s always the anti-LGBTQ politicians sneaking out of windows during gay sex parties, isn’t it? Szajer has since resigned from his position. From The Daily Beast:

Szajer was not an invited guest, but had accompanied a friend, Manzheley told Blikk, which posted photos of him and the interior of the small Brussels apartment where the soiree was held last Friday.

“I always invite a few friends to my parties, who in turn bring some friends along, and then we make it fun together,” he said. “We talk a little, we have a drink—just like in a café. The only difference is that in the meantime we also have sex with each other. I don’t see what’s wrong with that.”

The room where Manzheley held the party in his apartment was strung with black cobwebs and skulls with glowing eyes along with devil tridents and other Halloween-motif decorations on the walls. There were also pink hearts galore, overstuffed sofas along the walls and mattresses strewn across the apartment floor, according to the photos published in Blikk.

No infections have been reported from the party yet because they at least had the good sense to bring in nurses, who provided rapid COVID tests at the door. Seems like a small space for 20 men, but what do I know of sex parties?

Finally, this is not sex-party related but, folks: Keep your grandmas out of karaoke bars for a few more months, for God’s sake!

How did she get covid? She’s been sneaking off to karaoke bars that are covertly operating illegally, w/o covid precautions.

Am I disappointed? Amazed? Losing my mind? All of the above.


← Alex Winter And Keanu Reeves Doing Talk Shows Together Will Always Be Delightful | Uh, No Thanks, Mate →