Airbnb has purchased and renovated the Northern California home used in the original Scream movie as the location of the big party where .. .uh spoilers? A whole bunch of people die. Starting on Tuesday, October 12th, you can rent it out for $5 A NIGHT (that’s a scary bargain!) over Halloween weekend.

This would be pretty cool for a superfan of the Scream franchise. Because Airbnb has put together a fun-sounding package for anyone who books the iconic house:

— A virtual check-in from Sheriff Dewey (played by David Arquette).
— The entire collection of Scream movies on VHS to watch during your stay. Because, you know, the ’90s.
— A dedicated phone line where YOU can call the Ghostface Killer to ask them questions.
— A pantry stocked with classic ’90s snacks like Jiffy Pop, pizza, ice cream, and Reddi-Whip (although I was unaware that these were classified as throwbacks. Apparently my fridge is a relic.)
— You also get a chance to win some Scream swag — DVD copies of all the movies, Woodsboro High gear, and a poster for the new film coming out in 2022.

Of course, you can spend your entire stay exploring the house where they’ve recreated the knife marks on the kitchen door and put in a stained-glass, Ghostface Killer, picture window. 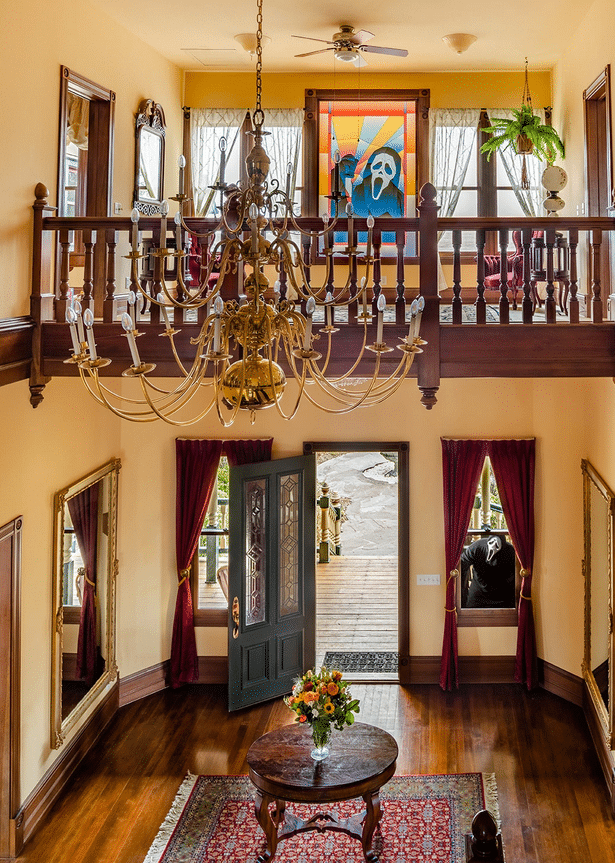 Look, I know that in this capitalist hellscape we’re all muddling our way through, Airbnb is sometimes one of the bad guys — decimating affordable housing in a lot of communities, giving coverage to racist hosts, there are a lot of reasons to think the whole thing is pretty gross. But the fact that the Scream house is rentable for way less than Bella Swan’s Twilight house is NOT one of them.

You’re not scared are you? Learn how to book your stay @airbnb & see the new SCREAM in theaters January 2022 @ScreamMovies pic.twitter.com/ZRm4q1SucI

← HBO Releases Its 'House of the Dragon,' Trailer; Is There Still an Appetite for It? | The Pajiba September 2021 Book Recommendations Superpost! →