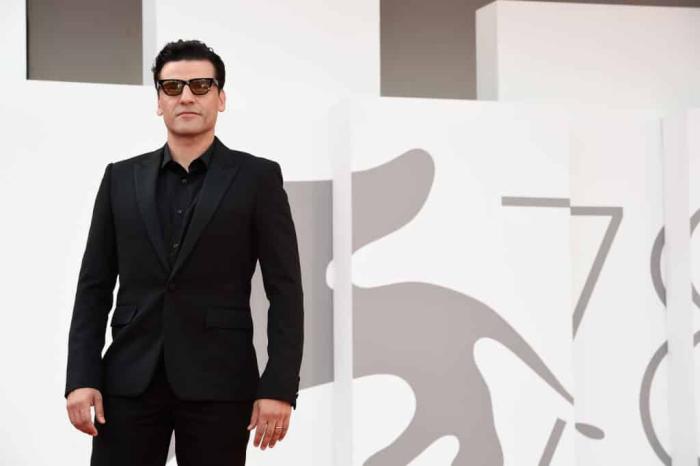 Yes, my friends, it’s that time of the month again. I am, at the time of writing this piece, 15 books away from my goal of 100, and I feel confident that I can pull it off. I’m also reading some real doorstops, so get me with my literary skills. Here are a few of my most notable reads of September, and let me know in the comments what you’ve been reading lately.

The Deep by Rivers Solomon with Daveed Diggs, William Hutson, and Jonathan Snipes

THE DEEP by Rivers Solomon: Descendants of the unborn babies thrown overboard during the Middle Passage still live in the Atlantic—but when Yetu rises to the surface, she discovers the world her people lost. A powerful work about ancestral pain—and the possibility for joy. pic.twitter.com/0FiWNahUEH

The pregnant African women who were tossed overboard by slave ships on the way to America evolved. Over the centuries, they became water-breathing mer-creatures who built their own society in the deepest recesses of the ocean. Their past, too traumatic to relive, has been passed on to a historian, Yetu. She holds all of the memories of her people, every single moment of pain and trauma. It’s too much for her to bear, so she flees to the surface, hoping to escape the burden of her responsibilities. The past, however, can’t be forgotten so easily, and nor should it.

Based on a song by Clipping, the rap group formed by William Hutson, Jonathan Snipes, and Daveed Diggs of Hamilton fame, The Deep was transformed into a novella by Rivers Solomon, an author who knows a thing or two about sci-fi and fantasy. They have cleverly fleshed out the set-up of the song and focused more on atmosphere and memories than a conventional narrative. This is a story about the inescapable nature of pain and how intergenerational trauma impacts us even centuries after the fact. This novella’s brief length betrays the density of its thematic content, from ideas of gender and racial identity to portrayals of mental health. It’s also a beautiful ode to the importance of oral storytelling, particularly in the Black community. I almost wish it were longer but I feel like that would almost defeat the purpose. Either way, believe the hype.

All My Puny Sorrows by Miriam Toews

Yolandi and Elfreida are sisters, one a failing writer in the midst of a divorce and the other a world-class pianist with adoring audiences around the globe. But Elf has long struggled with depression, and after her latest attempt at suicide, she is hospitalized with Yoli and their mother left on-call. Elf wants to die more than anything else. Yoli is fighting to keep her alive.

I covered the recent film adaptation of All My Puny Sorrows at this year’s Toronto International Film Festival and enjoyed it enough to seek out the book. That did end up somewhat weakening my positive write-up of the movie since the source material is vastly better, but hey, it’s the risk you take in a world where the book is almost always better. Miriam Toews writes frequently about life in the Mennonite community and the aftermath of leaving it. Women Talking, her 2019 novel about a group of Mennonite women dealing with a traumatic event, was one of my favorite books of that year. All My Puny Sorrows isn’t quite as daring in form but it is similarly striking in terms of its sheer humanity. The sisters are still impacted by their childhood upbringing in a strict Mennonite town and how it hurt their late father. We sense how the scars of the past can linger long into the future, perhaps becoming more painful than they were at the time.

Given the emotional nature of this story, it’s remarkable how tonally balanced All My Puny Sorrows is. It can often be very funny without diluting the seriousness of the subject of depression and suicide. This is a family used to dealing with their problems with a sardonic quip and there’s a real authenticity to that. It’s not black comedy so much as it is a display of the frustration that comes with impossible situations. You laugh because crying’s too bloody exhausting.

Toews walks a thin tightrope with seeming ease. Elf doesn’t want to get better. She wants to die. She fakes progress to get out of hospital just so she can try death once more. At one point, she begs her sister to take her to Switzerland so she can die on her own terms. Toews does not try to answer the question of why Elf is suicidal. She knows that to do so would be reductive and insulting and a dismissal of the furious entanglement that is the human mind. Instead, she sensitively tackles the reality of this particular kind of despair. How do you fight to save someone who is choosing to die? Toews offers no answers here. It’s not how that works, but the novel is a striking piece of work that I heartily recommend.

Red and Blue are rival agents who jump through time and space to battle one another and secure victory for their respective factions. This is a war that has seemingly lasted forever, and both soldiers are weary. Among the ashes of one decimated world, there is a letter, and soon a strange correspondence is struck up between Red and Blue. What starts out as taunting banter evolves into something far stronger, a love that would mean death for both of them if anyone else found out.

The Hugo Award-winning novella This is How You Lose the Time War could not come more highly recommended. It felt like every sci-fi lover I know was rhapsodizing about this book when it came out. I understand the appeal. It’s sumptuously written, lyrical in its prose in a way that recalls modern verse. There are great ideas here and hints at the vastness of a universe that never stays in one shape for very long. My problem was that I just didn’t feel like there was much to grab onto. The romance developed out of nowhere and there wasn’t much in the way of tension, despite the potential for it with that genius set-up. I wanted more and the beauty of the language just didn’t prove to be as wholly satisfying as I needed it to be. Reading this book felt like trying to grab smoke in my hands.

How beautiful is this cover? So glad it's back in print. pic.twitter.com/reZDfOFRM5

Last year, I discovered Silvia Moreno-Garcia a few good years after everyone else did thanks to the success of Mexican Gothic. I’m annoyed it took me as long as it did to read her because her work is 100% my jam thanks to its blend of horror, noir, and Mexican mythology. This year, she has two novels available in hardback, one of which is a re-release of a previously out-of-print vampire book. Of course, I bought that one first. Set in an alternate world where vampires live among humans but Mexico City is a vampire-free zone, Certain Dark Things details the criminal underworld of human and undead alike. Actually, the vampires here aren’t really undead. They’re a separate species with variations in diet, appearance, and powers, depending on their region of origin. Our main vampire is Atl, a runaway trying to cross the border to avoid the gangster clan who killed her family, and tagging along is the human boy Domingo, who’s become her new assistant-slash-blood-bag.

Moreno-Garcia has never been one to skimp on world-building, although it would have been nice if we’d seen more of the vampiric ecosystem and subspecies that are detailed in the afterword. Still, this is an undeniably fresh take on a well-worn mythos and one that’s a welcome step away from the blinding whiteness of the vampire genre. It’s also definitely not for teens, despite some marketing pushing it as a YA novel. This is action-horror, complete with some savage scenes of violence and brutality. The book is at its best when it explores the relationship between these vampiric clans and the underworld they occupy in a country with lax restrictions against them. Moreno-Garcia also moves deftly between multiple points of view, from a weary human detective giving into corruption to the smarmy hotheaded vampire gangster to the aging Renfield doing his master’s bidding. Moreno-Garcia quickly became an auto-buy author for me and this book only further confirmed that to be a very smart choice.

About 200 pages in so far. It's nowhere near as dense or impenetrable as I had built up in my head.

I'm casting it with the ensemble we would have gotten had David Lean gotten to direct it in the '60s, as was once planned. Peter O'Toole is obviously Leto Atreides.

This one’s pretty good, eh? You may have heard of it. I’ve been told it’s a big deal. All jokes aside, I have long been trepidatious about actually reading Dune, a novel whose gargantuan legacy greatly precedes it. From the outside, it seems so foreboding, so wholly inaccessible to those who aren’t born and bred high-fantasy readers. Approaching the undisputed classics of any literary genre can be tough and I’m typically a reader who finds myself put off by such levels of hype. But I love Denis Villeneuve and, since I already knew the basics of the plot from David Lynch’s film, I thought I’d see if I could finish the book before the new adaptation of Dune is released in the U.K. next month. To my delight, I found the book immensely readable, nowhere near the impenetrable or dense text I’d imagined it to be. You don’t need to me to regale you with the plot or character details of this book since they’ve permeated the pop culture discourse so thoroughly, even to those who haven’t read them. What did surprise me was the sheer density of the themes and what was clearly being set up for future novels (I just finished Dune Messiah over the weekend, which I appreciated even more.) If nothing else, it’s been satisfying to fill in this major gap in my literary knowledge. I may have to check out the third novel soon.