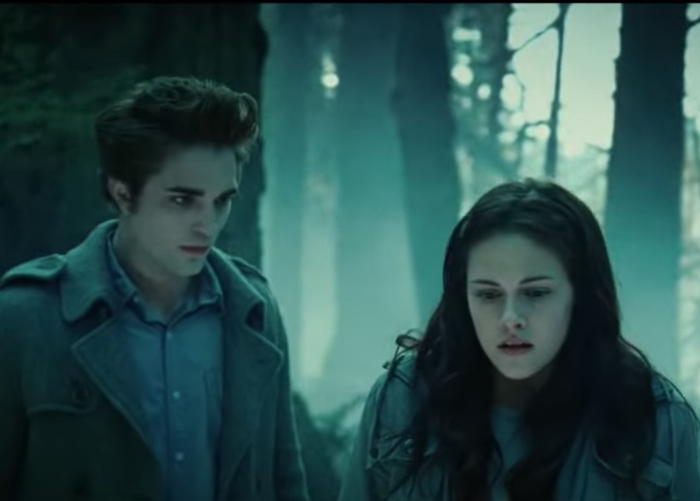 Friends, do you ever watch a TV show or movie that you love so much, you just want to live inside it? Don’t lie to me, I know we all have those properties that stick with us for a long time. That’s why I pay people to dress up as animal hybrids and chase me down Sunset Blvd from time to time, so great is my love for the Island of Doctor Moreau; and also, why I’ve never bathed in my entire adult life. I love Splash so much—but only the parts that take place in New York City, so I never want to risk getting wet and turning in to a mermaid.

So, for those Twihards among you, today is your lucky day, because you can rent Bella Swan’s house on AirBnB. Yes, technically I know it’s Charlie Swan’s house, but that sentence is designed to separate the casual fans from the real Twihards, so really, it was a test. Did you pass?

For a minimum of 2-nights, and at the cost of $330 a night, you can recreate your best Twilight fantasies. You could even, probably, pay a guy named Edward to silently watch you sleep, like in the movie, if the price is right because that was never creepy and always a romantic thing to have happen.

Although good luck on getting a real vampire to come over. Ever since they tightened union regulations, it’s much harder to convince one of the creatures that stalks the night to do non-union work such as what you’re requesting. You can try your chances, though, because in the Swan house, anything goes!

Well, not anything. According to the AinBnB page, there is no washer on the premises, as well as no air conditioning. So plan ahead.

Also not included are Robert Pattinson or Kristen Stewart, but I’m pretty sure if you were to run into Taylor Lautner, he probably wouldn’t turn down this opportunity, as long as there was free beer. So keep a lookout because stranger things have happened. Like a story about a frustrated virgin vampire and his family of fellow vampire weirdos becoming an internationally successful series of books and movies.

Joking aside, I genuinely love Twilight. So much so that this Saturday, I will be attending an outdoor screening of it at a graveyard, where I will get drunk and most definitely “Woo hoo!” at my favorite line: “You’re like my own personal brand of heroin” and then drunkenly cackle, because honestly, that movie is kind of great as long as you’re not the parent of an impressional teenager trying to explain to them that Edward and Bella’s relationship was not romantic, but toxic and unhealthy. Don’t forget that a bunch of vampires play a sad pickup game of baseball in a thunderstorm, set to Muse’s “Supermassive Black Hole.” So good.

I guess what I’m saying is that if anyone wants to go halfsies on the Swan house, you know where to find me this Saturday. Drunk in a graveyard, just like every Saturday, from now until eternity. Dibs on Bella’s room, though.