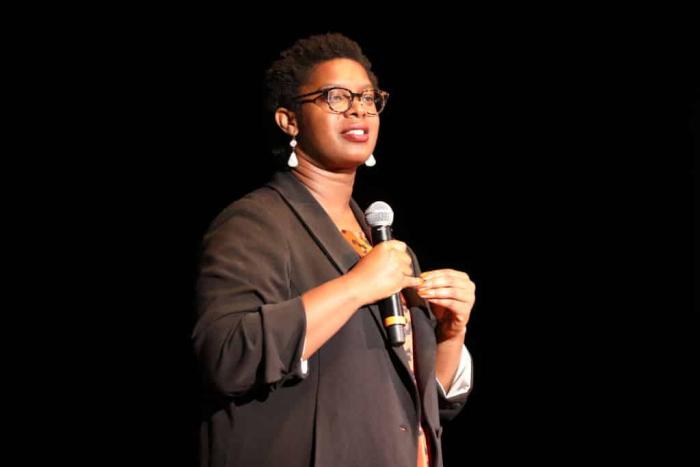 Summer is here and I can now visit cafes to read in public like a normal person. Hurrah! This month, I also stormed past my 2021 goal to read 52 books, a planned average of one a week for the year. In 2020, I read 158 books. I’m not sure I can surpass that goal this time around, but you bet I’m going to give it a go. Here are some of the books that proved to be literary standouts for the month of June, and make sure to share your own choices in the comments below.

Last Night at the Telegraph Club by Malinda Lo

When I was a YA blogger many eons ago, Malinda Lo’s Ash arrived on the scene like a bolt of lightning. Her queer reimagining of Cinderella was a much-needed breath of fresh air that, in retrospect, feels somewhat ahead of its time. In her most recent novel, Last Night at the Telegraph Club, Lo turns her focus to historical fiction but keeps her gaze towards the transformative and still-radical force of LGBTQ+ love. Set in San Francisco of 1954, Lo’s heroine is a high schooler named Lily Hu, the daughter of Chinese immigrants and ‘perfect daughter’ on the route to a normal adult life. Yet she knows that’s not right for her, even if she can’t pin down the exact reason why. Then she grows close to fellow student Kathleen Miller and her eyes are opened to the burgeoning queer scene of her home city. This is not a safe time to be a gay girl in love, especially with growing Red Scare paranoia putting her family in harm’s way. Yet Lily can’t stay away from Kath or the Eden they’ve found at the lesbian bar called Telegraph Club.

What a book! I’m not quite as entrenched in the YA world as I used to be, but it’s novels like this that made me such an avid blogger in the first place. This is teen-focused historical fiction at its finest. Lo creates a beautiful world of contrasts that shows Lily’s exploration of her sexuality and the joys of found family in the face of misogyny, racism, homophobia, and the increasing paranoia of the Cold War’s anti-Chinese American sentiments. For Lily, finding her place in the world is tough enough as a young woman of color, but the true spirit-lifting joy she finds with Kath and the Telegraph Club, with its candor and lack of secrets and the eye-opening delights of male impersonators, is life-changing. There are a few loose ends that are left hanging and the threat of deportation that looms over Lily’s father’s head could have used more room to breathe, these feel like nitpicks given the sumptuousness of the rest of the novel.

The Ugly Cry by Danielle Henderson

My memoir, The Ugly Cry, is out today.

It took everything I had within me to bring this book to life. Nothing means more to me than people finally reading it and fully getting it-the whole scope of it. The good, the bad, the funny. Because that’s…life.

Danielle Henderson became a minor internet phenomenon when she created Feminist Ryan Gosling. Since then, she’s become a writer for shows like Maniac and Divorce, profiled the likes of Regina King, and the co-host of the podcast I Saw What You Did. Her memoir, The Ugly Cry, has been described as ‘the funniest memoir I have ever read’ by Augusten Burroughs. I wouldn’t go that far, but it is certainly a striking and tonally deft display of that balance between humor and heartache that has defined Henderson’s online work. As a child, Henderson was close with her grandmother, a straight-talking woman with zero tolerance for bullsh*t, even from her own family. Henderson’s mother began an abusive relationship with a man who essentially moved into their house and refused to leave, she struggled to deal with his emotional, physical, and sexual violence. After he was arrested for child abuse, Danielle hoped the trauma would end, but instead, her mother dropped her and her brother off at her grandmother’s house and left with her abuser.

Much of The Ugly Cry is a love letter to Henderson’s grandmother, a woman of blunt wit and fierce devotion who dropped everything to care for two young children suffocated by trauma. Looking back on her childhood with renewed clarity and empathy for many of the people who hurt her, Henderson details the intersecting complexities that defined her, from being one of the few Black kids in her majority white town to the suicidal ideation that plagued her well into adulthood. It’s a testament to Henderson’s skill that her prose manages to flow from laugh-out-loud moments of grandmother’s advice to the pain of unprocessed trauma. This must have been an intensely difficult story to write but Henderson makes it seem almost easy thanks to her laser-like focus and ability to navigate extreme tonal shifts. I devoured The Ugly Cry in one sitting.

(The Ugly Cry is available to read now. With thanks to the publisher for sending me an advanced reader copy.)

The Mars Room by Rachel Kushner

And now we have wonderful Rachel Kushner, reading from The Mars Room. #literatureforjustice pic.twitter.com/JSFUaXX1wk


Romy Hall is on the bus heading to Stanville Women’s Correctional Facility in California, where she will serve two consecutive life sentences. Nobody seems to care much that the man she killed was her stalker, or that she’s a poor single mother. The system just wants her to be dealt with, much like the other prisoners she’ll be locked up alongside. How does one survive in a place deliberately created to be utterly bereft of hope or humanity? At one point, Romy sardonically declares, ‘I don’t plan on living a long life. Or a short life, necessarily. I have no plans at all. The thing is you keep existing whether you have a plan to do so or not.’ Author Rachel Kushner is unflinching in her depiction of the horrors and cruelty of mass incarceration in the for-profit American prison system.

Through her lens — often bleakly funny, sometimes queasily detailed — we see this world as one of punishment not for crime but for those who dared to be poor, vulnerable, screwed over by an uncaring society. Sex workers, trans people, and working-class women stuck in the cycle of poverty seem like inevitable future inmates in Kushner’s blunt and unforgiving glance. She’s not far off, to be fair. While there are moments of pitch-black humor, such as in the explanations for using the cell toilets to smuggle contraband and brew ketchup hooch, there’s barely a scrap of optimism to The Mars Room. Why should there be? The only time Kushner lets her guard down in this instance is with the description of Romy’s adorable son, seemingly the only optimist in the entire world of Kushner’s novel.

TODAY IS HERE!!! Somebody’s Daughter, is officially available for purchase online and in most bookstores. Thank you for the preorders, reviews, and love! Send me a pic if you see it in a bookstore! And if you haven’t ordered it yet, you can buy it here: https://t.co/dMB3o6C2oe


The writer, podcaster, and Twitter favorite Ashley C. Ford grew up without her father. For as long as she can remember, her dad has been in prison for a crime that nobody will talk to her about. As her life became more tumultuous, including her increasingly fraught relationship with her mother, she continued to idolize her father and the no-strings-attached adoration he gave her. It’s not until her teens that she finds out why he’s behind bars. The clarity with which Ford shares her story is striking and often heart-wrenching. This is a memoir of emotional layers that reveals much more beyond its seemingly simple set-up. Ford has a real talent for bringing the reader into her perspective, especially during her childhood years as a Black girl in Indiana with an incarcerated father and a family life dominated by emotional strife. But make no mistake, this is no misery lit title. There’s not a drop of inauthenticity here. No easy answers or big hugs against the setting sun. Ford explores the idea of forgiveness — of loved ones, of oneself — and the limits of love.

The Days of Abandonment by Elena Ferrante

I was going to sleep but then I started this and knew I HAD to finish it in one sitting. pic.twitter.com/WdT0e9qJ4P

The mysterious Elena Ferrante made a huge splash in the international literary scene with her Neapolitan quartet, a series of novels centered on a tangled friendship between two women over the course of several decades. That saga is truly worthy of the smothering hype that engulfed it, an astoundingly thorough and propulsive tale of the bonds between women that feels so vivid and lived in. Reading her other non-Neapolitan novels isn’t exactly a let-down by comparison but you definitely see how these stories were primers or sorts for her to prepare for her magnum opus. The Days of Abandonment shares a lot of thematic common ground with her quartet. In it, a woman named Olga finds her life splintering apart after her husband announces his plans to leave her. She soon devolves from a modern woman into a near-primal display of id, descending into heartbreak and paranoia that culminates in a brief period of entrapment in her own home. The Days of Abandonment is more of a symbolic narrative than the achingly detailed realism of the Neapolitan novels, but it still has that oddly addictive quality of Ferrante’s most famous books. It’s a short read and once I started, I found I couldn’t stop until I was finished, sensible bedtime be damned.

As a long-time lover of all things vampiric, I’m kind of surprised with myself that it took until this year for me to read Lost Souls. In the early ’90s, when the genre reached new levels of popularity thanks to the big-screen adaptations of Interview with the Vampire and Bram Stoker’s Dracula (two of my favorite films, by the way), this debut novel was positioned as the natural heir to Anne Rice. It’s not hard to see why. New Orleans features prominently in both worlds and they’re both defined by their unabashed queerness. Lost Souls, however, is a very different beast to the world of Lestat. This tale of utterly debauched vampires with a love for chartreuse and chaos is utterly unconcerned with the morality of mere mortals. These vampires are murderous, even by their species’ standard, and engage in acts of rape, drug use, incest, and whatever else floats their boat. I’m still kind of shocked this got published in 1993 because it remains astoundingly raw and pushes the limits even in 2021. It’s nothing if not committed. If you’re going to create vampires who are 100% amoral then you have to go all the way. I respected this book more than I liked it but I am also highly aware that I would have worshipped the ground this book lay upon had I read it at the age of 15.