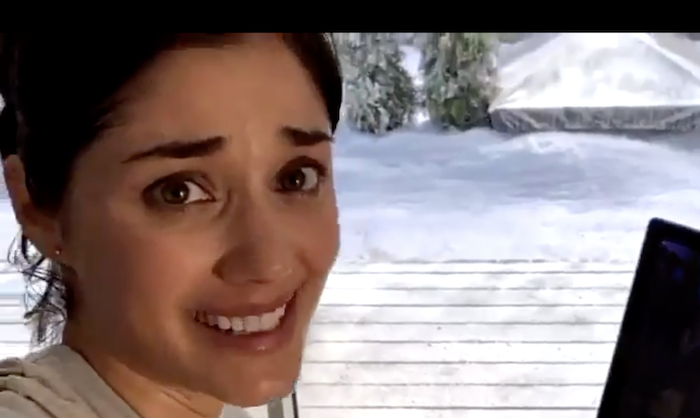 I’d never heard of Peloton before today because I live in the streaming era and never see commercials unless they are so bad that they end up on Twitter. So when I saw this tweet earlier, I got excited because I legit thought a new season of Black Mirror was upon us. It made sense because they usually debut around the holidays.

Watching that commercial did not disabuse me of the notion that a new Black Mirror season would soon premiere. It looks like a teaser to a very good episode. I would watch that episode about a gaslighting husband who gave his wife a stationary bike as a metaphor for their marriage. As it turns out, however, that is a real ad, and only the music has been changed. Here’s the terrifying original ad for Peloton:

this ad is making me lose my goddamn mind pic.twitter.com/GXgypRkFOg

Do not adjust your computers. That is a real ad.

The Peloton commercial is a guy giving his wife a bike, and she filmed herself using the bike (and waking up to use the bike?) and then they watched those videos of her working out as a family on their TV after? What?

Also, I have heard that song a million times, but I have never in my life heard of its singer, Tal Bachman, who it turns out is the son of Randy Bachman of Bachman-Turner Overdrive fame, which is the basis for one of the best band names ever, Kathleen Turner Overdrive, the Jack Black fictional band in High Fidelity.

Sorry to shake things up but I'm excited to announce I'm throwing my hat in the ring and joining the presidential race and running on the single issue platform to jail everyone involved in the pitching, scripting, acting, shooting, and approval of the Peloton ad.

The Internet obviously took issue with it, specifically with any husband who might give his wife one of these machines.

Nothing says “maybe you should lose a few pounds” like gifting your already rail thin life partner a Peloton pic.twitter.com/E2M9gFdD5A

Is anyone else getting “I’m afraid of my husband” vibes from the woman in the peloton commercial?! You rode a bike a few times this year. Chill out.

WON’T SOMEBODY HEED THE CRY FOR HELP FROM THE POOR WOMAN TRAPPED IN THE PELOTON CHRISTMAS AD pic.twitter.com/GmkQdEZdQE

the peloton ad, but for a dad who get's a flesh light

Of course, in the midst of Twitter’s brief and fleeting obsession with the Peloton ad, George and Kellyanne Conway got into it on Twitter, so the two Twitter trending moments merged into a super moment.

Your boss apparently thought so. https://t.co/yje099pkPU

George Conway is going to buy Kellyanne a Peloton.