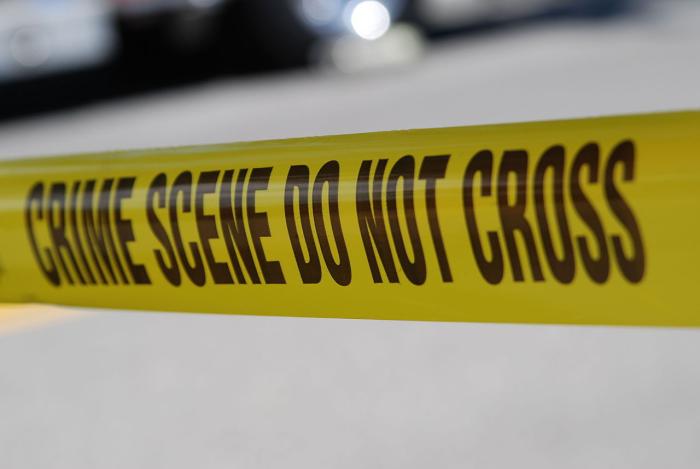 I Think I’m Done with True Crime For Now

While browsing for things to buy during my weekend of sickbed internet shopping, I found a company that made cute bath bombs. They seemed right up my alley until I saw their true crime-themed versions. You too can have a long and luxurious soak in scented bath treats shaped like bloody knives, fingerprints, crime scene tape, and the outlines of murdered bodies. You can even get cyanide bottle ones, just for that extra tang. The spectacle did a couple of things for me: it screwed up my Etsy and Instagram algorithms, but it also cemented a few feelings I’ve been having for a long time now. I think I’m done with true crime for now.

Everyone has had that moment in their lifetime where they realize that a former hobby is no longer for them. We all grow up, our tastes change, and sometimes we drop the rose-tinted glasses that previously made our more questionable fandom choices that more tolerable. It happened to me with Harry Potter long before J.K. Rowling’s turn towards transphobia, although that certainly did not help. It happens to us all and mostly it’s a painless separation from a childish love that we think back upon with fond memories. This is not such a case.

I grew up with true crime. My sister and I used to make our parents tape episodes of Forensic Files for us to watch in our bedroom every night before bed. I devoured every gory murder book I could get my hands on, from the Point Crime series to Hannibal Lecter to Ann Rule. I was that weird kid who knew too much about the Jonestown massacre, convinced that it was the peak of ‘not like other girls’ specialness. As the genre became more respectable in the mainstream cultural eye over the past decade or so, I was thrilled by the prospect of more true crime with bigger budgets and journalistic focus. After all, such narratives had changed the face of justice, like Errol Morris’ The Thin Blue Line and the Paradise Lost trilogy. I wasn’t huge on NPR’s Serial but I respected the use of a burgeoning format to tackle under-told stories.

That optimism didn’t last long, but I was still consistently drawn in by this new era of glossier true crime. I listened to a lot of podcasts, which varied in tone from giddy girlbossing to seedy in a way that made the Faces of Death series seem respectable. I watched so many series, particularly once Netflix began to invest in the format as one of its foundations of original content. It didn’t take long for the empathetic efforts of shows like The Keepers to be tossed aside in favor of meme-friendly salaciousness like Don’t F**k with Cats and, of course, Tiger King.

In hindsight, the pop culture boom of the latter feels indicative of something. Not the tipping point for true crime, per se, because if we’re being honest, we fell over the cliff a long time ago. The genre’s biases and harmful tics had been dissected for years by many writers, especially in regards to how true crime perpetuates Missing White Girl Syndrome and ignores the harm faced by marginalized communities such as trans women and sex workers. Yet the inescapable visibility of 21st century true crime, its pollution of every platform and curious democratization certainly feel more potent than the problems of years past. Amateur sleuths are a familiar phenomenon but the speed and openness with which total strangers have turned their new hobby into a hunt for content leaves a new, sour taste in one’s mouth. For every Serial, there are ten Reddit threads full of people baselessly speculating on a stranger’s death, giddily pulling ‘evidence’ from nowhere to find a sponsorship-friendly climax. For every The Keepers, there’s a seedy gore-fest that Netflix is eager to mine for memes.

The entire concept of what constitutes true crime has changed as online creators have latched onto the genre’s popularity, and you don’t have to actively consume it to feel how it’s changed things. Shifts that once pushed against taboo now court it, confirming its worst assumptions. We know women love true crime and find comfort in taking on our worst fears about a patriarchal society but at what point does ‘stay sexy, don’t get murdered’ merch become a sugar-coating of reality? When one of the biggest media platforms on the planet encourages its audience to celebrate an animal killer who put a hit out on a woman, then position said victim as some sort of evil kook, when do we call time?

I remember YouTube’s parodically evil algorithm recommending me far too many ‘body language expert’ reaction videos of Carole Baskin, all of which seemed keen to write her off as a true sociopath. The same thing happened with lawyers (or a bunch of people in suits claiming to have law degrees) offering their own advice on the crimes of the day. TikTok, of course, joined in. This was all familiar stuff when Amber Heard was put on trial for defaming her ex-husband who she accused of domestic abuse. Soon, it was truly impossible to avoid the splurge of ‘true crime’ smearing Heard in the name of justice and journalism. Suddenly, everyone was a body language expert, a psychiatrist, a cop, a lawyer, a domestic abuse expert. Everyone felt entitled to turn this circus of pain and the degradation of one woman in their own personal #content farm. And that didn’t even include the so-called legitimate media platforms like Discovery+ hoping to recreate the ‘magic’ of the O.J. Simpson trial with wall-to-wall coverage. The snake continues to eat its own tale.

True crime is a game to too many of its fans, its creators, and its distributors. Maybe it was always like that and my own blinding privilege didn’t see past my own morbidity for too long. Still, something in the air has changed lately and I can’t deal with it anymore (although, as someone who writes about pop culture for a living, I can’t promise that I am professionally done with the genre for obvious reasons.) I have already seen fans of Heard’s ex-husband lamenting how sad it is that their favorite show is over and how they’re gearing up for Marilyn Manson’s legal fight against his ex, Evan Rachel Wood. The YouTube sleuths who picked apart Heard are now picking their next victim, throwing stones at other women who have accused their famous exes of abuse. Beyond that, the horizon isn’t much clearer.

There’s a moment in the truly repugnant Don’t F**k with Cats where one woman turns to the camera and lambasts us, the viewer, for being so interested in the horrors of true crime that it could fuel the narcissism of a murderer like Luka Magnotta. It’s intended to be this dramatic moment of self-reflection, a condemnation of a wider societal sickness. The equally awful What Happened, Brittany Murphy? also tried this hackneyed Haneke-esque nonsense. Both series tried this gambit after several collective hours of showing gruesome footage of real crimes (the former of which included animal violence) and artfully shot recreations of things like a lung sample floating in water. They wanted to have their cake and eat it too. Why am I watching this, they ask? Good f**king question because I don’t even know anymore. Because the world told me it was OK?

← Reddit Asks the Question: 'What's a Movie Trope You Are Sick and Tired Of?' | Netflix Is Determined to Stay Relevant #GeekedWeek →