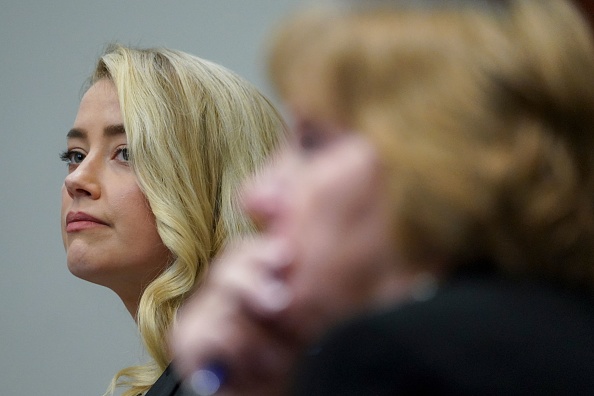 What Exactly Did Amber Heard Do Wrong?

We are in the second month now of the Depp vs. Heard trial, following a lengthy defamation trial in the UK in 2020 that Johnny Depp lost after a court there found that Amber Heard’s allegations of abuse against Johnny Depp were “substantially true.” Given how much press has been devoted to both trials, the SNL skits, the TikTok mockery of Heard, Johnny Depp’s PR campaign against her, the bullying of Heard supporters by Depp supporters, and the articles — by even The New York Times — investigating the way Heard and Depp dress, it’s very likely that the impetus for this trial has been completely lost amid the sensationalism and fanfare.

I don’t think most people understand anymore why Johnny Depp is suing Amber Heard in the first place. I don’t think some people even understand that this is not a criminal trial and that no one is going to jail. However, I think it’s important to remember why Depp is suing Heard because the lawsuit itself fits into the very pattern of abuse that Johnny Depp is being accused of.

In 2018, Amber Heard wrote an op-ed in The Washington Post. You should read it. It’s not very long (fewer than 800 words). Nowhere in the piece does she actually mention Johnny Depp’s name. Most of the article is about the state of women’s rights in the United States in 2018, how #MeToo has given women more power to speak up, and about how the Trump administration at the time was trying to erode that power. She speaks as a survivor of abuse, but she doesn’t actually cite any instances in which Depp abused her. She does, however, speak about how the industry treated her after her divorce, and about the importance of supporting other survivors so that they feel safe to speak out against their abusers.

I write this as a woman who had to change my phone number weekly because I was getting death threats. For months, I rarely left my apartment, and when I did, I was pursued by camera drones and photographers on foot, on motorcycles and in cars. Tabloid outlets that posted pictures of me spun them in a negative light. I felt as though I was on trial in the court of public opinion — and my life and livelihood depended on myriad judgments far beyond my control.

I want to ensure that women who come forward to talk about violence receive more support. We are electing representatives who know how deeply we care about these issues. We can work together to demand changes to laws and rules and social norms — and to right the imbalances that have shaped our lives.

Again, Depp is never mentioned in the piece. Again, the only examples of abuse she cites were of a systemic nature — “how institutions protect men accused of abuse.”

But Johnny Depp saw this article — an article that did not mention him and that only sought to express support for other survivors of abuse — and he decided to sue Heard for $50 million for defamation. Please read that op-ed again and tell me where Amber Heard defamed Johnny Depp. But Johnny Depp didn’t just sue Amber Heard, he forced a trial in a Virginia court (where neither Heard nor Depp lives) to not only take advantage of provisions in defamation law in that state that support abusers but because the courts there would be more likely to stream the proceedings for the entire world to see.

Johnny Depp sought to make this trial as public as possible so that he could marshall the full force of his PR team, his obliviously loyal fanbase, and a court of public opinion that favors powerful men like Depp so that he could re-abuse Heard all over again. This is not about $50 million (Amber Heard doesn’t even have $50 million). Johnny Depp is using the court system as a form of abuse itself. He is using this trial to humiliate Amber Heard, to further turn public opinion against her, and rally his massive fanbase against her. “Let’s burn Amber!!! Let’s drown her before we burn her!!!” Depp once told Paul Bettany in a 2013 text. “I will f**k her burnt corpse afterwards to make sure she’s dead.” Nine years later, that’s exactly what Depp is using the American court system to do.

Amber Heard spoke up, and like millions of men before him, Johnny Depp sought to punish her for it.