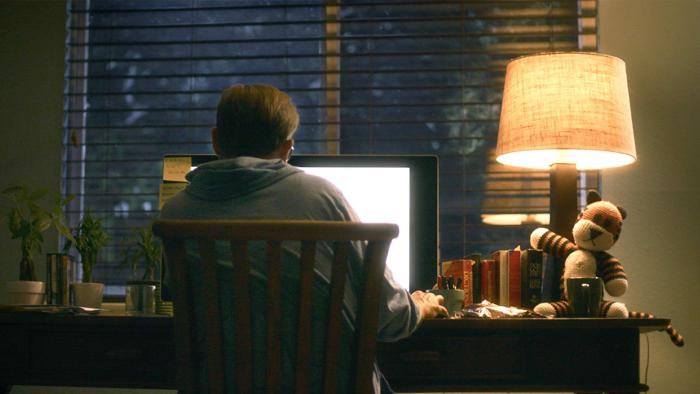 Stream It Or Nah: Netflix's 'Don't F**k with Cats: Hunting an Internet Killer '

Over the past few years, Netflix has offered true crime fans a wealth of thought-provoking documentaries that have tackled infamous cases, unsolved mysteries, and miscarriages of justice. Their latest promises to explore the growing phenomenon of amateur internet-sleuths who sought to catch a cat-killer before he murdered again. However, the limited series Don’t F**k with Cats: Hunting an Internet Killer offers a brutal bait and switch. It lures audiences in with the tale of some scrappy underdogs dedicated to bringing a criminal to justice, then it falls into a sickeningly sycophantic exploration of a merciless murderer.

Spoilers below for Don’t F**k with Cats: Hunting an Internet Killer.

Written and directed by Mark Lewis, Don’t F**k with Cats: Hunting an Internet Killer unfolds the stomach-churning story of Luka Magnotta, a convicted killer whose brazen behavior and international manhunt drew the attention of news outlets across the globe in 2012.

Magnotta’s crimes are so ghastly that even this documentary about him won’t get into all the details. Honestly, I do not recommend googling them. I did. I regret it. Here’s the essentials: the 29-year-old model lured Chinese college student Lin Jun to his apartment with the promise of sex. There, he drugged Jun, stripped him naked, tied him to a bed, and then murdered him with an icepick. Magnotta recorded the murder (and the more heinous acts that followed) and posted it online under the title “1 Lunatic 1 Ice Pick.”

Yet Magnotta’s name is absent from the limited series’s trailer, and won’t be mentioned until half-way through its first of three one-hour episodes.

The doc series begins with Deanna Thompson, a casino employee who enjoyed the anonymity of the internet under the screenname Baudi Moovan (a reference to a Beastie Boys song she smirkingly refuses to sing on camera). Plucky, self-deprecating, and charming, she’s a solid storyteller, and Lewis will lean on her heavily to narrate the twisted events to come. But things start simply, with Deanna recounting her online hobbies, then the awful day she discovered the video, “1 boy 2 kittens.”

Warning: what follows is a description of animal abuse. The video shows a young man putting two live kittens in a vacuum-sealable bag, and then turning the vacuum on until they suffocate. Outraged, Thompson teamed up with other animal lovers and amateur sleuths online to track down the kitten killer. The Facebook group called “Find the Kitten Vacuumer…For great justice” crowdsourced crime-solving. They compared a screenshot of the vacuumer’s face to online profile pics. They scoured the video for clues to his location. The goal was to identify him, then call the local authorities wherever he might be. But things soon went off the rails.

So does the doc.

As Don’t F**k with Cats digs into the internet investigation, things go from interesting to unsettling. Thompson and her Facebook friend/crime-solving colleague John Green detail how they essentially online stalked their suspect to convince themselves of his guilt, and track down his current location. They turn out to be right. But the series tries to rush past all the group’s guesses that were wrong. Like the Boston marathon bombing, there was a well-intentioned but reckless rush from an outraged public to ID the perpetrator. In this case, pointing the finger may have contributed to a suicide. And we’re still talking episode one.

Once things turn to Magnotta, Don’t F**k with Cats runs from the consequences of such slapdash detective work, turning to the chase. Breathlessly, for much of the next two and a half hours, Thompson and Green will detail the clues and cleverness of Magnotta, whose crimes and internet trolling turned out to be allusions to movies, including Catch Me If You Can, Casablanca, American Psycho, and Basic Instinct. The facts of the case are as fascinating as they are disturbing. However, how they are laid out feels grossly fawning. Lewis drops close-ups of a keychain, a poster, and a pair of crossed knees as clues, as if he wants to tease his viewers just as Magnotta teased his audience of internet sleuths.

Repeatedly, lawyers, psychiatrists, cops, and the sleuths state that Luka is a narcissist that craved attention so deeply he didn’t care how he achieved it. So while watching, you might wonder: Is the very existence of this doc playing into this convicted killer’s hands?

Much like watching Netflix’s Conversations with a Killer: The Ted Bundy Tapes, I felt this doc series was falling into admiring the wickedness of its killer. Both also give little attention to the victims, in this case a gay Chinese immigrant who was striving to make a life of his own in a nation where he’d more likely find acceptance. Lin Jun’s story is heartbreakingly tragic, and is chiefly told through his best friend Benjamin Xu, who is also a victim. In what is probably the series’ most harrowing moment, Xu recounts how in his search for his missing friend, he turned to web. There, he found the vile video, and recognized Jun from a shot where his face is visible and his throat is being slit.

Does Don’t F**k with Cats show the videos of Magnotta’s murder of Jun and the numerous animal abuse incidents? Yes and no. Portions will be shown, revealing the moments before or the assaulting elbow in action. None of the graphic violence or gore is aired. Shown are dead kittens and a dead puppy, as well as some excerpts of abuse, like a kitten being placed before a python, and a cat in a cage being sprayed with lighter fluid. Mostly, Lewis asks his interview subjects to recall what they saw in the tapes. Several break down and can’t continue.

If you’re wondering at this point in the review why I kept watching, it was because of Manny. I repeatedly reached for the remote, because I felt betrayed by the doc’s intriguing setup, tempting trailer, and curious title. However, in Lewis’s interviews with Luka Magnotta’s mother, she speaks passionately about the man who’s really to blame for her son’s recorded crimes. I wanted to know if there was more to this story. Was Magnotta a victim too? The answer is infuriating not only because it’s another manipulation where Lewis mimics Magnotta, but also because it’s another way the doc seems in awe of him. Then it gets worse.

Spoilers for the end of Don’t F**k with Cats, sort of.

With Magnotta behind bars, Thompson and Green are left to find some sort of lesson in all this horror. In a moment of frank self-reflection, Thompson wonders if the attention she and her fellow Facebookers gave him fed his desire for more. “Did we feed the monster or did we create it?” she asks. Then, in one final act of horrid theater, Thompson turns to the camera to directly address her audience and shift the blame to us.

And you. You at home watching a whole f*cking documentary about Luca Magnotta, are you complicit?

Lewis’ series could have scratched at the media and the public’s thirst for gruesome true crime stories. It could have explored where the line is between need-to-know and ghoulish voyeurism. Then, it could have challenged its audience to question their own complicity in a thoughtful way. But the framing of Don’t F**k with Cats: Hunting an Internet Killer doesn’t allow for any of that because of its bait and switch. Audiences who tuned in because of the title or trailer had no reason to think this would be the horrendous tale of Luka Magnotta manipulation, mutilations, and murders. We didn’t tune in expecting 3-hours of a documentarian’s grudging respect for a lethal sadist. So, this conclusion—beyond being cheap and infuriating—is intellectually dishonest.

← 'Christianity Today' Says Trump Should Be Removed from Office, Will It Matter to Evangelicals? | Why Does Kim Kardashian Do This to Christmas? →