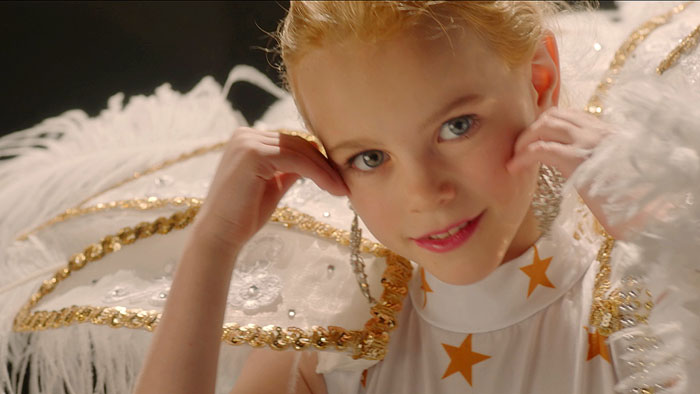 If you can’t get enough of true crime, Netflix has got you covered, offering disturbing deep dives on wrongful convictions, twisted stories of conspiracy and cover-up, and mind-bending explorations of heinous murders. Here’s the best of true crime titles found on the streaming platform right now.

13th (Watch here.) As theatrical follow-up to her heralded Selma, director Ava DuVernay has gathered historians, politicians, authors, and advocates to trace America’s current epidemic of mass incarceration and institutional prejudice within the judicial system back to the days following the Civil War. A complicated history is broken down with care, and will leave you informed and furious.

Abducted in Plain Sight (Watch here.) How can a monster hide in plain sight? In this shocking documentary from director Skye Borgman, Jan Broberg and her family share their secrets, stories, and the hard-won truths of how they let a child molester into their home and their daughter’s bed.

Amanda Knox (Watch here.) In 2007, British exchange student Meredith Kercher was gruesomely murdered in Umbria, Italy. Her American roommate Amanda Knox would be wrongfully convicted of the crime, forced to spend years fighting for justice and exoneration. In this shocking doc, Knox’s side of the story is definitively laid down, and its true villains laid bare. Most damning are the interviews with the Italian police and tabloid journalists who made Knox notorious.

Blackfish (Watch here.) Sea World’s killer whale Tilikum has repeatedly attacked his handlers and even killed three. But his crimes are not the focus of this disturbing documentary. Instead, Sea World’s animal cruelty and captivity of Tilikum and his kind comes under fire, suggesting they put the killer in this whale.

Casting JonBenet (Watch here.) Killed over Christmas in 1996, six-year-old beauty pageant darling JonBenét Ramsey posthumously became a media sensation, and her death the source of nationwide speculation. 20 years later, director Kitty Green goes beyond rehashing the case. Instead of experts or witnesses, she interviews aspiring actors auditioning for the roles of its key players. Through this, she explores not only this unsettling unsolved murder case, but also how the speculation of it became an All-American pastime.

The Confession Tapes (Watch here.) Years of watching procedural shows and Investigation Discovery may have you thinking a confession to murder is iron-clad evidence of guilt. Well, documentarian Kelly Loudenberg complicates this assumption with this series, in which each episode re-evaluates a case made on a false confession. They’re all worth watching, but the best of the batch is Season 2, Episode 3, “Down Deep,” which dives into the incredible case of the alleged Kayak Killer.

The Devil Next Door (Watch here.) This five-part documentary series investigates the case of John Demjanjuk, a Cleveland resident accused of being a Nazi war criminal known as Ivan The Terrible. 40 years after the atrocities of World War II, Demjanjuk was put a trial, where holocaust survivors lined up to share their accounts of the horrid crimes of Ivan the Terrible. Could this court case at long last bring them justice?

Exhibit A (Watch here.) Also directed by Kelly Loudenberg, this is a solid sister series to The Confession Tapes. Where one calls into question police methodology that leads to false confessions, Exhibit A investigates how supposedly concrete forensic evidence (video footage, blood spatter, cadaver dogs, and DNA) can lead to false positives and thereby wrongful convictions. It’s a must-see for savvy true-crime fans.

Evil Genius: The True Story of America’s Most Diabolical Bank Heist (Watch here.) In 2003, a smalltown pizza delivery guy named Brian Wells robbed a bank with a bomb strapped to his neck. When the police surrounded him, he claimed he was a victim of abduction, forced to carry out the crime to secure freedom from the explosive bound to his body. Then, as the police and news cameras looked on, the bomb went off, killing him where he stood. This 4-part documentary delves into how Wells came to such a gruesome end, and the alleged evil genius responsible.

The Innocent Man (Watch here.) Based on John Grisham’s true-crime book The Innocent Man: Murder and Injustice in a Small Town, this 6-part documentary series explores two murder cases in Ada, Oklahoma, between 1982 and 1984. In each case, suspects were brought in and confessed. But was there more to these investigations than met the eye? Creators Ross M. Dinerstein and Clay Tweel not only question the police’s methods, but also give voice the heartbroken family members left behind to pick of the pieces of lives cut cruelly short.

The Keepers (Watch here.) This seven-part series sets out to solve the mystery of who murdered Sister Catherine Cesnik in 1969 Baltimore. The nun who taught in a Catholic school was never forgotten by her adoring students. Decades later, they turn amateur detectives and uncover a sprawling conspiracy of sexual abuse, intimidation, and cover-ups within the Catholic Church.

Making a Murderer (Watch here.) Dustin has called it “the most addictive, infuriating, engrossing and maddening true crime story since the first season of Serial.” Over the course of ten years, documentarians Moira Demos and Laura Ricciardi followed the complex story of Steven Avery who, after being exonerated of a wrongful conviction of sexual assault, came under suspicion of the brutal murder. Over ten episodes, this controversial mini-series explores the case, its suspects, investigators and prosecutor, all while questioning the state of American justice.

Voyeur (Watch here.) In the 1980s, motel-owner Gerald Foos wrote to envelope-pushing journalist Gay Talese to share with him his astonishing story. A deeply dedicated Peeping Tom, Foos bought and renovated a motel to make the perfect perch for spying on his guests in their most intimate moments. Decades later, Foos and Talese shares his seedy exploits with the wider world. But with notoriety comes pressures and problems this self-proclaimed “voyeur” never anticipated.

← The Case For 'The Man From U.N.C.L.E.' as One of the Best Action Films of the 2010s | Spoilers: Is the Ending of 'American Son' Starring Kerry Washington Based on a True Story? →