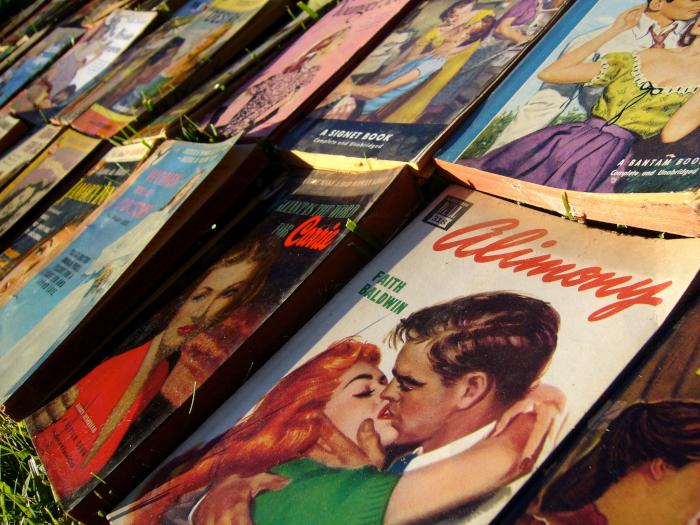 I’ve been thinking a lot about Netflix’s Bridgerton, a show that I love that, nonetheless, has some glaring issues. The one scene that has elicited the most fervent responses involves the central romantic pair, Daphne and Simon, and a moment wherein a sexual encounter enters, to put it mildly, a moment of dubious consent. Roxana dissected this issue in her wonderful piece, and I don’t want to cover similar territory. What the conversations surrounding this scene did for me was offer a reminder of something that the romance genre has grappled with for decades, and something that literally centuries of culture has established as a narrative and sexual norm. I’ve seen people wonder how the Bridgerton moment could slip through the showrunners’ creative process without much thought (although it must be noted, it has been changed from how it’s portrayed in the book, Julia Quinn’s The Duke and I, which is much more problematic, in my opinion.) There are obviously issues of rape culture, gender, and sexuality at play here, but I also believe that the genre’s deep-seated roots in this particular problem should be further examined. That leads me to possibly the most divisive and contentious trope in romance fiction: the forced seduction.

The concept of the so-called ‘forced seduction’ is essentially as old as literature itself. Greek mythology features multiple stories wherein the gods (usually Zeus) raped unwitting mortal women. Restoration fiction used the concept frequently, most notably in the infamous Samuel Richardson novel Clarissa, wherein the libertine Lovelace kidnaps and rapes the eponymous heroine. In Rape and Sexual Power in Early America, Sharon Block describes how novels like Clarissa ‘often highlighted eighteenth-century tensions between personal love and parental control; the dangers of women’s freedom and the need for their education; and, especially in the American context, tensions about the formation of a new body politic.’ Essentially, a woman’s body is a metaphorical battleground, and it has remained so through centuries of culture, for better or worse. Reducing feminine autonomy to a literary abstract has sadly never gone out of fashion.

Whether it’s intended to be ‘comedic’ — the kidnappings in Seven Brides for Seven Brothers — or sexy — The Sheik, both on-page and on-screen, which were explicitly sold as romantic — this is something that has defined culture for longer than we care to admit. Hollywood and the major publishing houses merely followed suit. For a long time, these stories were also extremely profitable. In many ways, it helped to create the romance genre as we know it.

The origins of the modern romance genre as we know it can be found in these rape-and-forgive romances. 1972’s The Flame and the Flower by Kathleen E. Woodiwiss, is widely considered the first of its kind, the so-called bodice ripper that paved the way for all that followed. That novel’s heroine is raped and impregnated by the man who becomes her happy-ever-after. The Flame and The Flower was considered hugely radical in its time because, as Kelly Faircloth of Jezebel notes, its unabashedly explicit portrayal of sex, seduction, and sensuality was unexpected, and readers flocked to it. Earlier romance novels tended to be much more chaste, and the sexual revolution had not quite made its mark. This is a context where feminine desire and the freedom to explore it is still taboo and facing immense societal backlash from the likes of Phyllis Schlafly. Novels like Woodiwiss’s offered this strange bind: they were a much-needed reminder that, yes, women experience pleasure and deserve to do so, but that to simply go out and do so isn’t the done thing. Instead, these heroines, and by extension the reader, make a trade: autonomy for sensuality. You’ll get to feel good, but you can’t entirely admit that yet. Your body feels it before your mind does.

And make no mistake: the rape itself is entirely eroticized in such stories. These were usually stories of full-on alpha men (often exoticized as ‘wild’ or ‘primal’ due to their upbringing in very racist ways — think lots of Vikings and Indigenous Americans) who put the women in their place and physically overpower them in every conceivable manner. Heroines are kidnapped or saved from rape by the ‘hero’ who forces himself on her. She is confused and potentially ashamed of the pleasure she feels but nonetheless she feels it. It’s depicted as the gateway to further (consensual) pleasure, something she has to be coaxed into because society won’t let it happen any other way.

These stories use rape/’forced seduction’ in a specific narrative way. It’s an extension of the alpha hero trope and his damsel heroine. The woman may fight back if she’s ‘feisty’ but his strength, both physical and psychological, is undeniable in the context of the narrative. He is ‘wild’ and primal, almost to the point of regression, but ultimately the love of a good woman tames him. Perhaps some backstory is given to explain his a**hole behavior, a tortured childhood or trauma in some unnamed war. The slate is wiped clean by the climax to ensure a happy-ever-after full of shirt-ripping, house-shaking, and wholly consensual sex. There are various plots that use ‘forced seduction’ in this manner, from cases of mistaken identity to the heroine being literally bought by the hero to the hero being convinced he’s procured the services of a particularly hesitant sex worker (there are also a lot of ‘fiery g*psy’ confusion narratives out there, which adds a dose of racism to this trope.) The endgame seldom changes, even as the window dressing does.

Domination fantasies are very common in romance and remain so, albeit not so much of the ‘forced seduction’ formula in 2020. The most basic of these stories, especially in early romance, rely on binary notions of gender, where ‘men are men’. Angela R. Toscano claimed that rape in romance ‘serves to dramatize the encounter, the recognition, the naming, and understanding of the Other into a pivotal scene within the narrative.’ The idea of rape as a dramatic device to literalize the more abstract fears surrounding love and sex is not uncommon. There is certainly an appealing fantasy for many readers to be found in the notion of a man who is so overwhelmingly obsessed with his true love that he cannot help himself, even as that echoes the dangerous societal defense of rapists as an example of ‘boys will be boys.’ For every fantasy a rape domination narrative offers to intrigued readers, there is a real-life parallel that illuminates a much harsher fact of life and rape culture.

Nowadays, you can still find books that offer such narratives, but they’re more likely to be explicitly marketed as kink. Rape fantasies are a thing and fiction is as good a place as any to safely explore that concept. A recent example is Asking For It by Lilah Pace, wherein the heroine looks for a man willing to help her explore her fantasies of rape and removed consent, all in a safe and controlled environment. Still, it remains dishearteningly common to see romantic stories depicted with this curiously dubious aspect at play that don’t seem aware of any inherent problems. Twilight and its fanfic counterpart Fifty Shades of Grey are the most obvious examples of stories that eroticized untethered bad behavior and questionable issues of consent and power for mainstream audiences. There are BDSM stories that explore rape play, but the Fifty Shades series instead conflated the two.

Romance has made incredible leaps and bounds over the past decade, and the expansion of online discourse centered on the genre has helped to further illuminate and dissect the full spectrum of ideas, themes, and taboos on offer. We’re having the conversations about consent, power, desire, and so on that would have seemed downright impossible during Woodiwiss’s time, and that makes the discourse surrounding such tropes more helpful than ever.

I do not wish to directly compare what happens in Bridgerton to the rape-romance trope. They’re clearly two very different things and it would be downright false to draw those lines. Rather, what I wish to do is provide proper framework, both cultural and historical, to explain how this moment was not born in a vacuum, especially in the world of romance. It took many centuries to get to this point in time, and if we’re being wholly honest with ourselves, it will take many years more to rid ourselves of the most pernicious forces of rape culture. There is no such thing as ‘forced seduction’ in real life. There is only rape. No means no.

Romance novels have always operated as a fascinating and necessary tool for women to have these kinds of conversations, often outside of the mainstream norm. They mirror the evolving approaches towards and understandings of feminism, but they also reveal how subjective these creative approaches to such topics are. We must give readers credit for being able to separate fantasy from reality, otherwise we’re no better than the pearl-clutching censors who insist that women don’t know how to look after themselves, but we must also be aware of the wider context within which stories like this happen.

← Review: Vanessa Kirby Scorches In 'Pieces of A Woman' With Shia LaBeouf | The Best Comfort Movies of 2020 →