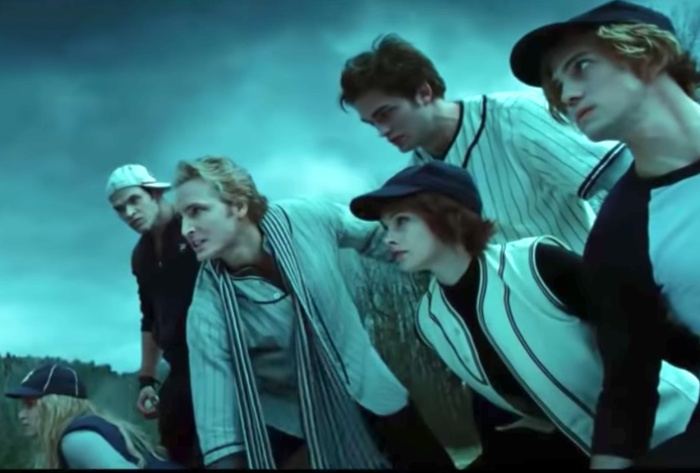 Do Migraines Mean I’m Turning Into a Vampire?!

There’s no beating around the bush, here—I might be turning into a vampire. I know, I know, this was pretty much inevitable. One can only talk about Twilight so much until they start calling, ya know?

Sadly, the signs are all there. Well, by that I mean, I can’t be out in direct sunlight because it hurts my eyes, a lot (you don’t understand how much they hurt. It’s like they’re burning, even with sunglasses on) and increases a pounding headache that feels like an ax is embedded into the side of it, and constantly chop, chop, chopping away. It reminds me of this scene in The Two Towers, tbh, because that’s how it feels; Gimili yelling about his ax as he drives it further and further in:

Anyway, you’re probably saying to yourself right now “Kate, sure you have a sensitivity to daylight, but are you craving blood?!”

To that I say: “Friend, if I were, would I admit it publicly?! Lol. No. Don’t be so naive! Also, everyone knows that humans turning into vampires follows The Lost Boys doctrine, duh.” First comes sensitivity to daylight, then comes everything else. I shudder to think what that means, for me, specifically. Although I do like my steaks medium-rare (emphasis on rare) already, so maybe it won’t be too much of a leap, once I go full-vampire?

Now, look—yes, I do know that migraines are a common thing a lot of people suffer from, because what I am having right now is most definitely a migraine attack if I haven’t mentioned that already. But riddle me this, smarty-pants—I just started developing these, out of the blue, in the last 6 months. Now, during this time, I didn’t get bit (as far as I know) by a human, or a non-human creature who transformed themselves into a bat, but I spend a lot of time asleep, so who knows what happens then? Nighttime is their time, right?!

Also, have we considered the fact that maybe vampires also follow The Twilight doctrine, and like, are living and operating among us, right now (and have been, for a long time?!)—and that I’m about to join their ranks because “migraine” sufferers are actually vampires?! Have you considered that?! The symptoms line up with what we know about vampires, friends. I’m just saying… (and if my hypothesis is correct and I do become one of the un-dead, do not expect this post to stay up. Embrace this knowledge now because once I become one them, fully, I will work to cover up the truth, too. That’s just vampire-code…and science. Duh.)

Look, there’s a lot going on right now, so I feel like the migraines-are-a-sign-you’re-turning-into-a-vampire discourse is getting lost in the shuffle. I feel it is my duty, while I’m still human, to bring this to the forefront. Also, I hope that there is a cure because while I like vampires a lot, I don’t really want to become one. Immortality sounds boring, tbh—and would deny me of my wish to become a ghost once I shuffle off this mortal coil. I have a lot of plans for being a ghost, and I really don’t want to be denied that.

So, let us hope that I only become half-vampire, half-human, as another tenet of The Twilight doctrine taught us is possible….

…but not preferable, even if it means becoming like Renesmee, since one day she will rule us all.

Until then, friends, I will sit alone in the dark, away from direct sunlight, waiting for something, anything, to happen.

← Paola Lázaro Makes Her Debut as Juanita 'Princess' Sanchez on 'The Walking Dead' | Did Netflix Bone Us All by Taking 'Friends' Off Streaming? →