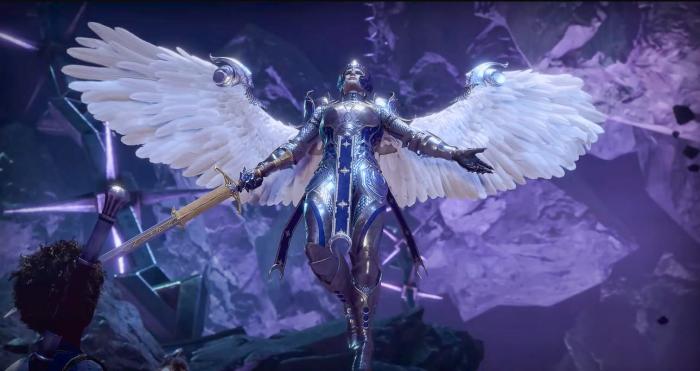 Blizzard’s Diablo IV and Larian Studios’ Baldur’s Gate 3 have each had a rocky development path since they were announced. Diablo IV, first announced at BlizzCon 2019, has come at a time when its parent company has faced numerous accusations of a hostile work environment, poor pay, serious mismanagement by project leads, and accusations of “crunch” time already being implemented to accelerate the development process under the leadership of Blizzard CEO Bobby Kotick. Diablo IV’s director, Luis Barriga, was fired in August 2021 during along with several other senior developers after the “Cosby Suite” report illustrated some of the gross, frat-boy behavior of senior developers. Those accusations weren’t helped by Blizzard co-lead Jen ONeal’s resignation in late 2021 after the company refused to pay her the same as her fellow co-lead, Mike Ybarra. Still, gamers were excited yesterday when Blizzard announced at The Game Awards that Diablo IV is scheduled for a June 6, 2023 release.

Sadly, the news was tainted by yet another report from the Washington Post, released hours before The Game Awards, that detailed the difficulties already faced by the Diablo IV, as well as concerns about whether the company can make the release date. It’s a lot, and indicative that Blizzard’s recent purchase by Microsoft did little to change the toxic work culture found at Blizzard. The ARPG is looking slick as hell despite the issues discussed, and while the gameplay is similar to preview entries in the series, IV reportedly has a greater focus on story and a more open world than Diablo III. There are 5 announced classes for players to choose: Barbarian, Sorceress, Druid, Rogue, and Necromancer. All of these were featured in previous games, but their skill trees have been entirely recreated. Sanctuary’s combat looks as crazy as ever, with lighting effects and blood geysers triggered by nearly every kill.

Also announced at The Game Awards was an approximate release date of August 2023 for Baldur’s Gate 3 from Larian Studios. The game developer hasn’t faced toxic workplace accusations like Blizzard, but development has been slow going. BG3 was first announced in 2019 and reached Steam Early Access in 2020. The extremely rough build has seen numerous updates since, but is still far from complete. Updates from Larian have been sparse, but delivered a new trailer to The Game Awards along with the release date announcement.

BG3 is a classic turn-based RPG with a heavy focus on strategy as you guide your party through the wilds and cities of D&D’s Forgotten Realms campaign setting. Like the Divinity games, the focus is on emulating a tabletop gaming experience as much as possible. Terrain, topology, and even dialogue choices can alter encounters entirely and allow players to sidestep challenging battles as they prepare to take on the Mind Flayers, BG3’s octopoid antagonists. The game begins with your player having been captured by these malovelent entities, and one of their larva is implanted in your brain. This enhances some of your abilities but is a balancing act; let the infection go on too long and you’ll become a Mind Flayer yourself. Depending on how you feel about calamari, this may be a fate worse than death. You can see them in their tentacular glory during the opening cinematic trailer released back in 2020.

With 10 classes already announced, there’s a huge variety in gameplay styles available for players to pick from. I’m mostly a console player, and there’s no word yet on when or if BG3 will drop on Playstation 5. PS4 is out entirely; developers have already stated the hardware can’t handle it. I’m very excited for both releases even though I feel unclean for being so interested in Diablo IV, given Blizzard’s troubled corporate culture. Is it better to boycott the game for the company’s misdeeds, or to support the developers working so hard to deliver a quality gaming experience? I wish I knew. Either way, summer 2023 looks like a busy time for RPG fans on console and PC alike.