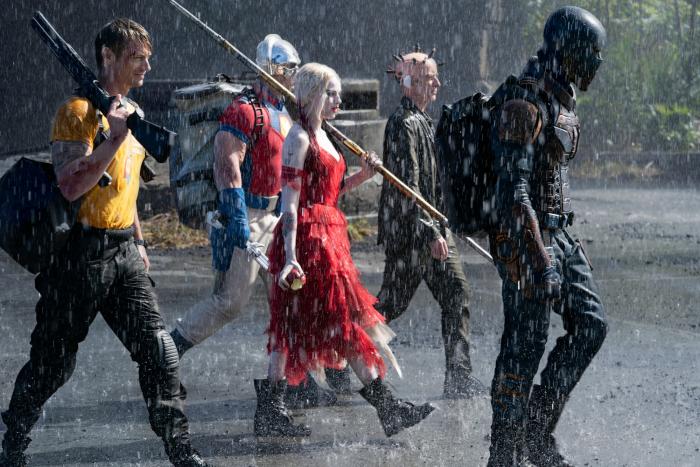 Over the last few weeks, something related to a DC property has been irking me. Like so many irksome things about DC Comics, it involves Frank Miller.

As someone who learned to read through European comics, especially those from the French-Belgian industry, it saddens me to see the insularity this scene has in the global comic book world. I’m sorry. That’s of course very wrong. Any proper comic book fan is well acquainted with the European scene. This is not about gatekeeping, because I am not the only one who learned to read with these comics; so did millions of speakers of Spanish, Portuguese, French, Italian, German, or countless other languages. They are very popular in Britain, Scotland, and Ireland too.

But if there is a market where European comics are relatively obscure, it is in the United States. It’s not just about Marvel and DC’s dominance; there is a larger and richer independent scene being missed that is on par with anything coming from French-Belgian or Italian publishers. Still, only in recent years has this tradition become more available to US readers.

Back to the main point: I … enjoyed The Suicide Squad. I’ll refrain from commenting on how I, a Latin American, feel about their satire of US foreign policy. Right now, I have one and just one bone to pick, and it’s about the name of DC Comic’s prime Banana Republic: Corto Maltese. Because Corto Maltese and its namesake lead character, written and illustrated by the legendary Italian author Hugo Pratt, is probably, most likely, pretty much the greatest comic book series ever.

It first appeared in The Dark Knight Returns by Frank Miller as a throwaway homage. Ever since, it has appeared in the main DC continuity and in shows like Arrow. Because of this, I have reasons to worry that, by its sheer algorithmic weight, the tribute might end up burying the inspiration. It probably won’t, but if Miller’s intention was to tribute one of his favorite works, I’m not sure it has gained it a larger readership.

I Googled Corto Maltese (or Corto Maltés, in Spanish) using VPN servers for different countries. The majority of results are about the comic book series, sure, but results about DC continuity creep up early in the results in the US, in the UK, and even in its original Italian.

Sure, most recent articles about Corto Maltese (the location) do mention that the name is a tribute to the comic book series, but they mostly stop at that. I only managed to find one article, by Adi Tantimedh at Bleeding Cool, explaining why Corto Maltese matters.

Corto Maltese (the series) was published between 1967 and 1988 in anthology magazines, as it was the standard for the European industry. Set during the first quarter of the 20th Century, it follows Corto Maltese (the character), the ultimate rogue with a heart of gold. Corto was born in La Valetta to a Sevillian Romani woman and a British Sailor. Technically a captain, he has been a smuggler, pirate, mercenary, spy, and agent provocateur, usually finding himself in the midst of major revolution, war, or conflict of the era. Despite his best attempts to float above all, shielded in a smirk and sardonic wit, his better nature gets the best of him and he usually ends up on the right side, fighting for the weaker ones.

It has everything you would expect from any action and adventure series: Mysticism, hallucinogenic travels, occultism and lodges, a non-systematic deconstruction of colonialist and Eurocentric tropes, humanized people of color that have proper agency, a thorough immersion into cultures usually otherized …

Oh, right, and of course, shootouts, political intrigue, train chases, car chases, armored car chases, weird villains, femme fatales (that are actually characters on their own and not plot hinges), ships being blown up, long-lost treasures, and continents …

The collections are ludicrously hard to find in English. Published by Euro Comics, an imprint of IDW and The Library of American Comics, just last year they published the final title in the series. It deserves more readers. Go check it with your local independent bookseller.