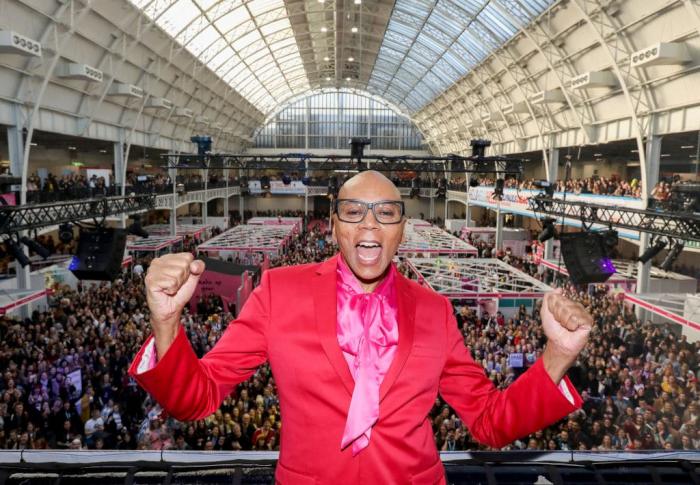 Book Review: With 'Legendary Children', Tom and Lorenzo Offer a Brief History of Queer Culture Through the Lens of 'RuPaul's Drag Race'

It’s been eleven years since Logo TV premiered a new reality show hosted by one of the great American drag icons of the 1990s. The first season of RuPaul’s Drag Race was a notoriously slapdash affair, a cheaply made eight-episode run with Vaseline-on-the-lens levels of soft lighting and the sort of can-do spirit that encouraged Judy Garland and Mickey Rooney to put on a show in the old town barn. As the years passed, the budget got bigger, the viewer numbers increased, and all of a sudden, RuPaul’s Drag Race was a mainstream phenomenon, loved by everyone, but most importantly, embraced by straight people. The show is now a vast media empire with multiple international versions to its name and a slew of Emmy Awards on its bedazzled shelves. RuPaul is more famous than ever, while many of the queens who compete can expect to become massive celebrities.

Drag Race, now in its 12th season (not including the All-Stars ones), remains an immensely watchable reality show, arguably the most self-aware example of the genre and one that offers an illuminating but somewhat limiting insight into queer culture. As it has become more popular, however, many of the original fans fear it has lost its edge and flattened those aspects that made it feel so urgent in the first place. The stakes are higher now and the audiences pickier, often rejecting the inherent bitchy camp of the format and its obscure references in favor of friendship and A-Listers. For better or worse, it is kind of RuPaul’s Best Friend Race now.

For Tom Fitzgerald and Lorenzo Marquez, the savvy pair behind one of the great fashion sites in internet history, TomandLorenzo.com, the show is so much more. It’s a window into a far greater and more enriching world, and with their new book, Legendary Children: The First Decade of RuPaul’s Drag Race and the Last Century of Queer Life, they want to introduce you to the great wide world of LGBTQ+ culture that RuPaul’s Drag Race is but a small part of. 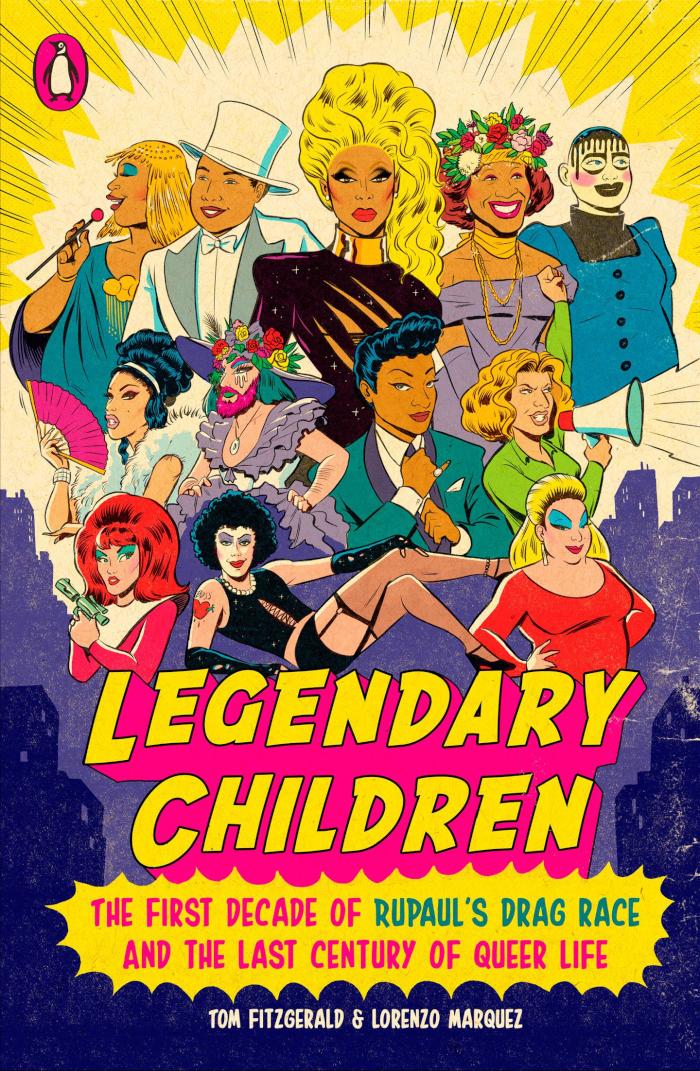 Through the lens of the show’s various elements, such as the Snatch Game and lip-syncing for your life, Tom and Lorenzo tease out the oft-ignored and maligned aspects of queer culture that history has done its best to overlook. The Pit Crew become an opportunity to delve into the world of fetishizing the male form as idealized through figures like Robert Mapplethorpe and Tom of Finland. The reading challenge puts the legendary Crystal LaBeija under the spotlight and fully contextualizes her epic read of Rachel Harlow (‘I declare her one of the uglier people of the world.’) Even the madness of the behind-the-scenes Untucked show provides the ideal foundations for the writers to examine the notion of the queer community and the importance of spaces and families, in whatever form they take, in a world that is still fighting against bigotry every single day.

Tom and Lorenzo are clearly huge fans of Drag Race. You only need to browse through their obsessively compiled and lovingly detailed recaps of the show to see that. They provide the background knowledge that many (let’s face it, straight) fans may not possess, and they respect the deeply layered roots of drag, from its esoteric influences to its political power. This is partly what makes the (all-too-short) book so gripping. RuPaul may say that drag is not a contact sport but Tom and Lorenzo get how necessary its forcefulness is in the face of systemic anti-queer rhetoric and legal reinforcements. The Stonewall Riots get their dues here, as do protests that precede it, such as the Compton’s Cafeteria riot. Crystal LaBeija’s endlessly quotable read is given its dues as a stand against the racism that permeated the early ballroom scene and remains depressingly evident in LGBTQ+ culture to this day. The cultural impact and bravery of early drag performers are applauded, reminding readers that there was a time when doing so was illegal.

It’s a remarkably ambitious feat, to show the past century of queer history through the lens of a show that’s been on the air for about a tenth of that period. There are moments where you beg for more details, especially in the ways that Tom and Lorenzo expertly jump between serious and fun, but that’s also the point. As they note in the beginning chapters, this is a book they want you to read one-handed (that’s what she said) so that you can look up those key figures and events on your phone as you go. I stopped reading on more than one occasion, whether it was to read up on the life of Stormé DeLarverie or revisit the epic lip-sync extravaganza of the goddess that was Tandi Iman Dupree. Tom and Lorenzo did their homework but that’s no excuse for you to skip out on your own.

Most importantly, while Tom and Lorenzo love and respect the show as well as its Queen-in-Chief, they aren’t here to gloss over the rougher edges or more problematic elements. RuPaul’s own history of transphobia is well-documented and the book often feels like a counterpoint to his smudged-up attitude to the craft he’s dedicated his life to. Drag is a crucial part of LGBTQ+ culture and it would not exist without the work and ideas of queer, trans, and genderqueer trailblazers. Drag Race has blazed its own trails, and the authors are eager to give it and its host their dues, but that doesn’t mean it can’t do better. Frankly, when you’ve become the number one pop culture representative for an entire community and its decades of history, you shouldn’t get an easy ride.

This all makes the book sound much drier than it is, and I can assure you that Legendary Children is still a joyous read, one Queer culture may be serious business but it can’t be flattened into something dull or unpalatable, but when it’s populated with so many incredible figures, from Lipsynka to Divine to the Sisters of Perpetual Indulgence. Our history has thrived in large part because it refused to make itself small or ‘acceptable’ to the bigoted masses. These battles were fought kicking and screaming and clawing, full of drop-dead gorgeous looks and activism that spoke for those used to hiding in the shadows. It’s a battle that is sadly not over, and knowing about the pioneers of ages past feels more crucial than ever in the Trump age. Tom and Lorenzo want to provide you with the tools to know the past so that the future seems less intimidating than its overwhelming bleakness would suggest.

RuPaul’s Drag Race is not the lens through which all of queer culture should be viewed, and Legendary Children notes that. No one person or group gets to be the ‘perfect model’ of how millions of people should live. Instead, it is more beneficial for such institutions of entertainment to be viewed as the starting point to a greater discussion of a wider world that needs and deserves our understanding. To quote RuPaul himself, you better work.

Legendary Children: The First Decade of RuPaul’s Drag Race and the Last Century of Queer Life is available to buy now.