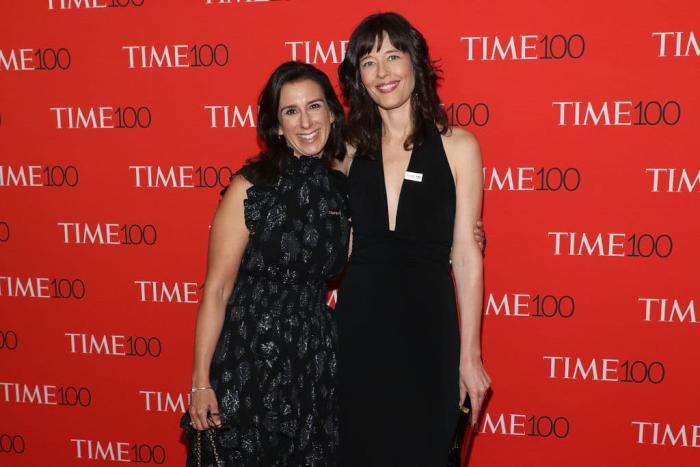 It’s been almost two years since investigative journalists Jodi Kantor and Megan Twohey published their story in The New York Times alleging the decades of harassment and ensuing cover-ups of major Hollywood producer Harvey Weinstein. For many people, this story was a long time coming, with Weinstein, nicknamed ‘the big bad wolf’ in various quarters, having been the subject of gossip and open secrets for over three decades. The man who had helped to define the independent film industry and the very concept of the Oscar campaign in the ’90s had been the subject of many a story over the years, and most of us who had heard the various rumors had wearily assumed he’d never see justice. Yet Kantor and Twohey’s work, followed by Ronan Farrow’s contributions to the story in The New Yorker, not only incited the downfall of the bull of Hollywood but kickstarted an entire worldwide movement. The #MeToo and #TimesUp initiatives made public the kinds of conversations many of us only had in private and further exposed the deeply entrenched attitudes of misogyny, workplace harassment, and objectification that had taken root in every aspect of life. Now, Harvey Weinstein is awaiting his trial for charges of rape and the planet continues to grapple with how to build upon this momentum, particularly at a time when the highest echelons of power are dominated by proud harassers.

With She Said: Breaking the Sexual Harassment Story That Helped Ignite a Movement, Kantor and Twohey take readers back to where it all began and how their months-long investigation into Weinstein exposed a world of shadowy cash settlements, non-disclosure agreements, and workplace terror involving some of the most famous women on Earth. Readers looking for a more comprehensive history of Weinstein and the myriad allegations of harassment and assault may find themselves disappointed with She Said. The book is less concerned with biographing Weinstein’s life than providing a detailed timeline of one very notable instance of investigative journalism. Kantor and Twohey have no time for emotional asides nor do they offer much in the way of the further cultural context in relation to Weinstein. This is a book solely about the hard graft, dead ends, and legal labyrinths involved in bringing a story this tough to light.

To readers in the UK, Ireland and Australia: @mega2e
and I are so happy to say that SHE SAID is being published there as well, by @BloomsburyBooks. We'd be honored if you'd read and share it. (Thread.) pic.twitter.com/EL846Ad6DV

As the book notes, Kantor and Twohey were not the first reporters who had tried to get to the bottom of the Weinstein case. Over the years, many top journalists had tried to unravel the mystery surrounding him but found themselves blackballed by legalese and a tight-knit circle of power that Weinstein commanded. For a world steeped in glitziness and Hollywood razzle-dazzle, She Said does an excellent job of showing just how glamorous and often monotonous such investigations are, even when people like Gwyneth Paltrow are involved.

Indeed, it is Paltrow’s involvement with the story that provides one of the biggest surprises of She Said. While she did reveal her own experiences of harassment at the hands of Weinstein, she was not part of the initial article that opened the flood barriers, but as the book shows, she almost was. Paltrow had been in regular contact with the journalists but remained hesitant to go on the record, as most women at the time were. What proved most shocking regarding this story was how petrified Weinstein seemed by the idea of his former golden girl — the actress who was often described as the queen of Miramax in the ’90s — speaking out against him. Weinstein seemed especially scared of losing control over the woman who he frequently used as an example when harassing women — don’t you want what she has? He made her and he can make you too if you just do what she did, and so on. What makes Paltrow’s story so fascinating is her obvious discomfort with knowing that her name and the work she did under Miramax, including winning her Oscar, was harnessed by a serial abuser for his own misdeeds, and how she remains unable to fully deal with that. Who can blame her?

As with most great journalistic investigations, the real grit and biggest revelations come from the non-celebrities. Women like Zelda Perkins, a former Miramax assistant who was harassed by Weinstein and who discovered a colleague went through a similarly traumatic experience at his hands. While they tried to seek legal recourse for what happened, they found themselves stonewalled by the legal system and were coaxed into taking a cash settlement that came with an endless list of requirements. Weinstein’s team drew up non-disclosure agreements so airtight that Perkins and Chiu couldn’t even talk about their experiences to a medical professional without risking a lawsuit. Another former Miramax employee, Laura Madden, shared her experience with Weinstein — so many of the stories follow the same pattern of behavior, involving hotel rooms, bathrobes, and intimidation into sexual action — and felt no fear about repercussions since she had left the film industry and had never signed an NDA. It is through these moments that the book fully reveals how much of such journalism is reliant on the bravery of people who have everything to lose and little in the way of a safety cushion should they fall.

What She Said fully illuminates is how justice often only exists for those who can afford it, and all too often they are not the victims. Weinstein’s team included major legal figures like David Boies (best-known for representing Al Gore in Bush v. Gore and Theranos) and Lisa Bloom, the self-styled feminist lawyer who offered to help Weinstein in a number of ways that included bolstering his progressive cred while helping to try and smear the reputation of Rose McGowan, who had prominently accused him of rape. When the legal system has so little support for victims of sexual harassment and assault as it is, and victims are encouraged to take cash settlements over getting their day in court, it’s no wonder that Weinstein managed to secure so much silence through the writing of very large cheques. Even his colleagues at The Weinstein Company tried to buy his ‘good behavior’ by proposing fines every time another harassment case landed on their decks.

However, the Weinstein case is only half the story. Once the first article dropped and the #MeToo movement began, Kantor and Twohey remained more interested in ensuring the powerful be held to justice, which leads to a significant portion of the book being focused on Brett Kavanaugh and Christine Blasey Ford. Kantor and Twohey were less involved with this story on a reporting level but this, along with talk of, who else, Donald Trump, leads to the biggest question they have to ask: What does it take for victims to be believed, especially in a system where accusations are seen as partisan attacks or business savvy? Weinstein’s accusers, to this day, are sneered at by many as embittered players of the casting couch game. Dr. Ford was seen as a weapon to smash down Republicans in a key Supreme Court battle. Every woman who has spoken out about Trump, and even the man’s own infamous words on his attitudes towards women, are dismissed as political rabblerousing, the locker-room talk of the big bulls club. Just pay enough money and it will all go away.

The book ends on an unexpected note. Kantor and Twohey gather together several of their key sources as well as other women impacted by sexual harassment and invite them to a meeting at Gwyneth Paltrow’s home. They share their stories and talk about the things that unite them as well as what makes them different (one woman, a McDonalds worker who was working to improve the company’s attitudes towards workplace harassment, had recently been made homeless.) They talk about their strengths and weaknesses and how bloody exhausting it is to be told to be strong all the time. If this part of the book is there to show how the movement is just beginning, it stumbles a little in its tendency towards platitudes.

The real force of She Said is in showing the continuing need for boots-on-the-ground old-school journalism during a time when the industry remains in a depressingly precarious place. Kantor and Twohey note that the work they and others created helped to open a door but those centuries of entrenched misogyny and rape culture will make passing through it a difficult task. Harvey Weinstein may have fallen but Brett Kavanaugh is still on the Supreme Court bench. The journey continues.

She Said: Breaking the Sexual Harassment Story That Helped Ignite a Movement is available now wherever books are sold.