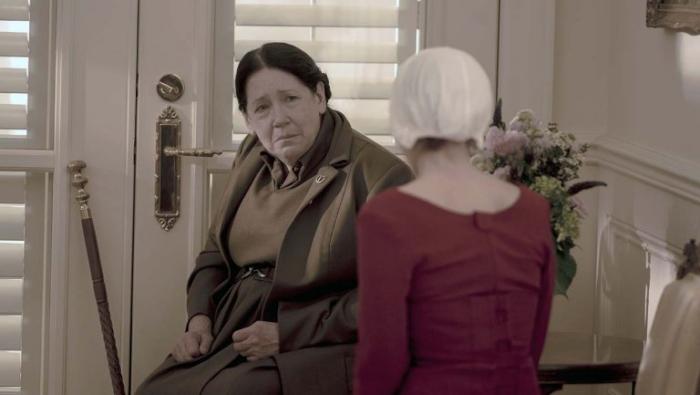 According to Jodi Kantor and Megan Twohey's 'She Said,' Lisa Bloom Was The Aunt Lydia of the Harvey Weinstein Story

Yesterday was a huge day in the book publishing industry. Margaret Atwood’s sequel to Handmaid’s Tale, The Testaments, was released (I’m currently reading that and Hannah will have a review soon), Stephen King released another book, The Institute (which is already being adapted into a television series), and Pulitzer-Prize winning journalists Jodi Kantor and Megan Twohey released She Said, a book about how Kantor, Twohey and The NYTimes brought down Harvey Weinstein. Basically, the book recounts how Kantor and Twohey finally broke the story (Lena Dunham, Jenni Konner, and Gwyneth Paltrow were actually instrumental in finding other women who would speak on the record). Among other revelations was the fact that Ashley Judd waited until 48 hours before the story broke before going on the record; big-time attorney David Boies — who represented Al Gore in Gore v. Bush — agreed to represent Weinstein in exchange for his daughter getting a movie role in Silver Linings Playbook (and David O. Russell was apparently helpful in that regard); and then there was Lisa Bloom.

No one in the Harvey Weinstein story is a worse person than Harvey Weinstein, who harassed, assaulted and raped dozens of women. But Lisa Bloom — the daughter of Gloria Allred and a “women’s rights advocate” in her own right — gave Weinstein a run for his money, playing the opportunistic Aunt Lydia in the situation, selling out the MeToo movement in order to protect Weinstein and using her experience as an advocate for rape victims to do so. If you haven’t read this memo from Lisa Bloom to Harvey Weinstein (via Yashar Ali), it will make you see red:

It's a triumph & it exposes predators AND enablers

Bloom illustrates how little most lawyers care about anyone else beyond themselves. She sold her soul to Harvey Weinstein for $895 an hour. For her part, Rose McGowan suggests that Lisa Bloom should be disbarred, but that’s the thing, isn’t it? You can’t disbar a lawyer for being a lawyer. She should, however, be disbarred from humanity.

In any respect, Kantor and Twoey — who won the Pulitzer not for journalism, but for public service — were on The Late Show last night to promote She Said and talk more about the story within the story, including the fact that Harvey Weinstein offered Mossad agents $300,000 to kill the investigation.

Just to bring this full circle, Aunt Lydia is a featured character in Atwood’s The Testaments, and if you listen to the audiobook, her character is voiced by Ann Dowd.

← We Just Want Britney Spears to Be Happy, Dammit | Jokes Seth Can't Tell: No One Inside a Black Restaurant Has Ever Heard of Seth Meyers →