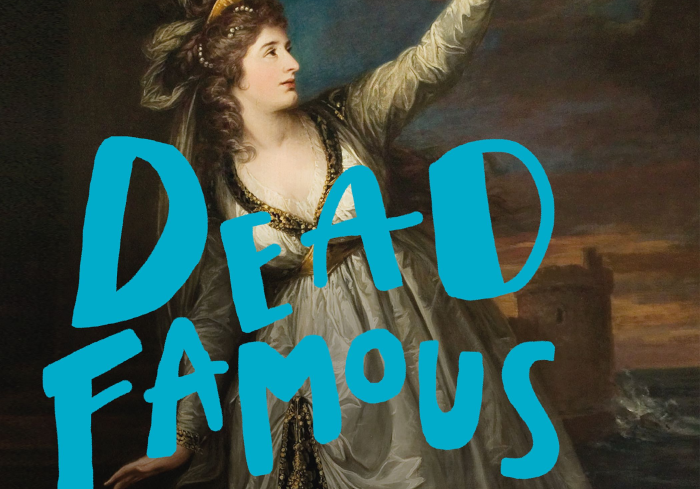 As the world sinks into the claustrophobic comforts of coronavirus-induced self-isolation, we find ourselves turning ever more to the internet for our entertainment. The cinemas and theaters are all shut, councils are closing libraries, and there’s no football on, so what else do you expect us to do? Our planet’s celebrities have never been hidden from us but now it feels like they’re ever more inescapable as they offer us brief phone-shot videos of their quarantined lives, with hand-washing advice, John Lennon sing-alongs, and the occasional delightful insight into madness (looking at you, January Jones.) Whether you find them to be a welcome distraction or an unhelpful frivolity, it speaks volumes to the power of celebrity that, even during a full-on pandemic, we still can’t stop talking about them.

None of this is new. For as long as we have had civilization, we have had notable individuals who everyone else seems to be aware of and celebrates or derides them for their visibility in our lives. For as much as we lambast the modern tabloid press for its incessant focus on the lifestyles of the rich and/or famous, we often forget or simply aren’t aware that this phenomenon took centuries to evolve and define our society. So, what is ‘celebrity’, who gets to be called one, and what’s it actually worth?

Dead Famous: An Unexpected History of Celebrity, is the newest book by author and historian Greg Jenner, who you may recognize as an adviser and occasional bit-part player on CBBC’s Horrible Histories series. The show and books were widely credited with making history accessible to kids in a fun and non-patronizing manner, something I can attest to as I was that one kid who smugly owned all of them. Jenner’s modus operandi hasn’t changed, even as his focus falls more to an adult audience, and Dead Famous carries with it much of that Horrible Histories mischief, slyly disguising a perceptive examination of something too many people write off as a waste of time.

Jenner follows centuries of history and various figures of note to show how much the concept of celebrity has and hasn’t changed, as well as creating a means to define the term in the first place. You can be famous and not be a celebrity, Jenner argues, which is how he manages to justify his no doubt controversial decision to claim that Sir David Attenborough is technically not a celebrity (rebuttals in the comments, please.) Fame can be achieved, it can be forced upon you, it can be something you’re born into, but it is in the active cultivation of it, whether by the person in question or the system around them, where celebrity comes to fruition.

Fame can happen to everyone, much in the same way that Andy Warhol one said with astounding prescience that, in the future, everyone will be famous for fifteen minutes. Jenner takes on all manner of famous figures, from Jesse James to Charles Dickens to an 18th-century Indian rhino named Clara. Some names will be familiar to you but perhaps not in this context, such as Sarah Baartman, a South African woman exhibited in racist ‘freakshows’ as the ‘Hottentot Venus’ in the early 1800s. While no one figure gets a massive amount of pages dedicated to them, what we do receive provides perfect dinner party conversation starters in ways that never feel thematically insubstantial. The celebrity who anchors much of the book is Edmund Kean, a celebrated Shakespearean actor from the late 17- to early 1800s, of whom Jenner is a self-described historical fanboy. Kean had a long hard battle to get to the top of his field before he became the undisputed star of the English stage, and once he was king of the theater, he became, to put it professionally, a full-on diva f**ker.

The book is at its best when it digs into the economics of fame, from celebrities putting their names on all manner of products — did you know that Gertrude Stein flogged Ford motor cars?! — to the commodifying of one’s own body, regardless of consent. The autonomy of women, particularly women of color, is shown as a familiar casualty of capitalism under the framework of celebrity, from model Evelyn Nesbit’s underage beauty being fetishized as the feminine ideal to Sarah Baartman being put on literal display during and after her lifetime as ‘proof’ of the supremacy of whiteness. Money is at the heart of this narrative because capitalism dominates everything but Jenner smartly maintains the momentum throughout so that we’re never stuck languishing on the drier aspects of his thesis.

This certainly isn’t a dry book. It’s chock full of one-liners, colorful descriptions, and written in the tone of your one very smart friend regaling you with the best dinner party conversations. Gertrude Stein gets compared to Miley Cyrus in a way that makes a surprising amount of sense. Jenner’s own distaste for The Greatest Showman proves particularly entertaining whenever he writes about P.T. Barnum. I laughed particularly hard at seeing Mick Jagger described as a ‘narrow-hipped, geriatric strut machine.’ It’s that kind of book. Fortunately, it never outstays its welcome or descends into naffness. There are no wannabe hip youth pastor moments where Jenner talks about Lord Byron being the Harry Styles of his day or whatever. The fun never talks down to the reader.

It’s a shame that Jenner chooses to stop his journey of celebrity in the 1950s, perhaps because this era of star studies has already been extensively documented. He does delve into the concept of fandom as a historical concept which makes reference to more modern instances of celebrity but this section could have used a little more development given the sheer breadth and oft-misunderstood complexities of the topic at hand. Still, when your major complaint of a book is ‘there isn’t enough of it,’ that’s pretty evidently a good sign that you enjoyed it. Granted, Dead Famous is entirely in my wheelhouse of interests as a celeb gossip pseudo-expert who writes hot takes for a living, but I assure you that even those who are somehow entirely unfamiliar with this world will find something to enjoy in this book.

You can now hear it in audiobook, or read it in hardback/ebook

Dead Famous: An Unexpected History of Celebrity is now available wherever you get your books. My thanks to the publisher, Weidenfeld & Nicolson, for my copy of the book. Full disclaimer: I am Twitter friends with Greg Jenner.

← Seth Meyers Gives Us 'A Closer Look' From His Hallway Because He Loves Us | Reddit Asks For Internet Rabbit Holes To Fall Into While We're All... You Know →