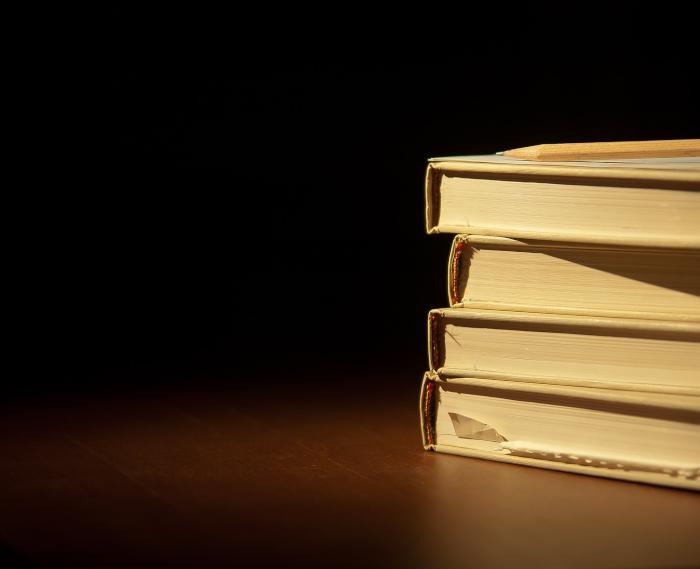 Big Books To Challenge Yourself With During Quarantine

Are you bored yet? How are you coping with self-isolation during this whole pandemic malarkey? As we continue to stay indoors and fight back against the COVID-19 virus (not to mention the sheer ineptitude of various worldwide governmental responses to it), it is imperative that we find ways to keep ourselves busy and distracted from, you know, all that. Some have taken this unexpected period of home-rest as an opportunity to try out new things, embrace challenges, and do anything that isn’t remaining curled up in the fetal position for hours on end. I, for one, have returned to the warm and welcoming embrace of my most beloved pastime: reading.

I read voraciously even when I’m not in the middle of an international crisis, and I always have. It’s been one of the few constants in my life. Nowadays, however, I don’t challenge myself with my literary choices as much as I used to. As an adolescent, I would devour any book handed to me, regardless of length, genre, or style. I miss the days when I would become so giddy at the possibility of reading a doorstopper of a classic. That’s not to say that the stuff I read nowadays — romance novels, urban fantasy, true crime, anything with vampires — are somehow unworthy of my recommendation or love. What I crave is a return to that youthful sense of adventure, and hey, it’s not like my schedule is jam-packed right now. So, I present to you, some literary challenges that you could set yourself this quarantine season, as well as one or two tasks I’d like to have a go at while I’m feeling lucky.

It’s rare that you’ll find a list of the greatest books ever that doesn’t include at least one title by Leo Tolstoy. Stefan Zweig famously described the Russian icon as being ‘the master-recorder of realities.’ War and Peace, despite its rapturous reputation, is typically seen as one of those novels that either you’ve lied about reading or bought with the express intent of getting around to it one day before letting it gather dust for the time being. Hey, I can’t judge, it’s not like I’ve read it either. Over 1,200 pages is a daunting prospect for even the most enthusiastic reader. Writer Yiyun Li and publisher A Public Space have joined forces for a free online book club, Tolstoy Together. It’s been going for a couple of weeks now but there’s still time to catch up in a way that wouldn’t be a total chore or feel like homework.

Bram Stoker’s Dracula isn’t just my favorite book: It’s my favorite piece of pop culture, full stop! I will take any opportunity to talk about it and the countless adaptations of varying quality made for film, television, and various other mediums. Like War and Peace, again, I feel like this is a novel that a lot of people claim to have read but never did. There are so many different Dracula movies out there that perhaps you just feel like you’ve read it. Don’t let the terrible Steven Moffat version be the only bloodsucking count you consume this year!

I have had the first book in Hilary Mantel’s universally acclaimed Thomas Cromwell trilogy on my Kindle for years now, having bought it when the price fell to 99p. to be fair to my younger self, it was one hell of a deal and everyone was talking about how wonderful the novel was so I knew I would get around to it eventually. Cut to 2020 and I still haven’t read it. Now, the series is complete and Mantel very well could win her third Man Booker Prize for The Mirror and the Light. I enjoy the essays but Mantel that I’ve read but there’s something oddly daunting about her novels that’s kept me at arm’s reach from giving them a go. Right now, however, I feel the need to fully sink into another world and Mantel feels like the perfect choice for that.

Shakespeare feels too much like homework for many people. The thought of reading his plays brings back horrid memories of dry English classes full of unenthused students and the overwhelming lack of fun that comes from being forced to engage with something for the sake of a passing grade. Still, you can’t beat the Bard for high drama and top-notch sex jokes, and there’s no better time to indulge your inner Calculon than right now, when we’re all homebound and dying for a captive audience. Admit it, you not-so-secretly want to do a one-person show of Much Ado About Nothing from your living room. It’s okay. I won’t judge.

I know it may sound shocking but there are people out there who have never read a romance novel in their entire lives. What a tragedy. Now, during these bleak times, we need lightness and joy and a good old-fashioned happy ever after. You owe it to yourself to become a romance reader right now. Whatever your tastes, no matter how you prefer life, love, or literature, I guarantee that there is a romance out there for you that will become the ultimate gateway drug for the rest of this vast genre. Just check out some of our old romance posts or ask for recs and we’ll be happy to help you out!

I must confess that this has been my main literary challenge this year, as I discussed in a previous post detailing my pop culture resolutions for 2020. I’m not bragging or anything but hell yeah I’ve managed to read ten books in the Vampire Chronicles series AND all three of the Mayfair Witches novels so far! I’m particularly proud of the latter achievement because I never got around to reading that series as a teen when I was at the peak of my Anne Rice fandom (the first book, which is about a thousand pages long, is truly brilliant, then it goes totally bonkers after that.) I’m now in the home-stretch and, even as the books got more infuriating and the dip in quality was highly noticeable, I’ve found the chance to devour this saga with fresh eyes untainted by nostalgia to be a wholly invigorating experience. So, of course, I heartily recommend it to everyone else. Just let me know once you get to the second half of the series so we can discuss where it all went wrong.

What are you currently reading during your period of self-isolation? Have you set yourself any literary challenges for these dark times? Let us know in the comments.