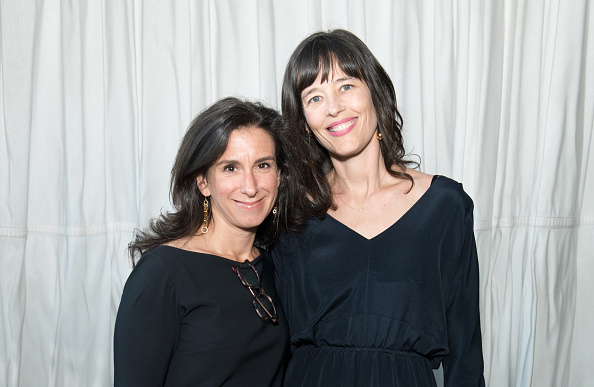 Women Talking by Miriam Toews
In 2009, it emerged that a Mennonite community based in the remote lowlands of Bolivia had been turned upside down by an epidemic of rape, with potentially hundreds of women being drugged and assaulted over a period of several years and being gaslit into believing what they experienced were either dreams or the work of the devil. In taking on this tangled and emotionally turbulent story, Miriam Toews did not make things easy for herself. Her reimagining of this period takes the form of Women Talking, a startling and urgent book wherein eight Mennonite women gather for meetings to decide whether they should stay in the only home they’ve known or leave now that their abusers have been jailed. The colony’s bishop wants the women to forgive the men and move on so that they can all ensure their places in heaven after they die. The book unfolds as a series of dialogues transcribed by August, a schoolteacher and the only man allowed into these meetings due to his literacy. The women’s conversations are angry, philosophical, and raise many thorny issues surrounding their faith and the duty of women within this church. Women Talking is not an easy read, both in terms of style and content, but it’s one that keenly understands the struggle for women to gain power over their own destinies. — Kayleigh Donaldson

Evie Drakes Starts Over by Linda Holmes
NPR’s Linda Holmes’ debut remarkable debut novel features perfectly drawn, warm characters; clever dialogue; and a flawlessly structured, simple story. It’s a romantic comedy — one of the best I’ve ever read — and I could almost see the entire book as though watching it on Netflix, a terrifically enjoyable 95-minute love story starring (in my mind) Rachel McAdams (with a light Maine accent) and Milo Ventimiglia that straddles the line perfectly between sweet and sentimental. It is sure-handed and lovely, smart but accessible, and magnificently charming, the sort of book that’s hard not to devour. — Dustin Rowles

Mouthful of Birds by Samanta Schweblin
Argentinian author Samanta Schweblin’s short story collection is easy to describe as weird or hallucinogenic or esoteric but that really doesn’t do her work justice. Mouthful of Birds is chock full of gorgeous bite-sized tales that linger in unexpectedly unnerving ways. She spins strange and compelling concepts, hooks you in, then leaves you without the finality you crave but all the tension remains. The title story is about exactly what you think it’s about! Imagine if Salvador Dali’s paintings were short stories written by Shirley Jackson and you’re halfway there. — KD

Miracle Creek by Angie Kim
Earlier this year, the F.D.A. had to put out an actual statement informing people that drinking bleach will not cure autism, which seemed pretty obvious to me, but then again, it’s also one of the plot elements in Miracle Creek, a sort of family drama/murder mystery/courtroom drama about the death of a child. It’s about an experimental treatment center in Virginia — a hyperbaric chamber — that treats people with a number of issues, including autism and infertility. When the treatment center explodes, there’s an investigation and a trial trying to determine who is responsible among the group of people using the treatment center and its owners. Basically, it combines three of my favorite book genres and delivers one hell of a great pageturner. — DR

Catch and Kill by Ronan Farrow and She Said by Megan Twohey and Jodi Kantor
The three journalists who helped to break the Harvey Weinstein story indelibly reshaped the final years of the 2010s, and their subsequent books offered piercing insight into how good old-fashioned boots-on-the-ground investigatory work got the job done. While Twohey and Kantor’s book is a more straightforward but no less gripping expose of the sheer grunt work it takes to get a story from idea to front page, Farrow’s is a denser and more contextual affair, one that embraces his own undeniable celebrity and how that shaped the work he did. What both books do (and I recommend you read both to get the full picture) is show the months of secret labor required to make journalism worthwhile. Farrow’s book is especially fascinating because he exposes how being in the limelight himself and coming from a famous family shaped his approach to the Weinstein case and made him a target for the producer’s paranoia. We may never fully deal with the ramifications of what Weinstein’s fall exposed in the entertainment industry and society at large but both She Said and Catch and Kill provide the tools we need to know how we got here in the first place. — KD

Daisy Jones and the Six by Taylor Jenkins Reid
Taylor Jenkins Reid’s Daisy Jones and the Six is an intoxicatingly great book. I’d never read a Taylor Jenkins Reid book before, but this one hit me in the sweet spot. It’s told through the interview format, and the Audiobook includes an outstanding voice cast that includes Jennifer Beals, Benjamin Bratt, Judy Greer, Pablo Schreiber. It’s about the rise and fall of a fictional ’70s rock band. It is so good and so believable, however, that it often escaped me that it was a fictional band, and I found myself badly wanting to seek out their music, which is described in such intricate and wistful detail that I could almost hear the songs. It’s terrific, and if you’re into old-school Rolling Stone-like musical biographies, you’ll dig Daisy Jones. — DR

Your House Will Pay by Steph Cha
Primarily a writer of noir-esque crime fiction, Steph Cha made her first step into the realms of the literary with a taut drama that examined the tensions between African Americans and Korean Americans in Los Angeles. Inspired by the story of Latasha Harlins, Your House Will Pay follows two families in the ’90s and modern day and how they were impacted by the death of a black teenager at the hands of a Korean shopkeeper. For Grace Park, her sheltered existence has left her shut off from the brutality of her mother’s actions, and for Shawn Matthews, the sister of Ava the murdered teen, his own fractured family will forever live in the shadow of a tragedy that became a symbol. This is not an easy period of history to dramatize and Cha smartly refuses to take the easy way out, instead offering a deftly layered and astute portrait of tragedy, both public and private. Cha’s skills as a crime writer offer the novel a propulsive pace but never at the cost of the narrative’s introspective approach. This is one that will stick with you long after you’ve put it back on your shelf. — KD

Fleishman Is in Trouble by Taffy Brodesser-Akner
Fleishman Is in Trouble is about a well-to-do couple in their 40s going through a divorce and mid-life malaise. The book, however, is really about marriage, and how —- after kids and successful careers enter into the equation —- couples measure themselves against each other, and how we are often so focused on our own contributions to the marriage that we neglect — or can’t even see — the contributions of the other spouse. It is a thematically rich novel, but it’s also a clever and fun read, a soul-searching book that may prompt its readers to re-examine their own marriages as they watch that of the Fleishmans unravel. — DR

Trick Mirror: Reflections on Self-Delusion by Jia Tolentino
Usually, when I hear the phrase ‘the voice of a generation’ used completely unironically to describe someone, I run to the hills in frustration. What a ridiculous and overwhelming concept to stick on the shoulders of one person. Jia Tolentino, however, can wear that badge with pride should she so choose to. The staff writer for The New Yorker has written many rigorously researched and enlightening pieces over the years, taking on everything from vaping to campus rape to that awful song ‘Rude’ that was inescapable for a hot minute. This time around, her first book is bound together by the theme of delusion and the ways we trap ourselves with misreadings, wilful or otherwise, of our world and the lives within it. She is as piercing in her examinations of her own youth appearances on a low-rent reality TV show as she is in showing how watered down and uncritical feminism can create long-lasting problems. Her work has been compared to Didion which feels somewhat accurate although Tolentino is less interested in the chilly distance of objectivity that Didion so often strived for. Trick Mirror is more concerned with forcing its reader to come up with more questions than they had when they started reading the book. She’s a writer for the moment with the self-awareness to know that ‘the moment’ is more fleeting and ephemeral than ever. Out of all the books I read this year that made me want to quit writing myself out of frustration that I’d never be as good as them, Trick Mirror was the one that left me with the most overwhelming sense of inferiority. But in a good way! — KD

The Nickel Boys by Colson Whitehead
Whitehead’s follow up to the Pulitzer Prize-winning The Underground Railroad, is one of the best-written books of the year, but it is also one of the bleakest. It’s about a reformatory school Florida during the Jim Crow-era where the staff beat, tortured and even murdered mostly black students, who had absolutely no one to turn to for help. It’s inspired by real-life events at Florida’s Dozier School For Boys, where some 81 kids were killed, their remains buried in unmarked graves around the school. It is a hellish book to read, and Whitehead spares the reader none of the horrors. — DR

← What Parts of 'The Subtle Knife' Will Be in Season Two of 'His Dark Materials'? | An Ode to 'Star Wars: The Rise of Skywalker's Hux, Our Favorite Petty B*tch →